Will the new collectivization initiatives alter the course of Chinese prosperity and the tech firms' standing at the global scale?
Anna Vod
Sep. 22, 2021 23:37 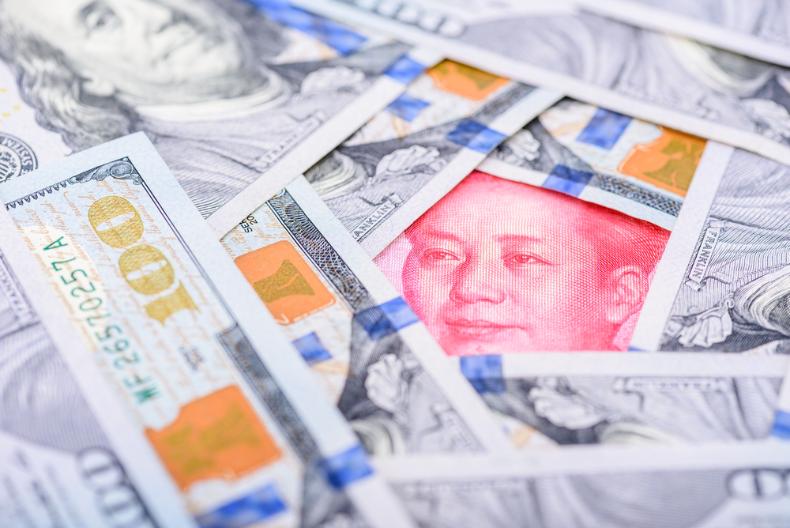 (CapitalWatch, Sept. 22, New York) Lately, the term "common prosperity" has become frequent in China, rivaling terms like "multilateralism" and "digital economy" in political lingo. Already, two of the nation's tech conglomerates, Alibaba and Tencent, have each pledged $15.5 million to the initiative. Both have been beaten down by China's probes, fines, and new regulations over the past few months – and are doing their best to appease the government. But where will this capital go? President Xi's – and thus the nation's – drive termed "common prosperity" has raised some questions. Reuters called the initiative a "financial black box" as the purpose of the investments remains somewhat blurred.

And it's not just the money. Beijing has been going after stakes in the nation's top tech titans as those have amassed power in terms of user data and influence over the consumer. It is now down to these two initiatives that are bound to change significantly the course of Chinese tech development and wealth concentration.

The common prosperity initiative and Beijing's partial overtake of private techs are two sides of one collectivization coin that may ultimately lead to stifling and the weakening of the Chinese companies' standing at the global scale and in financial markets.

"Common prosperity is an essential requirement of socialism and a key feature of Chinese-style modernization," Xi Jinping said in an Aug. 17 speech at the Central Committee for Financial and Economic Affairs. Now repeated over and over, the initiative brings new hope to the nation's lower class, says state-run news agency Xinhua.

In an explainer earlier this month, the medium denied that common prosperity is about "robbing the rich to help the poor," but rather "allows some people to become well-off first, who then inspire and help the latecomers."

Xinhua also denied that donations are mandatory under common prosperity and the encouraged "tertiary distribution." Instead, it wrote, donations "should be encouraged through taxation policies." Meaning, a change in taxes will soon follow – and it will not be in favor of the big companies.

People's Daily, another official news agency, said common prosperity is about "expanding the proportion of middle-income groups, increasing the incomes of low-income groups, reasonably adjusting high incomes, [and] banning illegal incomes." According to Credit Suisse, the 1% elite population today control 31% of the nation's wealth – and Beijing is now making the socialist move that could bolster the bottom of the pyramid.

And some companies have jumped in on the initiative, with those most battered by regulators over the past year at the front of the movement. But Beijing has yet to provide specific rules as to how common prosperity will go into effect.

It would be easy to pinpoint the beginning of the antitrust move to Jack Ma's speech at the Bund Summit in late October 2020 – a mildly critical take on the government's interference in business, stifling innovation, and "outdated supervision" in the fintech sector. After his presentation, Ma went missing from public view for months, the record-breaking IPO of his fintech arm Ant Group was postponed, and numerous fines and restructuring requirements were imposed on Ant and Alibaba. But President Xi's regime has long kept an eye on its private industry leaders that have looked to compete with the West in innovation. The Wall Street Journal reported back in 2017 that the Chinese government was already pressing the companies to give up a 1% stake and some control.

And it is easy to foresee the markets' response if companies like Didi Global Inc. (NYSE: DIDI) establish links with the government. Already, talk of banning TikTok in the United States has resumed in Washington after ByteDance sold a 1% stake to three state entities: China Internet Investment Fund, China Media Group, and Beijing city's investment arm. The deal took place in April but had surfaced in the media last month, with Bloomberg showing that a government-appointed director now sits on the board of ByteDance's domestic entity, which controls China's TikTok, Douyin. In response, Republican senator Marco Rubio urged President Joe Biden to finish what Donald Trump had started (and failed) at about the same time last year – banning TikTok in the United States.

Over the past few years, Washington has been squaring down on both listed and private companies from China that have some ties to the government. The new Holding Foreign Companies Accountable Act requires listed firms to disclose such ties – and how Washington will deal with those that do have the ties has yet to be clarified. So far, entities designated as a Communist Chinese Military Company have been blacklisted and delisted. These included telecom and oil giants China Mobile Ltd. (HKEX: 0941), China Unicom (Hong Kong) Ltd. (HKEX: 0762), China Telecom Corp. Ltd. (HKEX: 0728), and CNOOC Ltd. (HKEX: 0883). Some companies, namely, smartphone maker Xiaomi and Luokung Technology Corp. (Nasdaq: LKCO) fought the designation in court, won, and were reinstated in trading.

In addition to Didi, which has denied that Beijing will acquire a stake, Alibaba's Ant Group has recently given up partial control to the government in a break-up of its credit business. Last year, a subsidiary of China Internet Investment Fund, WangTouTongDa, acquired a 1% stake in Weibo Corp. (Nasdaq: WB). Weibo has also reported that the state investor has the right to appoint a director to its board.

So far, Biden has eased his predecessor's push to ban Chinese platforms left and right by placing those under a less partial review looking for potential risks to national security.