Xi Triples Down as Opposition Grows in China

Here's how the controversial decision is impacting the market. 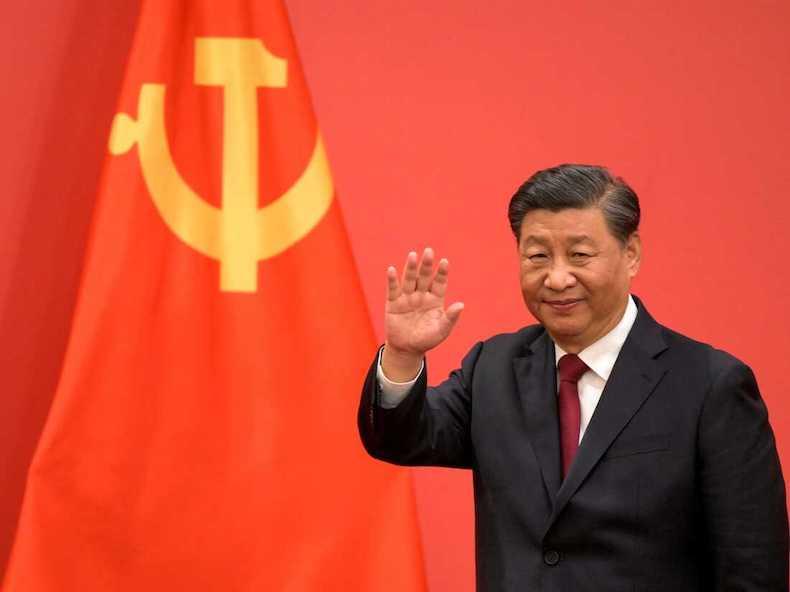 The results of the Communist Party Congress were shortly followed by the release of third quarter economic data, the publication of which was stalled until after the gathering.

The relatively positive economic results of China's delayed report did little to assuage the markets.

In the third quarter of 2022, China beat expectations of GDP growth and industrial activity but fell short for imports. The property market's continued struggles after a year of lockdowns and a regulatory crackdown dragged the results down the most.

The Chinese economy grew 3.9% year-over-year in the third quarter of 2022, beating a Reuters poll of economists that predicted 3.4%. The growth was heavily boosted by industrial output, which went up 6.3% in September from the previous year, surpassing expectations of a 4.5% increase and 4.2% growth in August.

Concerned by the implications of Xi's third term, investors started offloading shares in Hong Kong. The selloff drove the Stock Exchange of Hong Kong to its worst day since the 2008 global financial crisis, dropping 6.4% and closing at its lowest level in over a decade.

Foreign investors are concerned that Xi's power grab will continue regulations that are dampening China's economic performance such as the zero Covid policy. As the rest of the world also remains economically tumultuous, it seems many investors aren't willing to take any more risks than they have to.

The yuan also dropped to a 14-year low against the US dollar in the onshore market, and it came close to an all time low in the offshore market after falling 0.8%.

So, what does China's political and economic climate mean for the rest of the world?

As the second largest economy globally, China's political and economic activity will naturally have an influence across industries. It's too soon to tell, however, exactly how this will play out.

China's strict lockdown policy saved it from the worst-case scenario of the pandemic, but its continuation has sparked discontent and dragged down economic performance.

Additionally, analysts say the supply chain disruptions caused by the month-long lockdown of Shanghai ruined China's chances of reaching 5.5% GDP growth this year. The people of Shanghai suffered greatly from the closure of businesses and struggled to access food and healthcare while the city was closed down.

A May survey from the German Chamber of Commerce showed that over half of German companies' logistics and warehousing were impacted by the Shanghai lockdown. Around 40% of the companies reported a complete disruption or severe impact on upstream supply chain operations because of shortages of raw materials and upstream products.

Economies around the world rely on China for manufacturing and raw materials, especially semiconductors and batteries. As the world already struggles with supply chain disruptions and shortages, another major lockdown could have the same impact on businesses abroad.

Additionally, if political tensions in China continue to rise, the civil conflict would also have a major impact on diplomacy, making trade even more difficult.

Global economic conditions remain tense as the Russia-Ukraine war continues and inflation balloons worldwide. The new developments in China are likely to add fuel to the fire of uncertainty.