What Could the Biden-Xi Talk Mean for Investors? 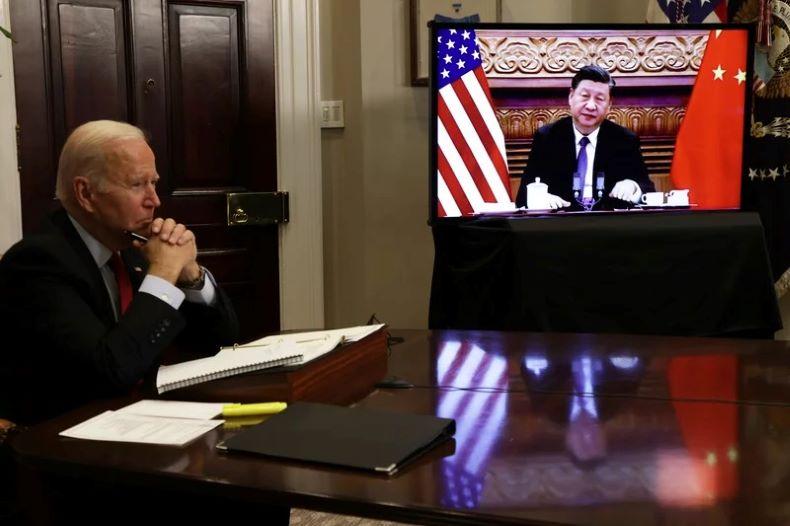 (CapitalWatch, Dec. 2, New York) The talk between Presidents Joe Biden and Xi Jinping in November was a milestone in the evolving U.S.-China relations, and both leaders expressed a desire for increased cooperation. Xu Wu, the editor-in-chief of CapitalWatch and associate professor at the Cronkite School of Journalism and Mass Communication, said the meeting's outcome can give more confidence to investors.

"I think the investors from both the U.S. and China broke a collective sigh of relief after watching the two leaders communicate directly after an unusually long period of stonewalling each other," Wu said. "Given the increasingly hostile environment between these two superpowers, the video conference went better than expected."

This was the first formal meeting between the two leaders since Biden took office, and it consisted of hours of discussions over a vast range of issues. The talks seemed to strike a positive tone overall, though the countries still diverged on several topics, and little progress was made on some key issues.

"Although China's and United States' foreign policy spokesperson released different versions of the laundry list of issues covered in the marathon session, both seem satisfied with the performances from the other party. Tentatively, we can assume that the Sino-U.S. relationship is back on a safer track for now," Wu said.

Many of the largest points of contention between the U.S. and China aren't related to finance, though the disruptions they cause impacts industries nonetheless.

"Over the last couple of years, the overriding headwinds for Chinese companies listed in the U.S. have come not from the business front, but rather from the geopolitical front," Wu said. "The uncertainty about China's new direction of domestic policies was compounded by the frequent negative policies and narratives coming out of Washington D.C."

The two countries have had a contentious political relationship in recent years, and many disagreements remain. These include national security and cybersecurity concerns, as well as concerns over military, diplomatic, and economic measures in relation to Taiwan and Hong Kong. Beijing considers Taiwan a part of China and urged the U.S. to continue its support of a one-China policy.

The improved communication between the two countries and shared interest in issues like combating climate change and improving trade relations is good news for future business prospects, but even now, despite high tensions, the countries maintain a valuable trade relationship. According to the Office of the U.S. Trade Representative, in 2020 U.S. goods and services trade with China was estimated to be around $615 billion with exports totaling just under $165 billion and imports were $450.4 billion. The U.S. goods and services trade deficit with China was $285.5 billion in 2020. Wu said that the talk is a positive start, "whichever way you look at it."

"A direct communication between two leaders will set the stage for real negotiations between lower-level officials. Trade relations are on top of the to-do list, and I believe both Biden and Xi are eager to open a new chapter on trade policies. However, many of the issues troubling China and the U.S. are deep-rooted and impossible to resolve through one talk," Wu said.

Officials said that the talk wasn't expected to and did not yield substantial progress on many issues, but they were pleased with the outcome nonetheless. This new development has improved confidence, but Wu said investors shouldn't rush into anything and instead play it safe.

According to Wu, "The safest strategy for the U.S. investors is to be conservative--better safe than sorry. If the tension can be eased to a certain extent, that will help build up the bullish position on Chinese stocks among the U.S. investors tremendously."