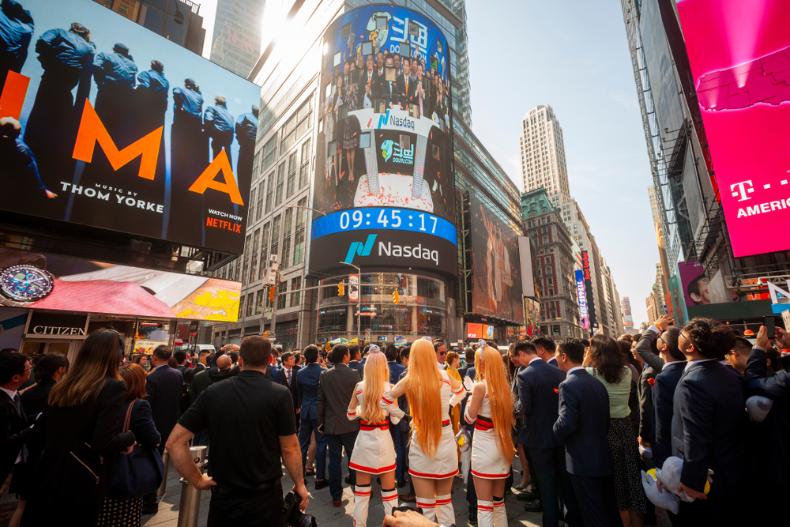 (CapitalWatch, June 29, New York) Chinese IPOs have slowly made their way back to New York, with two listings of just four this year having occurred in the past month. These were microcap stocks only, which make up the vast majority of U.S.-China IPO seekers this year. And there is no lack of candidates – just last week, chip designers Intchains and Nano Labs filed for IPOs, and so has Hong Kong's Wang & Lee Group Inc.

The firm, an offshore holding with an operating subsidiary in Hong Kong, is another applicant for a deal under $25 million, $16 million to be exact. Wang & Lee is offering 4 million of its ordinary shares at $4 apiece; Boustead Securities, LLC is listed as the underwriter.

Founded in 1981 as an electrical services provider, Wang & Lee has expanded its scope of installation and construction services to ventilation, air conditioning, fire system, water supply, and sewage disposal. In its prospectus, it boasts of having serviced Ocean Park and Hong Kong Disneyland. With a number of its clients, Wang & Lee has established long-term partnerships, and it is also an authorized dealer of an American air-conditioning equipment manufacturer.

Among the risks in Wang & Lee is the declining real estate market in Hong Kong, plus labor shortage and rising labor costs may weigh on the profitability of electrical and mechanical contractors. Wang & Lee said in its filing that the company plans to focus its resources on smaller scale projects that generate sustainable profit margins and raise capital.

Of the IPO proceeds, 38% would fund working capital, 7% would go into setting up a new workshop with new machinery for testing and integrating a MVAC system, 11% will go into the development of Extra Low Voltage business, 25% into a Cloud Building Management System for energy saving, and 24% into purchases of properties, according to the prospectus.

The company has applied to become publicly traded on the Nasdaq Capital Market under the symbol "WLGS."

"It's a good sign that Chinese stocks have stabilized after their recent crash. However, Chinese companies that listed in the U.S. in 2020-2021 still average a return of -58.4% from IPO, with less than 10% trading above the offer price. That is worse than the overall average," Kennedy wrote to CW in an e-mail.

Kennedy also said it's hard to tell when investors can expect to see a listing from a top Chinese tech firm, citing the Beijing regulators' "forceful encouragement" with Didi Global (OTC: DIDIY), as well as the U.S. PCAOB auditing checks under the HFCAA.

"Thirdly, the U.S. IPO market is largely closed due to the recent sell-off and high volatility. Fourth, Chinese stocks in particular have delivered some of the worst returns, which would make investors hesitant to buy."

In a June 24 blog, Renaissance Capital wrote Chinese companies now comprise "28% of the visible U.S. pipeline by deal count, and 8% by proceeds." Yet, as the firm pointed out in the same report, AMTD Digital and Atour Lifestyle, targeting $120 million and $100 million IPOs, respectively, have kept their U.S. SEC filings up-to-date should the ice break.

Just in June, two China-based firms have completed their IPOs out of four U.S.-China IPOs this year in total. Last week, Golden Sun Education Group Ltd. (Nasdaq: GSUN) lifted off in a $17.6 million deal and skyrocketed to nearly $20 per share from $4 per share. Earlier in June, Hong Kong-based online trading broker Zhong Yang Financial Group Ltd. (Nasdaq: TOP) made its striking $25 million debut and now trades at about $30 per share, significantly above its issuance level.