The JV between DealGlobe and Vision Knight will focus on smart cars and cross-border e-commerce in China, both sectors seeing surging demand.
Anna Vod
Feb. 27, 2022 00:50 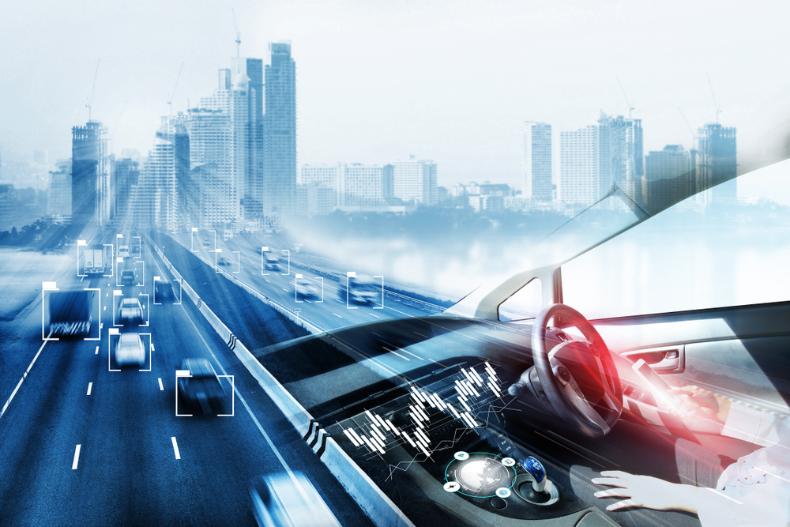 (CapitalWatch, Feb. 26, Hong Kong) These days, it's all about SPACs on the Stock Exchange of Hong Kong. Since the city first green-lit SPAC listings on Jan. 1, six acquisition vehicles have submitted their applications, with the first spot reserved for a blank-check firm backed by China Merchants Bank. This may occur as soon as in the first quarter, and more will follow.

The latest to get in the queue for a SPAC listing was Vision Deal HK Acquisition Corp., the child of an interesting partnership of Vision Knight Capital, DealGlobe, individual investor Mr. Lou, and Opus Capital.

Earlier this month, CapitalWatch interviewed one of the partners, David Zhe Wei of Vision Knight, a consulting-first private equity investment fund in Shanghai. Now, we have talked to Lin Feng, the founder of the cross-border investment bank DealGlobe Group, with offices in Shanghai and London.

"We are always looking for sector champions," Feng told CW as he described his investment philosophy and the de-SPAC target. "If they are not No. 1, they should at least be in the top two within a very niche sector."

The newly formed special purpose acquisition company will seek a de-SPAC target in the smart car technologies sector or cross-border e-commerce, according to the filing with the Hong Kong exchange.

"Both the auto technology market and cross-border e-commerce have been growing significantly over the past three years," Fend said in the interview. "There are now probably more than a dozen unicorns in smart car technology in China, and the underlying market is driven by strong consumer demand."

Feng likened the auto market to the mobile phone sector, saying the trend is to make the car smarter. "Many traditional OEMs are shifting to the NEV sector, but we are not solely focusing on NEVs. We say: let's focus on smart car technology, which would include this new wave of NEVs as well as the traditional cars. We think the related technology and the supply chain to some extent will create an even bigger opportunity because of the downstream OEM demand."

Commenting on the current headwinds in the auto industry, Feng said that the chip shortage can be both a challenge and an opportunity. Limited volume means higher pricing and better margins. As to the reduced subsidies in the NEV sector, Feng said those are not sustainable. "At the end of the day, you need to rely on the consumer demand," he said, "and we can see a very strong demand."

As to cross-border e-commerce, there has also been a growing number of unicorns in the sector, "driven by very strong supply chain and manufacturing abilities in China, local demand, and demand in the U.S. and Europe," according to Feng. He added that both focus sectors have benefited from the Covid-19 pandemic.

Meanwhile, Feng added, should an opportunity arise in another sector, it will not be ignored.

Feng pointed out that the novelty of SPACs in Hong Kong means stricter regulations compared to the established SPAC market in the U.S. Thus, the de-SPAC company in Hong Kong must be in the revenue-generating stage and have the backing of several institutional investors.

A graduate of ESCP Business School, Feng has served as an investment professional at Summit Partners, UBS, and Merrill Lynch. Early on in his career, during 2013-2014, Feng began growing his network and founded the Association of Chinese Financial Professionals in the U.K. At the time, Chinese investors were increasingly looking to Europe – and the association quickly reached several thousand members. Feng saw the opportunity – and launched DealGlobe, focusing on M&As and late-stage investments between China and Europe.

"We built a bridge between China and global capital," Feng said about the founding of DealGlobe.

As of December 2021, the eight-year firm has executed $3.5 billion worth of transactions and $60 million in investment deals. Among its most notable deals are mobile ads and services provider Mobvista (HKEX: 1860) and global tech platform AppLovin (NYSE: APP).

Feng said about the partnership with David Wei and Vision Knight: "There isn't much overlap in what we do and what David does. That makes us the perfect partners and very complementary to each other."

The two have known each other for about seven years, having met through a big investor, Feng said. Sharing a similar background merging Europe's school of investment, a career in banking and advisory consulting, plus ties to China, the two have become friends.

Wei is known as the former chief executive officer of e-commerce giant Alibaba (NYSE: BABA; HKEX: 9988), where he served until 2011 before founding Vision Knight. The firm engages in advisory consulting and invests in late-stage companies in China. Its portfolio counts toy giant Pop Mart International (HKEX: 9992) and Shenzhen-listed charging technology developer Anker Innovations. In December 2021, Vision Knight managed $2.2 billion in assets, according to a filing with the Hong Kong securities authority.

Feng called the Vision Deal venture a "hybrid product" combining the aspects of an IPO and an M&A. This resonates with the current exit trend among equity funds in China that is shifting away from the traditional IPOs and toward M&As.

Upon the listing of Vision Deal, the completion of the de-SPAC merger may occur in as soon as 18 months.

All information contained herein as well as on the CapitalWatch website is obtained from sources believed to be reliable but not guaranteed to be accurate or all-inclusive. All material is for informational purposes only, is only the opinion of CapitalWatch and should not be construed as an offer or solicitation to buy or sell securities. The information includes certain forward-looking statements, which may be affected by unforeseen circumstances and/or certain risks. This report is not without bias. CapitalWatch received remuneration for this report. Please consult an investment professional before investing in anything viewed within.