The company seeks to expand its U.S. presence and benefit from Biden's support for the clean energy industry. 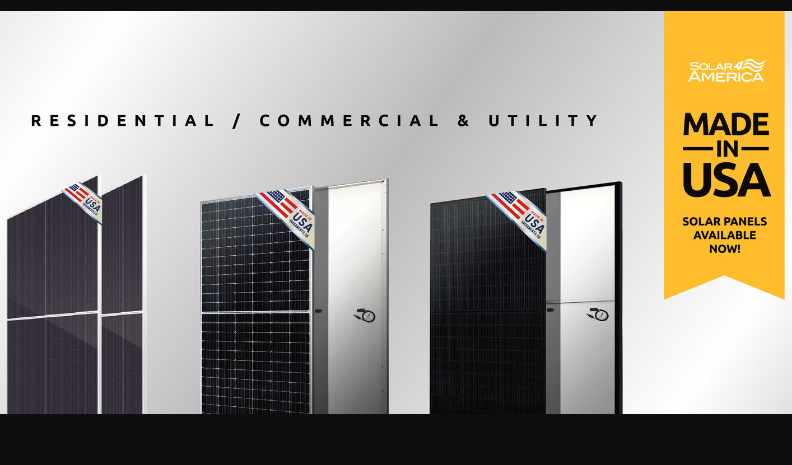 In the United States, SolarJuice currently installs solar energy systems to residential and commercial customers in California. In February 2021, SJ America acquired certain assets of Petersen-Dean, Inc. – in business since 2009, the firm went through Ch. 11 bankruptcy amidst the Covid-19 outbreak in 2020.

Previously, SJ America provided installations in Nevada, Texas, Colorado, and Florida as well, but halted the business in July 2022 "due to insufficient business volume and profitability," according to the prospectus.

In Australia, SolarJuice owns 80% of SJ Australia, where it designs and sells its own private brand of PV products under the trade name "Opal," and delivers throughout the country. In the prospectus, filed with the U.S. SEC, the company said it sold products to 900 installers in Australia over the past three months.

Lastly, SJ Technology makes "Made-in-America" solar modules under its Solar4America brand. It opened its first factory in January 2022 in McClellan Park, California, which began pilot production in the second quarter of 2022 and began delivering modules weekly during the third quarter of 2022. By the year-end, SJ expects to achieve capacity of 650MW per year. By the end of 2023, it expects to expand to 2.4 GW per year, the prospectus stated.

SolarJuice expects to benefit from President Biden's investment and domestic production tax credits for clean energy equipment per the Inflation Reduction Act of 2022. The company sees the solar market growing significantly in the near future thanks to the recent regulatory changes, while market data from the U.S. Energy Information Administration supports these claims.

Yet the company expects to begin generating operating cash flow from its California production in the fourth quarter, and the management relays a positive outlook, considering both debt financing and equity capital financing, according to the prospectus.

SolarJuice said in the securities filing that it may see negative impact from any additional trade restrictions on China-imported solar modules, cells, inverters, batteries, or related products that Washington may impose. Earlier this year, the Biden administration began a review of the increased tariffs on imports launched in 2018; the outcome may be regarded as a potential risk for SolarJuice.

Another risk is the increased price on polysilicon in China, which is the largest producer of the materials used in solar manufacturing. This factor, as well as semiconductor shortages and potential additional factory shutdowns due to Covid-19, may also be seen as risks to SolarJuice's business.

SolarJuice said it plans to use the proceeds from its share sale to expand its U.S. assembly factory for solar modules. In addition to its new factory in California, the company plans to build a 2.5GW module assembly factory on the East Coast using machinery from Asia. It also plans to invest in its roofing and installation business. Another portion of the capital will be used to expand its distribution in Australia.

SolarJuice has applied to list its ordinary shares on the Nasdaq Capital Market under the symbol "SJA." Maxim Group LLC is underwriting the deal.