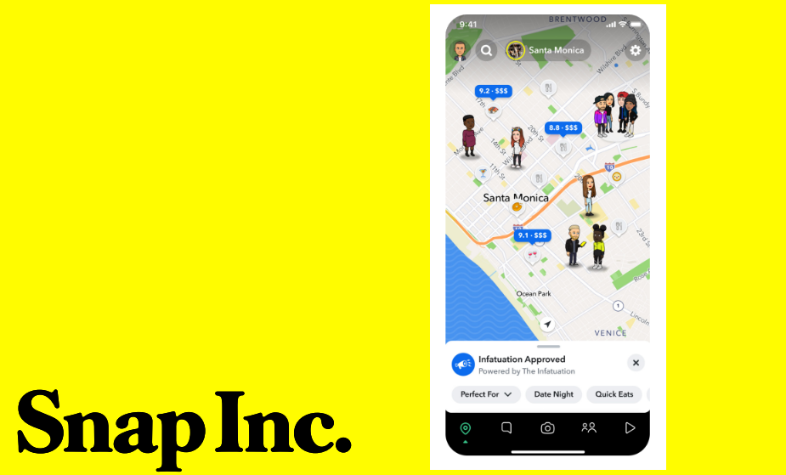 (CapitalWatch, Oct. 21, New York) Shares in Snap (NYSE: SNAP) were down nearly 29% in pre-market trading Friday after the social media company posted revenue below expectations for the third quarter.

Snap booked 6% revenue growth year-over-year to $1.13 billion compared to the $1.14 billion analysts expected, according to Refinitiv. Adjusted earnings per share reached 8 cents, but net loss widened 400% to $360 million, attributed in part to a $155 million restructuring expense, according to the report.

In a letter to investors, the company said "platform policy changes, macroeconomic headwinds, and increased competition" were the factors that negatively impacted its business as ads companies have decreased their marketing budget.

The company still reported rising user numbers, up 57 million, or 19% from the preceding year to 363 million. Its average revenue per user (ARPU) however, declined 11%, the report showed. The company noted some improved metrics in the global market, but in the U.S., time spent watching content declined 5%, it said.

Snap noted the headwinds and said it took to better engage the community, diversify revenue, and investing in AR. Its premium subscription service, Snapchat+, now has some new features to attract new users and is offered in 170 countries just three months after its release.

"We expect that the operating environment will continue to be challenging in the months ahead and believe the actions we are taking provide a clear path forward for Snap," the company wrote.

SNAP stock tumbled to $7.68 apiece in pre-market. Year-to-date, shares in the company are down about 85%.

The company's disappointing financials pushed down other social media stocks Friday, as Snap was the first to release its figures. Facebook (Nasdaq: META) and Twitter (NYSE: TWTR) slipped about 4%, Pinterest (NYSE: PINS) tumbled 8% in pre-market.