The war has begun: after a few weeks of tense situation, Russia has taken a radical step and started an invasion of Ukraine. How will this affect gold?
Arkadiusz Sieron
Feb. 24, 2022 14:13 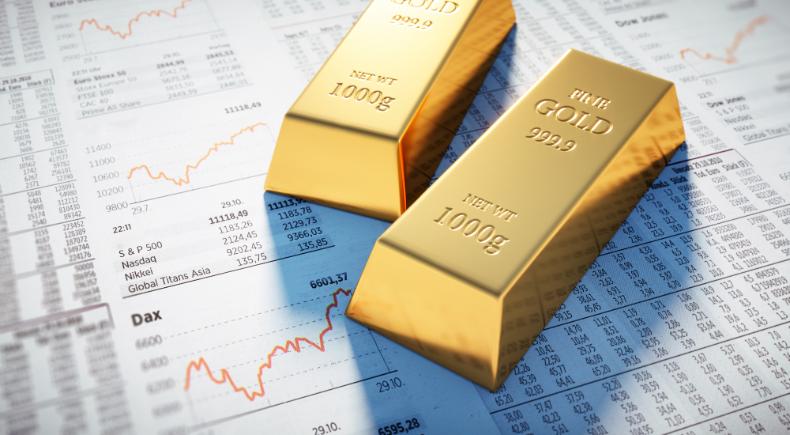 In response, Ukraine declared a state of emergency, while the EU banned purchases of Russian government bonds and imposed sanctions on most members of the Russian parliament. Germany froze approvals for the Nord Stream 2 gas pipeline. American President Joe Biden also released the first tranche of sanctions against Russia, targeted mainly at banks and sovereign debt, and promised further moves:

Putin wasn't apparently impressed by these sanctions, as he authorized a military operation in eastern Ukraine early Thursday. The invasion has started. 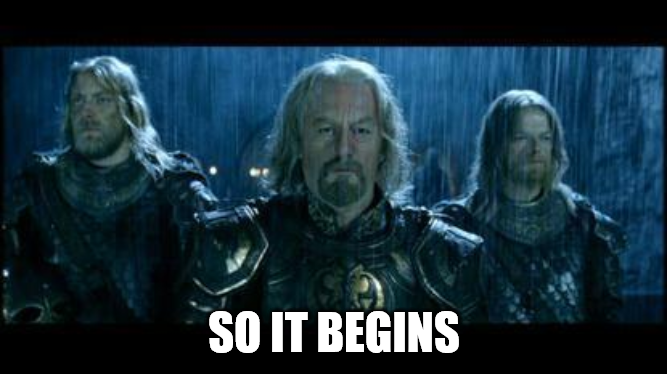 Indeed, there are reports of Russian troops crossing the Ukrainian border in multiple locations, and of explosions in many of the country's cities, including the capital, Kyiv. Ukrainian Foreign Minister Dmytro Kuleba tweeted that:

Putin has just launched a full-scale invasion of Ukraine. Peaceful Ukrainian cities are under strikes. This is a war of aggression. Ukraine will defend itself and will win. The world can and must stop Putin. The time to act is now.

What does Russia's invasion of Ukraine imply for the gold market? Well, risk aversion has soared amid the conflict. Equities are plunging while safe-haven assets are soaring. This, of course, applies also to gold, which rallied to $1,905 on Wednesday, the highest level since January 2021, as the chart below shows. 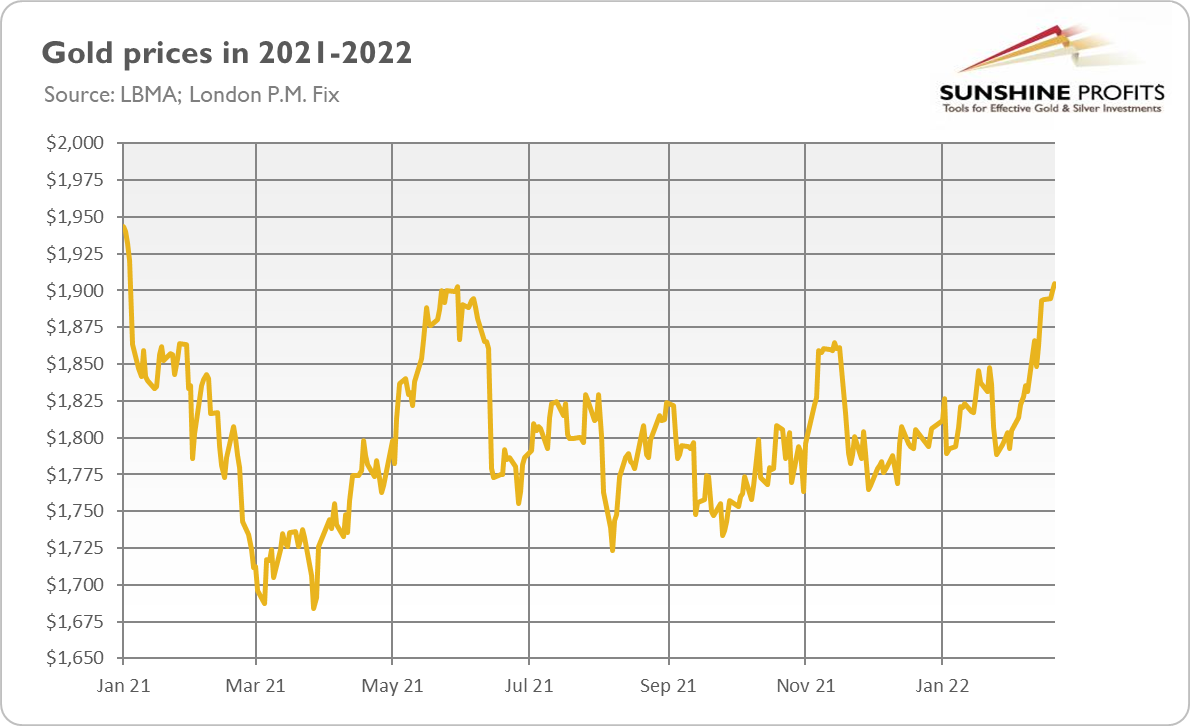 In response to the invasion, the price of the yellow metal continued its upward trend, soaring to $1,945 on early Thursday, as one can see in the chart below. The move was perfectly in line with what I wrote on Tuesday: "if Russia invades Ukraine, the yellow metal should gain further."

Now, the question is: what next? I'm not a military expert, so I have no idea how the conflict will end. However, I know three things. The first is that the conflict will last some time. During the escalation period, gold prices will be driven up by risk aversion and safe-haven demand.

Second, the conflict will start to de-escalate and end at some point. Then, we could see a correction in the gold market. Having said that, the yellow metal doesn't have to immediately return to the pre-conflict level, as it could be supported by other factors, such as worries about inflation, and generally a rather bullish momentum. My point is that geopolitical events usually exert only a short-lived impact on gold, as they don't affect the true fundamentals of the gold market. These will be shaped by the inflation path and the Fed's reaction to it.

Third, the upcoming weeks could be hot for the gold market. Don't let emotions affect your investments. Remember the initial stage of the coronavirus pandemic? We all felt fear then – but it wasn't the best investment advisor. War is also terrifying, but so far the conflict is limited to Ukraine and Russia and we don't know yet whether the invasion will really escalate into a full-blown, bloody war. Be calm and stay tuned!

CapitalWatch may or may not have a business relationship with companies whose stocks are mentioned in this article. Information provided is for educational purposes only and does not constitute financial, legal, or investment advice.