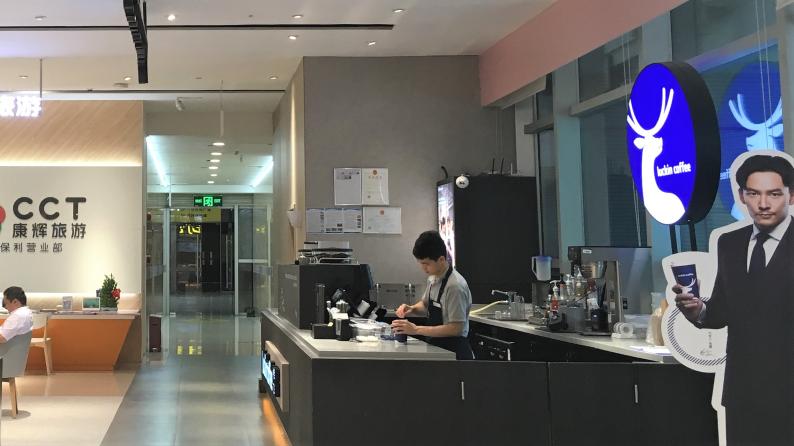 Luckin Coffee (Nasdaq: LK) may have to end its trading run just a year after IPO. The trouble-ridden company, which aspired to be China's top coffee brand, said in a press release that it received a delisting notice.

The stock in the company has been frozen by the stock exchange since early April at $4.39 per American depositary share. LK was trading as high as $50 in January before an anonymous short-seller alleged the coffee giant significantly overstated its sales in 2019.

The short-seller report, published by Muddy Waters, followed an internal investigation at Luckin, which led to the sacking of its chief executive officer Jenny Zhiya Qian, chief operating officer Jian Liu, and a number of other employees, as well as the resignation of chief technology officer, Gang He, and others.

The fraud in question amounted to 2.2 billion yuan in transactions.

Now, Luckin is fighting a delisting. In a statement today, the company cited two factors which the Nasdaq is considering: "(i) public interest concerns as raised by the fabricated transactions disclosed by the Company in a Form 6-K on April 2, 2020, pursuant to Nasdaq Listing Rule 5101; and (ii) the Company's past failure to publicly disclose material information, citing a business model through which the previously disclosed fabricated transactions were executed, pursuant to Nasdaq Listing Rule 5250."

Luckin said it intends to request a hearing with the stock exchange to seek a continued listing.

The coffee chain raised about $651 million in its initial public offering in May 2019 and the concurrent private placement of shares. That marked one of the few successful China IPOs of 2019 in New York, with shares that ended the year at double the issuance price of $17. The company also reached its goal of eclipsing Starbuck's (Nasdaq: SBUX) in the number of store locations.

However, in line with its aggressive expansion push, Luckin Coffee has been reporting mounting losses and has been troubled by mounting debt, having defaulted on a $518 million margin loan.

The company is most likely seeing mounting lawyer bills these days. A number of U.S. investors' rights litigators including Rosen Law have launched a class action suit to recover damages.

In late April, SEC chairman Jay Clayton warned against investing in Chinese stocks for lack of access to audit papers.

"It's a source of frustration for us because we don't have the same oversight with respect to operations in China from a financial reporting point of view that you do in most of the rest of the world," Clayton told FOX Business Network.

If Luckin's hearing with the Nasdaq will save its trading spot, the company will have to work hard to prove its credibility to the U.S. investor. If not, there's always OTC trading.