The profitable small-cap company sells inverters, power generators, and chargers across the globe and on Amazon. 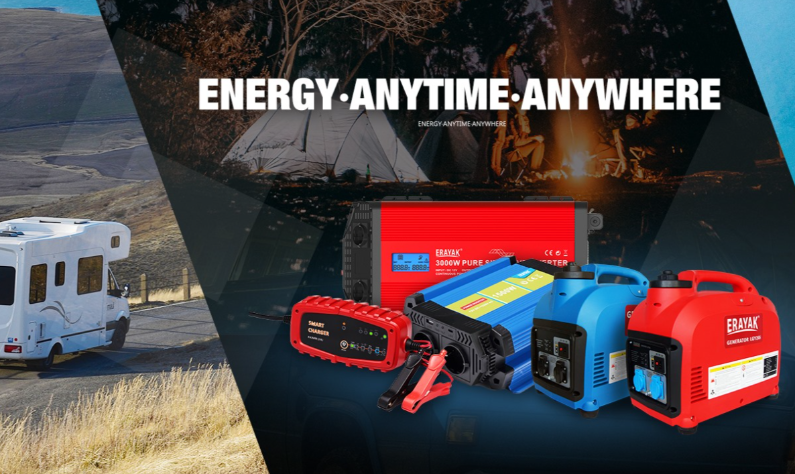 A Cayman Islands holding company, Erayak operates through a subsidiary, Zhejiang Leiya Electronics Co. Ltd., based in Wenzhou, Zhejiang province. The company makes and sells sine wave and off-grid inverters, inverter and gasoline generators, battery and smart chargers, and custom-designed products, according to the prospectus, filed Friday with the U.S. SEC.

Founded in 2009, Leiya Electronics today sells its products in Japan, Europe, North America, Mexico, Australia, and other markets, in addition to China. The company holds a number of compliance marks, including TÜV certification, GS Mark for Germany, and FCC Mark from the U.S. Federal Communications Commission. In China, Leiya holds a high-tech enterprise status, which gives it a preferential tax treatment.

Inverters, sold internationally by Leiya, make up the majority of its sales. These include "off-grid inverters, 12v inverters, and 24v inverters, which all use either pure sine or modified sine wave inverters ranging from 75 watts to 3000 watts and are all compatible with solar energy powering."

In the disclaimer on the regulatory conditions in China, Erayak said in its filing that it is not currently required to obtain permission for an overseas listing from either the securities regulator, nor the cyberspace authority. Further, the company said its auditor, TPS Thayer located in Texas, is subject to PCAOB inspections on a regular basis; therefore, at present, it is not open to risks of the inability to be inspected under the HFCAA.

The company said it plans to use the proceeds from the IPO for product research and development, international management and operations, marketing and business development, and automation transformation and production workshop.

Erayak is offering 3 million of its ordinary shares at the price range of $4 to $6 apiece. The company hopes to become publicly traded on the Nasdaq Capital Market under the ticker symbol "RAYA."

Prime Number Capital and Shengang Securities are underwriting the IPO.