The electric vehicle market has found itself in the eye of a global economic storm in recent weeks, but what happens next is uncertain. 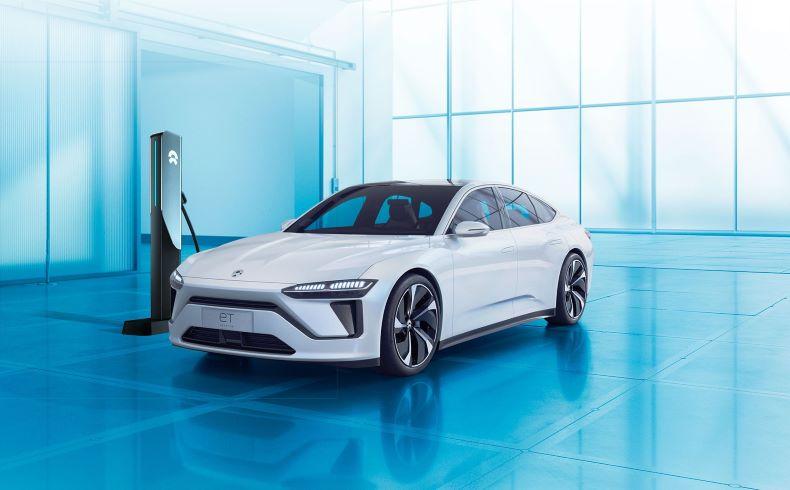 (CapitalWatch, Oct. 26, New York) After a summer of geopolitical and economic turmoil driving up oil prices and disrupting already strained supply chains, the EV industry is balancing on unstable ground.

The industry has cooled significantly after a blowout season in late 2021 and early 2022. Despite the slowdown, recent reports show a slight upward trajectory.

The industry currently has positive internal performance battling detrimental external factors. Recent reports could either signal a reprieve before another blow, or a first step on the road to recovery.

In recent quarterly reports from major EV makers, most of the successes were dampened by external factors.

Industry leader Tesla (Nasdaq: TSLA) released a solid third-quarter report, but it was clouded by its failure to meet revenue expectations.

The company fell $500 million short of Wall Street estimates with $21.5 billion in reported revenue. Despite missing the mark, the results were record-setting for the company in revenue, operating profits, and free cash flow.

In China, Tesla reported its most successful month for car sales yet this September with 483,000 cars sold and exported.

The company started solely producing electric vehicles and successfully leveraged China's government incentives for them. In the year following, BYD has seen surging profits and vehicle sales. BYD estimated net profit for the third quarter to be somewhere between $765 million to $820 million.

Geely (OTC: GELYF; HKEX: 0175, another major Chinese automaker, is also looking to add more EVs to its portfolio. Farizon, a NEV subsidiary of Geely, raised over $300 million from a recent funding round.

Third quarter performance for the world's largest EV market was also positive, but it was overshadowed by a political landmine.

China released its third quarter economic data shortly after the conclusion of the Communist Party Congress and President Xi Jinping's announcement of his unprecedented third term.

Investor concerns about the economic implications of the decision drove Chinese tech stocks into a tailspin.

With Sino-U.S. trade relations already tense at best, all of China's industries are at risk of losing business over bureaucratic barriers.

The chaotic past year, and the threat of it repeating, is weighing on investors' minds.

Investing in the EV industry at this time seems to be a short-term gamble, but potentially stable long-term venture.

EV performance is currently lackluster and many challenges lie ahead, but the market and companies are avoiding the worst-case scenario by a wide margin.

China could gain up to 18% of the European battery market by 2025, according to a study from Transport & Environment, and it already accounts for 5% of all BEVs sold so far this year.

Foreign expansion is also being dragged down by the US's efforts to dominate the EV market over both China and Europe.

Overall, the industry is forward-looking and currently the most popular alternative to traditional cars. Additionally, related industries such as semiconductor manufacturing also have an all but guaranteed demand.

EVs don't seem to be going anywhere, even if the industry suffers in the short term.

The increasingly chaotic external factors make the industry's performance in the coming months totally unclear. Third quarter results showed that EVs clearly aren't the hardest-hit by current global conditions, but it also proved that no industry is immune.

When markets remain in a gray area, any investment can be a gamble. But for those who value high-risk, high-reward bids, new EV companies have boom potential.

As a startup based in the world's premiere EV market with a growing foothold abroad, Nio has the capacity to grow dramatically in the next few years. The company hit a new growth record in the third quarter, but continues to struggle with supply chain disruptions and raw material shortages.

Nio shares are currently priced around $10. If the company successfully implements its growth strategies, the price could catch up to other major EV firms soon enough.

Li Auto is also considered underpriced by analysts right now. Li Auto was also hit by the impacts of lockdowns in China, but it recently reported positive reviews of its new models as well as solid third quarter results.

Shares currently cost around $16, but according to TipRatings, the average LI stock price target is $73.29 amounting to a 287% upside potential.

The industry is fraught, but if EV companies are able to maintain relative stability and get back on a positive trajectory, buying now would be a chance to get a bargain.