Evergrande: From a Gambling Problem to Losses

Left on its own, Evergrande struggles to raise cash by offloading assets at a discount after years of reckless buying. For Chinese developers, this will be a lesson well-learned as PBoC sides with consumers and leaves the giant hanging. 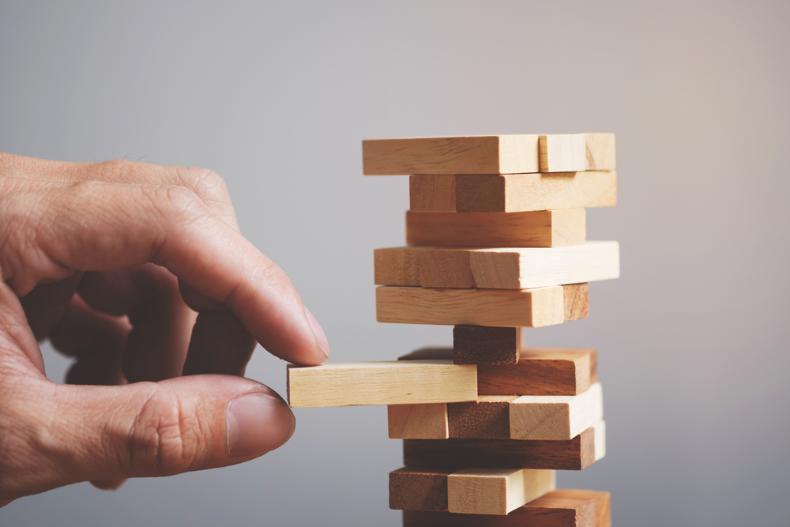 State-backed Yuexiu Property (HKEX: 0123) agreed to acquire the 26-storey office tower back in August as China Evergrande Group (HKEX: 3333; OTC: EGRNF) scrambled to raise cash ahead of some deadlines. However, reports surfaced Friday that the buyers backpedaled on the $1.7 billion deal on the grounds that Evergrande's shaky condition near default could create problems for Yuexiu.

Head of Evergrande Jiayin Xu acquired the Wan Chai office building, called the Mass Mutual Tower, from Chinese Estates Holdings (HKEX: 0127; OTC: CESTY) run by his poker pal, billionaire Joseph Lau, in late 2015. The sale was a record HK$12.5 billion ($1.61 billion), the most expensive purchase of an office building in Hong Kong – and was criticized by analysts as reckless. While Chinese Estates walked away with a hefty return, Evergrande signed into a six-year payment of the tower. And the six years are now ending.

On a side note, chairman Xu (Ka-yan Hui) continuously pulled his company deeper into debt by purchasing multiple sites from Lau's Chinese Estates in 2015. Already, Evergrande was the most indebted mainland developer.

Lau responded in kind by investing in Evergrande at various times and has enjoyed some returns while acting more sensibly. The two real estate giants' back-and-forth could be compared to the billionaire pals' favorite Chinese game of Big Two – the goal is a race to get rid of your cards. Now, Chinese Estates is suffering losses as it sells off Evergrande holdings and approaches privatization.

Xu has lost the gamble when Beijing put a stop to reckless borrowing with the three red lines rule, making it much more difficult for Evergrande to get new financing. Meanwhile, the People's Bank of China has just said the financial risks related to Evergrande's collapse are "controllable." As Bloomberg's Shuli Ren pointed out, that means the government will provide no bailout, instead choosing to send a message to developers.

Left on its own, Evergrande will have to take losses on its assets. Last month, the company warned that bad coverage in the media will significantly dampen its property sales, leading to its "continuous deterioration of cash collection." And Evergrande's prediction has come to life as some buyers pull out on the deals and some assets find no demand.

Reportedly, Evergrande's CEO Haijun Xia is attempting to arrange a debt restructuring, seen to hold talks with banks and creditors in Hong Kong. The company continues attempts to offload some assets – earlier, Evergrande announced the sale of its $1.5 billion stake in Shengjing Bank to state-owned Shenyang Shengjing Finance Investment Group. But some of the biggest deals are expected on Evergrande's electric vehicle business and Evergrande Property Services Group Ltd. (HKEX: 6666).

To start with the latter, the conglomerate is selling the 51% majority stake in Evergrande Property Services, with the buyer said to be Hopson Development Holdings Ltd. (HKEX: 0754). The property management unit completed its $1.8 billion IPO a year ago, when Evergrande Group was already struggling. At IPO, Property Services was valued at HK$95.1 billion ($12.2 billion). Its market cap now sits at HK$55.5 billion ($7.1 billion), according to the Financial Times. Yet, according to Chinese news medium Cailian, the deal with Hopson values Property Services at a discounted HK$40 billion ($5.1 billion).

As to the EV business, China Evergrande New Energy Vehicle Group Ltd. (OTC: EVGRF; HKEX: 0708) has significantly lost in value in the past few half-year. The company is also short on cash and desperate for a breakthrough.

In the fast-growing market, with Chinese EV companies like Nio Inc. (NYSE: NIO) and XPeng Inc. (Nasdaq: XPEV; HKEX: 9868) enjoying the sales rush, Evergrande CEO envisioned a big future for its NEV business.  In April 2021, the NEV company made headlines as its valuation of $87 billion surpassed big carmakers like GM (NYSE: GM). But today, the Tesla-wannabe is worth under HK$4 per share in contrast to about HK$70 a share six months ago, meaning a 94% decline in market value.

Evergrande's EV company has been running short on cash: Last month it failed to pay some worker salaries as well as some suppliers, Bloomberg reported. New Energy had planned to raise new funds via a secondary listing on Shanghai's high-tech STAR Market, but the crisis forced it to shelve the plan. Moreover, the company has said that the production of its Hengchi car, expected to reach 5 million units a year by 2035, may be delayed if the company fails to attract new capital.

But good news surfaced this week for Evergrande New Energy. The company said Tianjin Binhai High-tech New Zone has pledged funds that will allow the carmaker to complete testing at the Tianjin factory and launch sales early next year.

Meanwhile, Reuters reported Friday that Evergrande's Swedish EV business, the National Electric Vehicle Sweden AB (NEVS), is looking for new owners. The medium said NEVS' CEO Stefan Tilk is talking to Western VC firms and sees some interest, but the company has enough cash to stay afloat "for a while."

Stockholm-based NEVS, which completed the acquisition of Saab assets last year, could be worth $1 billion, according to a Reuters' source. But similar to its Chinese counterpart, NEVS has struggled to produce a Saab car since 2017. Instead, as CarScoops noted, the company has prioritized its development with partner carmakers and new projects like the NEVS Sango autonomous shuttle.

Other auto holdings of Evergrande include a stake in the EV maker Faraday Future (Nasdaq: FFIE), which went public through a SPAC listing in July. But Faraday is a troubled company, with its own history of debt and failed production plans. Just a few months after listing, the company was hit with allegations of fraud by J. Capital Research – which make its value dubious.

On a positive note, Evergrande-fueled market panic seems to have eased a bit, with more analysts saying the case is nowhere close to the collapse of Lehman Brothers in 2008. On its part, China also calms the markets – while it avoids backing Evergrande, it has pledged support on individual house purchases and unfinished construction projects. The PBoC said Friday "the real estate industry overall is healthy."