The end of the cybersecurity probe and Didi's delisting from the NYSE coincide, and there wouldn't be one without the other.
Anna Vod
Jun. 09, 2022 12:32 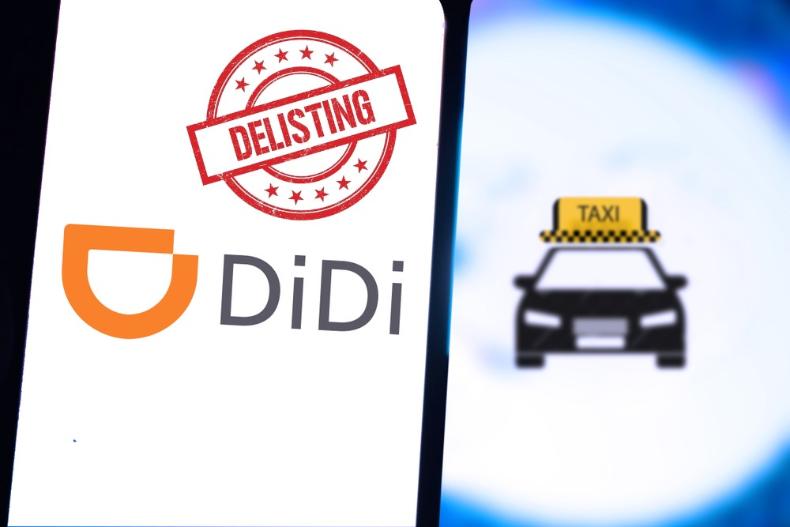 (CapitalWatch, June 9, New York) A year after its IPO, China's Didi Global (NYSE: DIDI) is set to delist from the New York Stock Exchange – and the company is once again speeding forward and expanding in the EV space.

This week has been highly positive for Didi and its shareholders, as news surfaced that the Cyberspace Administration of China is – at last – concluding its probe into the company. Now, Nikkei Asia reports that the date for its delisting has been set to June 10 after DIDI stockholders voted in favor of the move last month. Thus, the end of the probe and its delisting from the NYSE coincide, and there wouldn't be one without the other.

While Didi's Hong Kong listing remains clouded, it's certainly on the horizon, especially now that Beijing is closing the probe. It is yet unclear whether Didi will be fined and what kind of measures it will be forced to undertake to regain compliance with China's cybersecurity laws. Didi's return to full operations is also still under question as its app's return has not been officially announced.

Along with this news, Didi is reported to be pursuing an investment into the electric vehicle entity of the state-backed Sinomach Automobile. According to Reuters, Didi is buying a third of the unit from minority shareholders, a stake potentially worth about $150 million. That will make Didi the second-biggest stakeholder in the EV venture after its parent company.

Reuters quoted Zihua Zhang, chief investment officer at Beijing Yunyi Asset Management, as saying "Being tied up with a state-backed automaker would also help Didi's relisting plans in the Greater China region in the future."

For Didi, that will not be its first foray into the EV space: The company has been pushing ahead with its "Da Vinci" venture, said to prepare to launch its first model in June 2023. Didi has been eyeing smaller EV makers for quite some time for acquisitions, and its plan to acquire the aforementioned Sinomac's Guoji Zhijun Automotive surfaced in the media back in March.

Didi has retained the top spot as China's dominant ride-hailing company despite its troubles with the cybersecurity administration and the yearlong suspension of its app. Amid growing competition, Didi has however seen its market share decline, though still at a big gap with second-place holder Hello Chuxing, according to Statista.

In the fourth quarter, Didi reported revenue decline of about 13% year-over-year. In the first and second quarter of 2022, the ride-hailing market also saw significant negative impact from the pandemic, as lockdowns once again froze traffic in China's big cities.

Meanwhile, to keep up its growth, Didi has established presence in South Africa, Egypt, and Kazakhstan last year, though its international revenues segment remains quite small, at less than 3% of total revenue. It also offers services in Latin America, providing ride-hailing, taxi, chauffeur, and delivery solutions.

On Wednesday, DIDI shares surged 12%, ending at $2.51 apiece. Thursday in pre-market, DIDI was traded about 2% down from yesterday's close. On Friday, for U.S. investors, DIDI stock is expected to shift to pink sheets.