It is doubtful that Wall Street will welcome big Chinese IPOs any time soon. However, smaller Chinese companies are still pursuing U.S. listings: so far, the VIE structure was okayed by the authority.
Anna Vod
Dec. 28, 2021 21:46 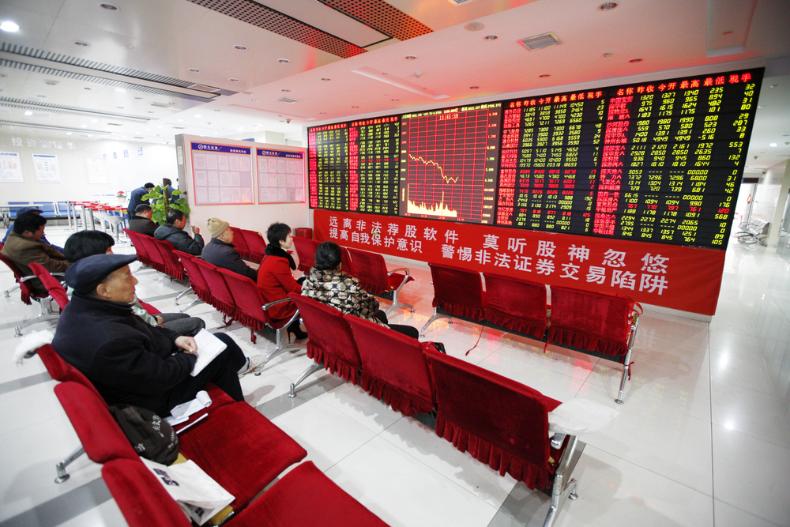 (CapitalWatch, Dec. 28, New York) The first half of 2021 was marked by surging China IPOs in New York. It was the beginning of the post-Trumpian era, investors and companies were hopeful on the easing of Sino-American politics, anti-Covid vaccination was in full swing, and stocks peaked at all-time highs in February alongside the "meme stock" rush. The end of the year 2021, however, witnesses markets at a complete turnaround.

Washington and Beijing delved deeper into political conflicts, another Covid-19 variant has surfaced and is said to be spreading much quicker than the original, and U.S.-China stocks have lost billions in market caps year-to-date. The biggest U.S.-China IPO turned out to also be the biggest fiasco – Didi Global Inc. (NYSE: DIDI), which raised $4.4 billion in July, is delisting by request of Beijing regulators.

The Nasdaq Golden Dragon China Index (HXC), which includes companies with operations in China, has tumbled 45% year-to-date. The seemingly too-big-to-fail Alibaba Group (NYSE: BABA; HKEX: 9988) has about halved in value; other stocks across the industries of tech and internet, fintech, crypto, social networks, real estate, gaming, and education have declined significantly. And while the macro factors have weighed on sentiment, it is safe to say that the biggest factor has been Xi's internal politics and the regulatory crackdown on independent companies that pushed promising Chinese stocks out on floating ice.

Among recent developments, the National Development and Reform Commission (NDRC) has updated its list of business sectors that are off-limits to foreign investment, which includes compulsory education institutions, news media and publishing, rare earth companies, nuclear power stations, and telecoms.

Further, the awaited update on the VIE structure policies has been issued. The NDRC has mandated sectors listed on the Foreign Investment Negative List to get regulatory approval ahead of listing outside the mainland, as cited by Reuters. In addition, foreign investors may hold no more than 30% of the company's equity and are prohibited to participate in the operation and management of such a company.

Thus, the variable interest entity (VIE) structure has not been prohibited, and Reuters writes that China positioned the update as a sign of regulatory easing. Indeed, the VIE structure remains viable – the companies may still list overseas upon approval. Although it is unclear how long the approval process will take place. Traditionally, Chinese companies have used the VIE model to circumvent foreign investment laws in sectors like e-commerce – and this loophole has been under scrutiny by Beijing, fueling investor fears.

Even amid the so-portrayed easing of the policies, Chinese companies seeking overseas listings remain under pressure. On Friday, the China securities watchdog proposed all firms seeking overseas IPOs go through the domestic registration process. Should the company's listing abroad be considered a national security threat, the IPO would be banned. Indeed, a Chinese company may have to go through clearance after clearance before (and if) becoming publicly traded.

Recently, a number of Chinese companies that earlier claimed to be safe on the regulatory side have given up on U.S. IPO plans. Thus, last week, FWD Group Holdings Ltd. withdrew its application for a listing on the New York Stock Exchange and turned to Hong Kong instead.

The company is a Pan-Asian life insurer controlled by Hong Kong tycoon Richard Li, the son of the notable billionaire Li Ka Shing. When filed in September, FWD Group said in its prospectus that it does not have "any substantive operations in mainland China" and "the laws and regulations of the PRC do not currently have any material impact on our business, financial condition and results of operations." FWD Group also listed several institutional investors who had signed up to acquire a cumulative $500 million in the offering; the total IPO size was expected at up to $3 billion.

However, the company had turned its plan around and is now pursuing a Hong Kong IPO, as Reuters reported earlier. Ahead of the deal, the Asia-focused insurer has raised $1.4 billion through a private placement. According to various media, the decision to drop the U.S. listing was made amid a delayed regulatory approval.

Previously, Beijing-based online small-class education company Spark Education Ltd. withdrew its F-1 registration with the U.S. Securities and Exchange Commission "in light of the current capital markets condition." The company that counted over 370,000 students as of March 2021 and saw sixfold revenue growth in 2020, according to its prospectus filed in June, has no doubt seen its business turn sour in the past half-year, and the condition of the capital markets may not be the only reason that Spark has given up on its U.S. listing plan. See CW's coverage of the wipeout of China's afterschool K-12 education market.

Some, like Ximalaya, turned to a Hong Kong listing; others, like Atour, revived their New York run-up after China's cybersecurity and user data law went into effect in the fall. But so far, only LianBio (Nasdaq: LIAN), with operations in both the U.S. and Asia, was able to overcome the hurdles from China to Wall Street over the past half-year or under.

CW has to admit that our end-of-IPO-freeze story of Nov. 1 was foolishly optimistic. Yet there's hope that investors will see the end of such unprecedented uncertainty on China stocks in 2022.