The electronics reseller eyes U.S. and Europe after expansion in lower-tier China during breakthrough year 2021. 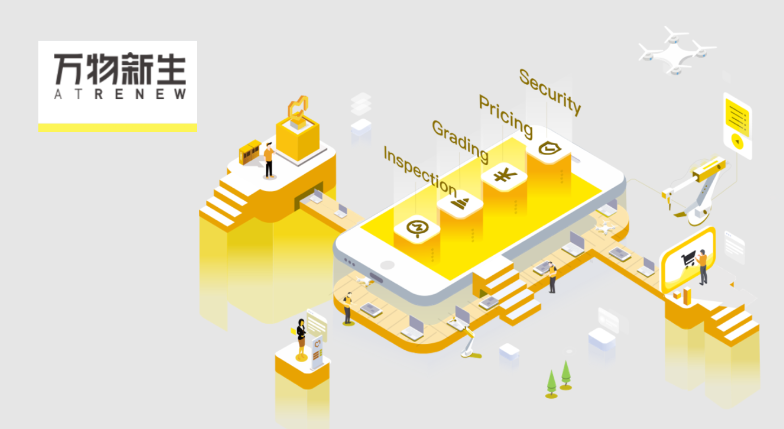 The Shanghai-based company booked $382.2 million in revenue in the three months through December, up 48% year-over-year. GMV increased nearly 51% to 10.1 billion yuan and the number of products delivered grew by 26% to 9.1 million compared with the same period of 2020, according to the report.

In the statement, Rex Chen, the chief financial officer of ATRenew, said the company achieved the profitability milestone during the fourth quarter. Adjusted income from operations was $1.5 million. Meanwhile, Q4 net loss was $16.3 million, or 10 cents per share.

The year 2021 was breakthrough for ATRenew as its entry into U.S. public trading was followed by a significant revamp. However, last year was marked by Beijing's crackdown on businesses across various industries that wiped billions off Chinese companies' market valuations. Like the vast majority of its China-based peers, RERE stock declined significantly – as of Thursday, it's down 75% since the June IPO.

In an interview with CapitalWatch earlier this year, ATRenew CFO Rex Chen attributed the stock price decline to the uncertain environment in the capital markets. He highlighted the "really strong" market of pre-owned electronics in China and the company's improvement of "GMV, volume, and profit" every quarter.

Asked about the regulatory risks that U.S.-China stocks may face, Chen told CW: "We are prepared for the additional auditing or inspections from the Chinese regulators and the U.S. PCAOB," Chen told CW.

He added that to ensure compliance with variable interest entity (VIE) arrangements, the company "engaged a PRC lawyer to issue a legal letter to prove that our VIE arrangement is still very stable and is in compliance with both the PRC and PCAOB regulations." Moreover, ATRenew was in the process to transition out of the VIE arrangement, according to Chen.

In China, ATRenew is a market leader, commanding 9% share in terms of GMV in 2020. Last year, the company opened 576 new stores, now counting 1,308 shops in 214 cities. As Chairman and CEO Kerry Chen said in the call with analysts today, ATRenew "deepened penetration in lower tier cities and increased density of stores in existing markets in order to further enhance sourcing capabilities and expand service coverage to individual consumers."

ATRenew has a strong online presence, seeing GMV growth of 50% in the year-end quarter. In part, that's thanks to its backing and cooperation with e-commerce giant JD.com Inc. (Nasdaq: JD; HKEX: 9618), which is ATRenew's largest shareholder. Lately, ATRenew has increased its investment in sales and marketing, attempting to lure in consumers with coupons and ads.

In November, the company announced the effectiveness of its name change. At the time of IPO, it was known as AiHuiShou International, but the management's global vision led to the revamping of the company's image. According to Chen, ATRenew is eyeing the U.S. and European recycled electronics markets and plans to launch its quality inspection checkpoints overseas.

In the first quarter, ATRenew said it expects to generate between 2.15 billion and 2.2 billion yuan in revenue. CFO Chen also said the company expects a positive non-GAAP operating margin in 2022.

"We believe our business is not just for China," CFO Chen told CW. And while China has been the world's largest market for second-hand electronics, recommerce is said to be growing worldwide with the trend that Entrepreneur called "the rise of the purpose-driven consumer" in a January report. Indeed, the global shift to sustainability entails the expansion of a gadget's lifespan.