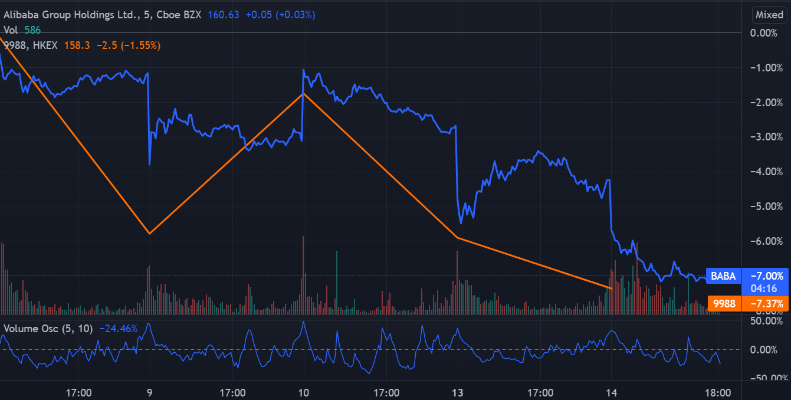 The prospects of Ant Group's IPO revival had lifted investor hopes over the past few weeks after a yearlong delay of the dual offering, expected to be worth a record-breaking $35 billion. In the year since Chinese authorities shut the door on Ant's IPO in November 2020, a crackdown ensued on China's tech sector – in particular, on its parent company Alibaba, as well as the entire fintech sector. Fintech firms have been adjusting to the new tightened rules related to monopolistic practices, user data, credit history, and the transfer of data overseas, to name a few. Now, with a halved valuation, Ant Group appears to be approaching the going-public milestone again.

The split of Ant's credit business from the massively popular mobile wallet Alipay is seen as part of the requirement for the IPO. As the Financial Times reported, a new joint venture will be formed as an independent loans app that will hold control over user data required for credit approval. The JV will be partly state-owned, the medium said.

Earlier, Ant was forced to separate its credit card business Huabei and the small-loan business Jiebei from its core business. They will now operate independently and cut off the massive amounts of user data from the payment processing operations of Ant; new stakeholders were also brought in to the divested business.

The news pushed Alibaba's stock into red territory on Monday and further down on Tuesday. BABA stock was down an additional 3% by midday, trading at $160.74 per share, in a withdrawal of the gains it saw last week. Still better than its 52-week low of $152.80 per share Alibaba hit in late August, the lagging uncertainty over regulatory measures continues the red streak for the Chinese titan, which is now down 29% year-to-date. At the same time a year ago, Alibaba traded at nearly twice its value today.

In Hong Kong, shares in Alibaba slid an additional 2% to HK$158.30 apiece on Tuesday after a 4% drop on Monday.