Alibaba Falls to 52-Week Low on First Losses Since 2012

The e-commerce giant's profits were eaten up after Beijing imposed it with a record fine of 18.2 billion yuan for antitrust violations. 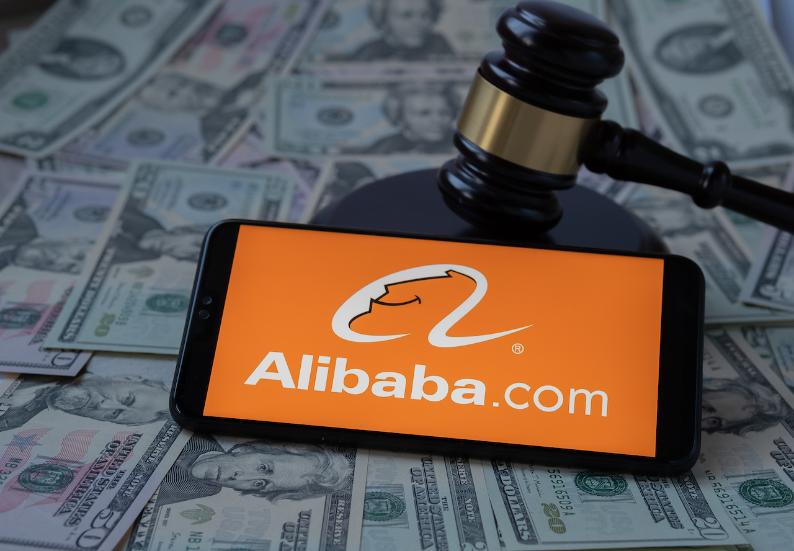 Shares in Alibaba (NYSE: BABA) retreated 5% after it posted its first quarterly loss in nearly a decade.

In the fiscal fourth quarter ended March, China's largest online retailer posted revenue of 187.39 billion ($28.6 billion), up 64% year-over-year and ahead of estimates. Refinitiv forecasts were calling for revenue of 180.41 billion yuan.

However, the first quarter was a big challenge for Alibaba; it suffered a net loss of 5.47 billion yuan ($852 million), marking its first since 2012. That was a result of Alibaba's record fine of 18.2 billion yuan ($2.8 billion) that was imposed by Beijing for antitrust violations.

Alibaba's shares have been under pressure since its fintech arm Ant Group had its massive IPO suspended over regulatory issues in early November. In addition, Alibaba faced volatility when its co-founder Jack Ma briefly stopped appearing in public.

"We accept the penalty with sincerity and will ensure our compliance with determination," Daniel Zhang, the chairman, and chief executive officer of Alibaba told analysts on an earnings call Thursday.

"During the past fiscal year, we have gone through all kinds of challenges, including the Covid-19 pandemic, fierce competition as well as an anti-monopoly investigation and penalty decision by Chinese regulators. We believe the best way to overcome these challenges is to look forward and invest for the long term."

Still, if you can get around the headwinds Alibaba has faced in the past several months, there were some positives to note. For one, Alibaba's core commerce revenue grew rapidly at 72% year-over-year to 161.37 billion yuan. Plus, as of March, Alibaba's annual active global consumers topped 1 billion.

Also, Alibaba estimates that revenue will grow 30% to 930 billion yuan in the fiscal year ending March 2022. That's above forecasts of 928.25 billion yuan, according to Reuters.