Bitcoin is fallen yet again, now hovering around $32,000. But while the jury may be out on its future, from the most optimistic market experts like Cathie Wood of ARK Invest (she sees it going to $500,000) to the far more pessimistic experts like famed investor Warren Buffett who says he doesn't own any cryptocurrency and vows he never will, the verdict is in when it comes to booking Bitcoin profits.

According to a report by Chainalysis, a New York-based research firm quoted by Bloomberg, U.S. investors booked the most profits from trading Bitcoin, locking in $4.1 billion in profits last year, three times more than the runner-up China, which booked $1.1 billion in profits. Japan came in third, followed by the U.K., Russia, and Germany. Smaller nations, such as Vietnam, Turkey, and the Czech Republic were also among the top 25 countries covered in the report.

Crypto, it seems, has captivated the investment community worldwide.

“Investors in nearly all countries saw the biggest increases toward the end of the year,” wrote researchers at Chainalysis. “That’s when U.S. investors really broke away from the pack, with most of their gains coming from activity on Coinbase.” 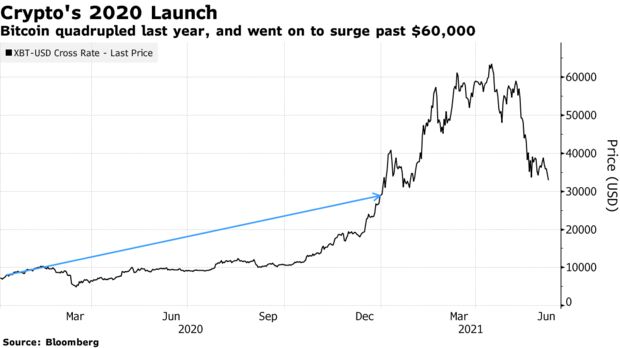 Just like predicting the price of the volatile "currency" can be difficult, tracking the transaction data on cryptocurrency, according to Chainalysis, can be tough. The decentralized nature of the technology, the very aspect of it that initally wooed investors, makes it virtually impossible to know exactly where the parties of any individual deal are located. This is why Bitcoin is such a useful currency to fund illegal activity.
While the Bitcoin boom has come to a recent halt, if last year is any indication, the world is bent on buying Bitcoin. Unless, of course, Donald Trump has something to say about it. The former president said told Fox Business today that he didn't like it because "...it just seems like a scam."

And if anyone knows a scam, it's him.

Topics:bitcoin, btc
READ MORE
COMMENTS0 comments
Sign in
We reserve the right to remove any content at any time from this Community, including without limitation if it violates the Community Standards.
SUBSCRIBERS ONLY
MOST READ
LATEST NEWS
HOME
CHINA STOCKS
U.S. STOCKS
COMMENTARY
INVESTOR RELATIONS
INVESTIGATIVE RESEARCH REPORT
ABOUT US