"Before a new technology is accepted on a large scale, you have to wait and achieve your goals step by step," --Sizhen Wang, co-founder and CEO of Genetron,

Tumor precision medicine is an emerging market that has not yet been industrialized on a large scale. At the establishment of Genetron, there were few doctors and investors paying attention to precision medicine. Sizhen Wang, the co-founder and CEO of Genetron, stated, "Before a new technology is accepted on a large scale, you have to wait and achieve your goals step by step.

"Tumor is essentially a genetic disease. The cause of the disease is mutations in human genes, Wang added during Genetron Health's semi-annual financial report conference.

Genetron Health, as the first precision oncology company in China, listed on Nasdaq in June this year. The company raised approximately $260 million. On September 16, Genetron closed at $11.52, with a market value of approximately $1 billion.

The year 2020 is a kind of "coming out" year for oncology precision medicine companies, due to improved technology as well as increased familiarity amongst investors and patients.

"As time goes on, there will be more excellent companies," Wang said in an interview with "Chinese Entrepreneur".

At the same time, he believes that tumor precision medicine is still a new market, with much room to grow.

"We must put ourselves in the right position and solve some problems that could not be solved clinically in the past through technological innovation."

It was the time that Wang ended his last venture. Wang was the co-founder and head of global marketing and corporate development planning of iTalkBB, an American Internet communications company. In 2012, iTalkBB was acquired by 263 Communications Group. After he quit the company, Wang began to think about his future plan. 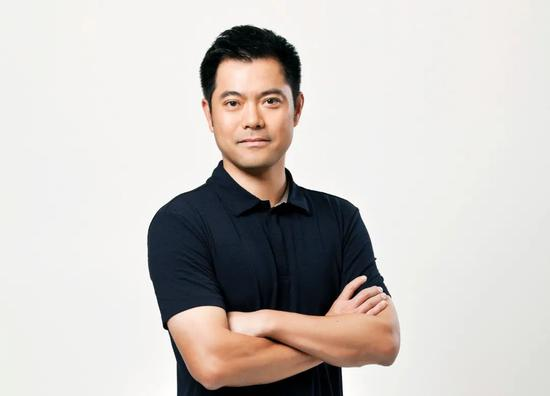 Yan was thinking about how to make a clinical transformation on his scientific research results to benefit more patients. A professor of neuro-oncology at Duke University and a researcher in tumor genomics and personalized therapy, In 2013 Yan discovered an important element for many common tumors: The TERT promoter mutations.

And so, Yan and Wang went into business together. They named the company "Genetron Health", inspired by Charles Darwin’s "Pangenesis", which is the original definition of human genetic material—gene.

"Every research that we are doing is around the word gene," Wang said in the interview that another keyword of Genetron Health is cancer. "We hope to make a series of genetic testing or molecular diagnostic tools around the development of gene technology, so as to greatly improve the overall diagnosis and treatment level of cancer."

Due to the important role of IDH and TERT in glioma molecular typing and the urgent clinical needs of these two genes, Genetron developed the human IDH1 gene mutation detection kit and the human TERT gene promoter mutation detection kit in 2015 independently, which were approved to sell in 2017. This is the world's first approved test kit for the IDH1/TERT gene of glioma, which can provides important reference information for pathological typing and prognosis evaluation of patients with glioma.

Genetron extends its product line to other kinds of cancer, covering nearly 10 types of tumors. From kits to digital PCR machines and high-throughput sequencers, the company’s 7 products already get approved, and another 7 products are under approval. “We are the company with the largest number of approved products with the most complete product pipeline in this industry,” Wang added.

According to the company's prospectus, Genetron ranked first in 2019 for cancer LDT detection service for brain cancer and digestive tract cancer.

From Unknown to Well-known

At the end of January 2015, President Obama announced a new project in the field of life sciences, the Preciscion Medicine Invitative. The project aimed to cure diseases such as cancer and diabetes, and make personalized health information available to public. This presents the beginning of the era of precision medicine.

Almost all companies that established before the initiative have struggled. Yusheng Han, the founder of Burning Rock Biotech Limited, said in an interview that it was hard when his company looked for the first round of financing. "The industry is new to people and is extremely professional, most investors don't understand what we are talking about," Han said.

Fortunately, Genetron Health’s first round of financing was relatively smoothly. Yufen Zheng, the founder of In Capital and former medical investment director of Qiming Venture, encouraged Yan and Wang after they received negative feedback from investors. Zheng said, "VC thinks Genetron is asking for too much money, PE said that I can invest this money, but you are still very early," which put Genetron in an difficult position.

Zheng suggested that Genetron Health re-formulate it’s capital operation strategy. First, she introduced some fund partners who have a life science background and invested in similar companies as Genetron Health. Then, she told Yan and Wang to lower the expectations.

Genetron announced the completion of its A round of financing with over 100 million yuan in February 2015. The investors including Share Capital, In Capital and Jia Valley Road Investment.

Now, Generic Health has established strategic partnerships with more than 500 tertiary hospitals across the country. As of March 31, 2020, Genetron Health has cooperated with approximately 100 national KOLs and approximately 130 regional KOLs. "Experts' enthusiasm for genetics and precision medicine in general, including the clinical application of these technologies, is much higher now," Wang said.

Before listing on Nasdaq, Genetron had planned to issue 13 million American depositary shares, and it was estimated to raise $150 million to $175.5 million. The day before the listing (June 18, 2020), Genetron announced the expansion of the issuance scale and plans to issue 16 million American depositary shares. The offering price also rose to $16 from $13.5 per share. 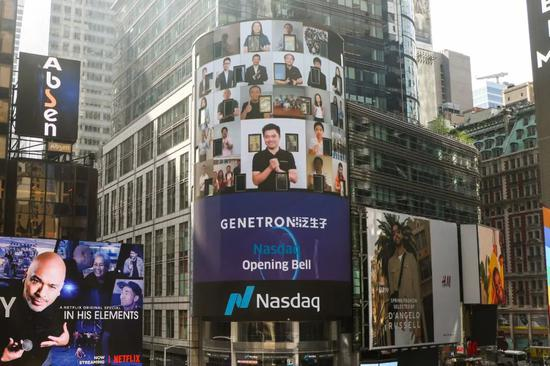 Wang explained, “Genetic made this adjustment on the eve of its listing precisely because the company saw that investors were too enthusiastic to subscribe for (Generic Biotech’s stock) during the roadshow."

The employees of Genetron Health told the "Chinese Entrepreneur" that there is a "sailor culture" within the company. The company is a ship, the employees are all sailors, and Wang, of course, is the captain.

"The essence of sailing is to explore the unknown part of the world, but you don’t know where is the end of this journey. This is similar to the exploration done by Genetron in precision medicine or life sciences. For ‘sailors’, it is very important to stand together," Wang said.

Hu told the "Chinese Entrepreneur" that before employed at FDA, he was responsible for product development in some leading international diagnostic and pharmaceutical companies for more than a decade. But to develop better products requires a deep understanding of the government's regulatory strategy, so he joined the FDA. After 11 years, he decided to return to the enterprise. This time, he hopes to use his experience in the FDA to optimize the company's product research and development.

"Hu's experience and knowledge in the technology and regulatory system may strengthen the strength of Genetron Health." Professor Bin He, a special researcher of the Public Policy Research Center of the Chinese Academy of Social Sciences, told the "Chinese Entrepreneur". At the same time, he pointed out that many factors determine the operating results of a company, and the market should not expect too much.

In fact, from the development stage and competitive landscape of the entire industry, Genetron does need to improve its core competitiveness.

Besides the competition, Wang believes that Genetron Biotech’s greatest challenge comes from within.

"We have always emphasized exploration, application, and change. Although we have many breakthrough clinical products and technologies, we have not solved the problem of large-scale application yet."

All information contained herein as well as on the capitalwatch.com website is obtained from sources believed to be reliable but not guaranteed to be accurate or all-inclusive. All material is for informational purposes only, is only the opinion of capitalWatch.com and should not be construed as an offer or solicitation to buy or sell securities. The information includes certain forward-looking statements, which may be affected by unforeseen circumstances and/or certain risks. This report is not without bias. CapitalWatch received remuneration for this report. Please consult an investment professional before investing in anything viewed within.

Topics:Genetron; China; U.S.
READ MORE
COMMENTS0 comments
Sign in
We reserve the right to remove any content at any time from this Community, including without limitation if it violates the Community Standards.
SUBSCRIBERS ONLY
MOST READ
LATEST NEWS
HOME
CHINA STOCKS
U.S. STOCKS
COMMENTARY
INVESTOR RELATIONS
INVESTIGATIVE RESEARCH REPORT
ABOUT US