Three Fossil Fuel Stocks to Sell Ahead of Election

With the shale boom far behind and a Biden victory likely, think about selling-off oil and gas and turn towards renewable energy stocks. 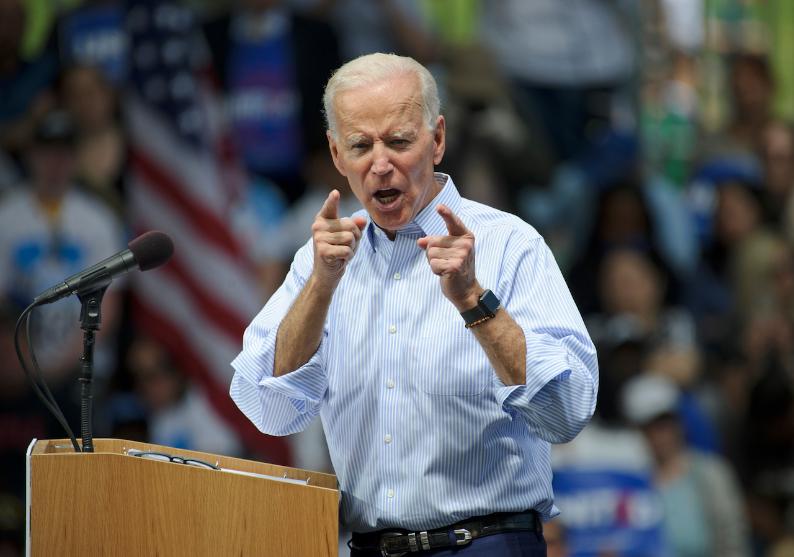 With the election now less than three weeks away—it is becoming increasingly likely that a blue wave floods through Washington in November.

A national poll posted by ABC News on Sunday showed that Democratic nominee Joe Biden held a 12 point lead over Donald Trump for the presidency. Biden also holds a lead on likely voters by 12%.

The Stock Market Would Do Just Fine Under Biden

But let's be clear about one thing: a Joe Biden presidency does not spell doomsday for Wall Street like a Bernie Sanders one potentially could. Sure, Biden may increase the capital gains tax, but he isn't socializing medicine or making colleges completely tuition-free and going after all of Wall Street's earnings.

In fact, Wall Street has actually been bullish on a Biden presidency. Assuming Joe Biden wins the election and Democrats recapture the Senate, research firm Moody's Analytics projects that Joe Biden's economic plan would lead to the adding of 7 million jobs versus a second term of Trump. The firm also notes that a Biden presidency would lead to a strong economy with higher incomes for the middle class. That bodes well for the stock market in general.

The Same Can't Be Said for the Fossil Fuel Industry

However—the same can't be said if you're a shareholder in fossil fuel firms. Just taking a look at all the burning in California tells you that something needs to be done about climate change.

Incumbent President Trump has not proposed a formal climate plan, but his campaign has an energy plan that focuses on expanding drilling for both gas and oil on federal lands and offshore.

Meanwhile, the Democratic challenger has unveiled a climate plan that aims to invest as much as $1.7 trillion over 10 years into clean energy research and infrastructure overhauls. The plan would be funded by rolling back Republican corporate tax cuts.

"Trump is fossil fuels first, [and] the objective is to resuscitate oil," Stewart Glickman, an energy stock analyst for CFRA Research, said, as cited by CNBC.

In the past, Biden has been quick to attack fossil fuel executives. He once said that they should be "put in jail" if they don't take accountability for helping destroy the environment.

With serious attention needed to the environment and a likely Biden presidency, here are some fossil fuel stocks to avoid ahead of the election:

With oil prices dropping significantly this year, the oil and gas industry has already suffered. In fact, one of the U.S.'s largest publicly traded oil and gas companies, Exxon Mobil, was removed from the Dow Jones Industrial Average after more than 90 years.

As it has been hit hard by the slowdown from the pandemic: Exxon posted a net loss of $1.1 billion in the second quarter.

But things could get worse for Exxon in the third quarter, as the company noted earlier this month that it could sustain a higher-than-anticipated loss because of implications including low oil and gas prices and refining margins and sales volumes. It is now expecting a loss that could range as high as 68 cents to a profit of 7 cents in the quarter. Previously, analysts were calling for a loss of 7 cents, according to Refinitiv IBES.

If Exxon does post a loss at the end of October, it would mark the third consecutive quarter that the company has incurred a loss—which hasn't happened in at least 36 years, according to Reuters.

In addition, Exxon is estimating on slashing up to 1,600 jobs across Europe by the end of 2021.

With Exxon getting kicked off the DJIA, Chevron remains the last remaining oil stock in the benchmark. While it has an attractive dividend yield at around 7%--make no mistake—this stock still isn't a buy.

In the second quarter, Chevron posted a staggering $8.3 billion net loss—its biggest in three decades. Also, its revenues of $13.49 billion missed projections badly, as analysts from Refinitiv were looking for $22.97 billion.

Meanwhile, one interesting possibility is out there for Exxon and Chevron. On Wednesday, Paul Sankey of Sankey Research made a case for a merger of the two oil giants that would create a company with a valuation of just under $300 billion. The benefits of a merger would help the two gas and oil giant reduce costs, capital expenses, and re-establish a new dividend level.

However, the analyst did note that a merger is unlikely to happen because the demand in the oil industry probably isn't coming back anytime soon. He said, "The outlook remains terrible in oil," as cited by Barron's.

Thus, I would move to sell before any more oil spills out of these two stocks.

While this year has been disastrous and the outlook for oil and gas looks cloudy, ConocoPhillips has been picking up momentum in the past month.

In late September, ConocoPhillips said that it expects a lower-than-expected adjusted loss for the third quarter and that it would resume repurchasing its stock in the fourth quarter. Also, ConocoPhillips announced earlier this that it would increase its dividend that's payable on Dec. 1 to shareholders by one penny to 43 cents.

Since the end of September, shares of ConocoPhillips have risen nearly 4% to date—which makes it the perfect time to dump the stock amid the uncertainties of the oil and gas industry.

The company is estimating its adjusted loss to come in the range of $210 million and $260 million for the third quarter.

While the West Texas Intermediate crude oil benchmark stabilized in the third quarter, averaging just less than $41 a barrel, prices have declined significantly in the past couple of years. In 2018, the WTI averaged at around $65 a barrel, which would be around where oil and gas companies would prefer to see those prices to generate solid earnings.

The Need to Adapt

While it's unclear where things are heading with a Biden presidency, gas and oil firms will have to adapt by cutting production costs. Some have made strides to do that, but the impact of the pandemic and the headwinds that lie ahead make things challenging.

As for the long term, it's hard to say where the oil and gas industry will be. Will it return to the shale boom as seen between 2011-2014? I would say no chance. What about the levels seen in 2018? Unlikely. Somewhere in between the third quarter levels and 2018? That's probably a better bet for now.

But still—I would avoid oil and gas companies until they prove they can adapt to the low prices.

Meanwhile, some oil and gas companies have announced long-term plans to expand into renewable energy—which could be one area to monitor. In September, London-based BP (NYSE: BP) unveiled a plan to become a "net-zero" energy company by 2050. However, investors are suspicious, as BP's stock is now back to trading at its early pandemic lows.

He continued, "Particularly as this move is being forced on the company by climate change."

The glory days of shale are likely over—and underestimating climate change is at your peril.