With the Cold War on pause and the epidemic ravaging on, Chinese stocks plunged on a fiercer threat – from inside.
Anna Vod
Dec. 05, 2021 21:33 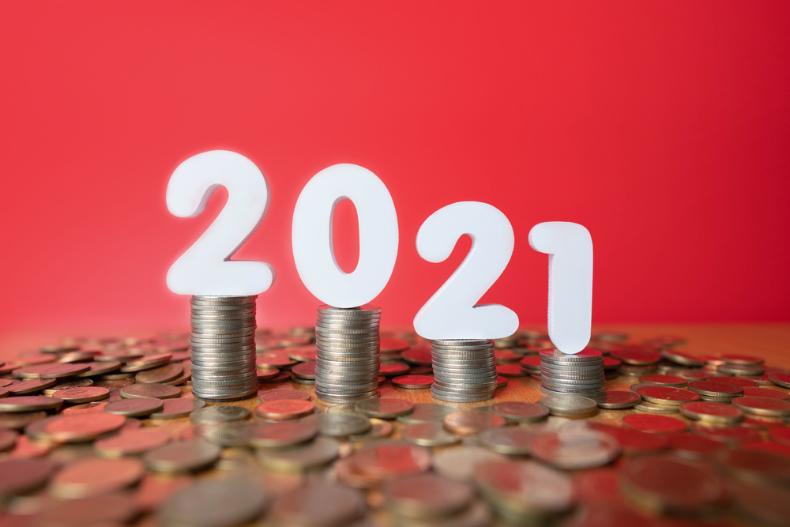 (CapitalWatch, Dec. 5, New York) The beginning of December was rough on U.S.-listed Chinese stocks, and it wasn't just the fears of the Omicron variant that plagued the markets. The threat of the far-from-over Covid-19 pandemic came as supplementary to another lockdown: that of the (previously fast-growing) tech sector.

Sure, there were positive developments recently on the Chinese front. Such was the milestone talk between Presidents Joe Biden and Xi Jinping in November, which could be a precursor to a warming of the relations had it led to some visible breakthroughs. The agreement by both leaders that a new Cold War would be harmful meant no end to the Cold War, however. While economists say that lowering Trump-era draconian tariffs on Chinese imports would be a relief to American consumers, Biden has not indicated intentions to ease the tariffs, while his administration has split up in debate, as Politico covered in a late October report.

On its side, Beijing took some softening steps like extending tariff exemptions on certain U.S. imports. But, in part because of the Covid-19 pandemic, China has fallen far behind the agreed U.S. import quota of the January 2020 phase one trade deal, which has led to heightened criticism by some top officials, including U.S. Trade Representative Katherine Tai.

As to the market-related tensions, on one hand, Beijing and Washington are said to be cooperating on stabilizing the listings in the United States. This involves working out the procedure on how Chinese companies would comply with the Holding Foreign Companies Accountable Act (HFCAA) while complying with China's rules on safeguarding data and audits. On the other hand, Beijing has just forced Didi Global (NYSE: DIDI), China's top ride-hailing giant, to delist from the New York Stock Exchange.

On Friday, Didi said on social media that it would begin the delisting process and shift to another exchange. This takes place just five months after Didi's IPO – worth $4.4 billion, the deal was the largest offering by a Chinese company in New York this year. Didi pursued the listing despite China's request the company postpones the IPO as it reviewed its data security. Following the IPO, regulators cracked down on overseas listings altogether, halting IPOs in the U.S. for months to come, and suspended Didi's ride-hailing app. At some point, reports surfaced that Didi was going private, its co-founder was stepping down, and Beijing was attempting to take over the company. This week ended all speculation.

News of Didi's delisting spurred fears of similar delistings of Chinese companies – while investors sent DIDI shares tumbling 23% in the past five days to $6.07 per share, that's 61% down since its listing.

Indeed, more than the ongoing trade war, the year 2021 will be marked by Beijing's massive campaign against China's top independent tech companies. Beijing's war spurred by Jack Ma's criticism of some of the government's outdated practices a year ago has led to greatly diminished market caps across the board; many were forced to restructure certain operations, losing money in the process. And Ma's empire, Alibaba Group (NYSE: BABA; HKEX: 9988), has suffered the most.

Now, rumors circulate in the media that Alibaba may follow Didi in removing itself from the NYSE. The stock in the battered company hit another 52-week low on Friday, at $108.70 per share. Considering its level of $258 per share a year ago and its halving in value year-to-date is devastating for the company that seemed too big to fail.

After all the fines and operational changes Alibaba Group and its fintech arm Ant Group had to carry out this year on China's antitrust campaign and the tightening of the financial industry, one would think – like Charlie Munger did as he doubled down on his stake in the Chinese e-commerce titan – that the woes are over. However, formerly a favorite with analysts, Alibaba has been seeing price target cuts as its recent earnings and the results of the November sales festival revealed a slowdown in e-commerce.

Now, there seems to be a possibility that Alibaba – which celebrated the world's biggest IPO of the time with $25 billion in 2014 – may also be asked to end its trading run in New York.

Apart from the troubles of the tech giants, small and medium Chinese companies seeking overseas fundraising also came under scrutiny as Beijing reviews its rules related to the variable interest entity (VIE) structure.

The VIE model, which implies that investors buy stock in an offshore shell company rather than the operational entity in China, has raised concerns both in the U.S. and China. This week, Bloomberg reported that Beijing is discussing a ban on listings through a VIE structure, with existing VIEs mandated to improve their transparency. China's securities regulator denied the report, but it's likely that the U.S.-China arrangements on continued Chinese listings will involve certain new rules on VIE IPOs.

Looking at the past half-year, just a couple of Chinese companies have made it to New York trading, while the flow of applications has greatly diminished. Meanwhile, on the opposite side of the world, listings continue, with Chinese tech companies increasingly turning to Hong Kong and President Xi successfully launching the Beijing Stock Exchange for SMEs.

On Friday, the Nasdaq Golden Dragon China Index tumbled 9.1%, the most since 2008, according to Bloomberg.