Scheduled to debut Thursday on the NYSE, the company may be a bellwether for Chinese listings in the U.S. 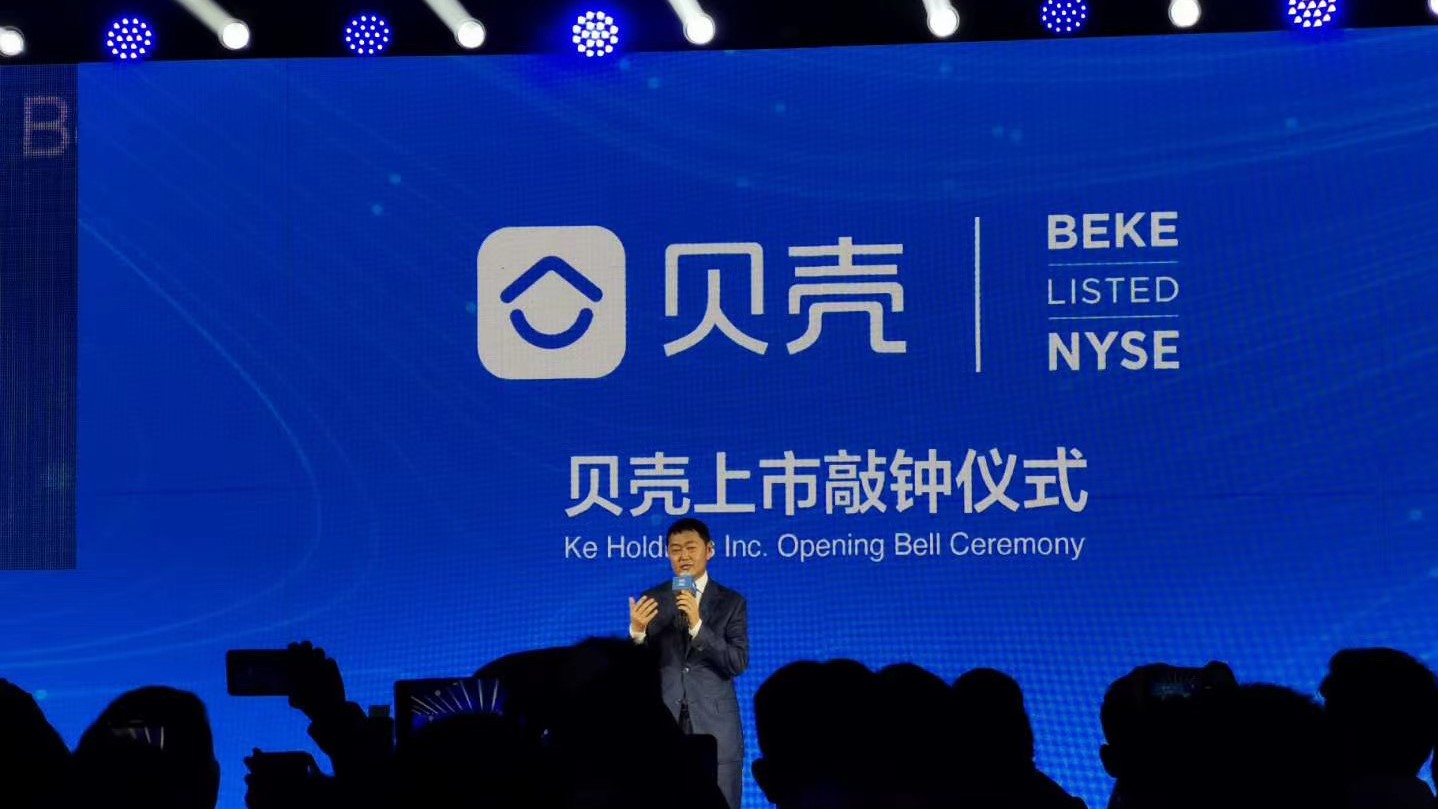 Chinese real estate giant KE Holdings Inc. prepares to lift off in public trading today on the New York Stock Exchange, priced at $20 per share – above the expected range. 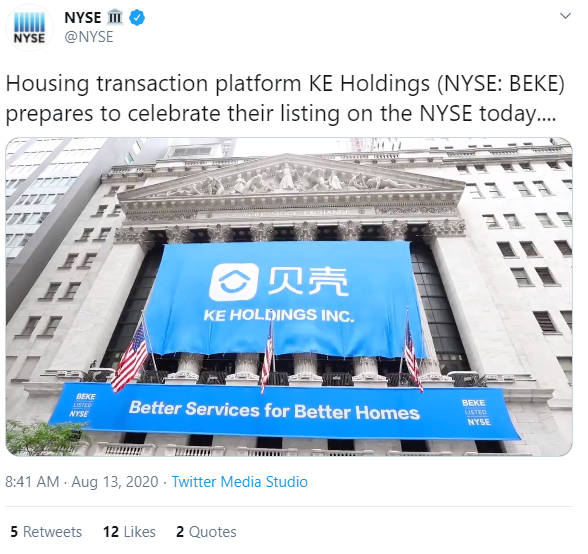 Thus, the operator of Beike raises $2.12 billion in the largest Chinese listing in New York in over two years.

KE Holdings said that a number of existing shareholders, including Tencent, Hillhouse, Sequoia Capital, and Fidelity, have proposed to acquire an aggregate of $800 million of the shares offered. 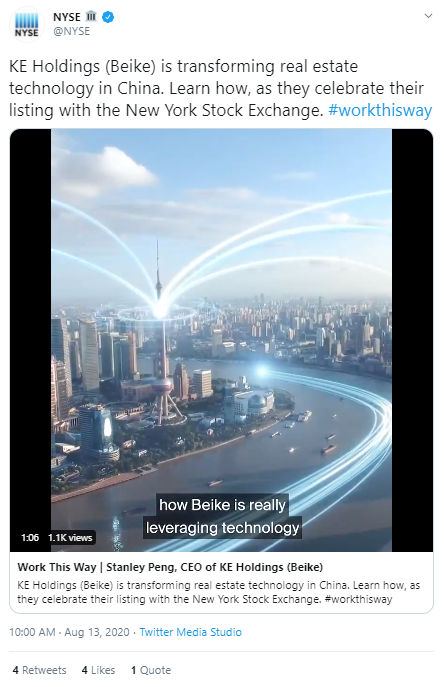 The company intends to use the proceeds from its sale for research and development, specifically, to boost "infrastructure technologies including big data, artificial intelligence and virtual reality." It also seeks to expand its new home transaction services, diversify its services, and expand geographically, according to its prospectus.

Renaissance senior strategist Matthew Kennedy told CapitalWatch last week, "This is a large company in an important area that is well-integrated with China's larger economy, and I believe its reception will reveal how the market views investing in China, to some extent."

Kennedy also said, " If you're looking for a bellwether for Chinese issuers in the U.S., the largest Chinese deal of the year is a good candidate"

Topics:KE Holdings Prices Flotation at $20 Per Share in Upsized Offering
READ MORE
COMMENTS0 comments
Sign in
We reserve the right to remove any content at any time from this Community, including without limitation if it violates the Community Standards.
SUBSCRIBERS ONLY
MOST READ
LATEST NEWS
HOME
CHINA STOCKS
U.S. STOCKS
COMMENTARY
INVESTOR RELATIONS
INVESTIGATIVE RESEARCH REPORT
ABOUT US