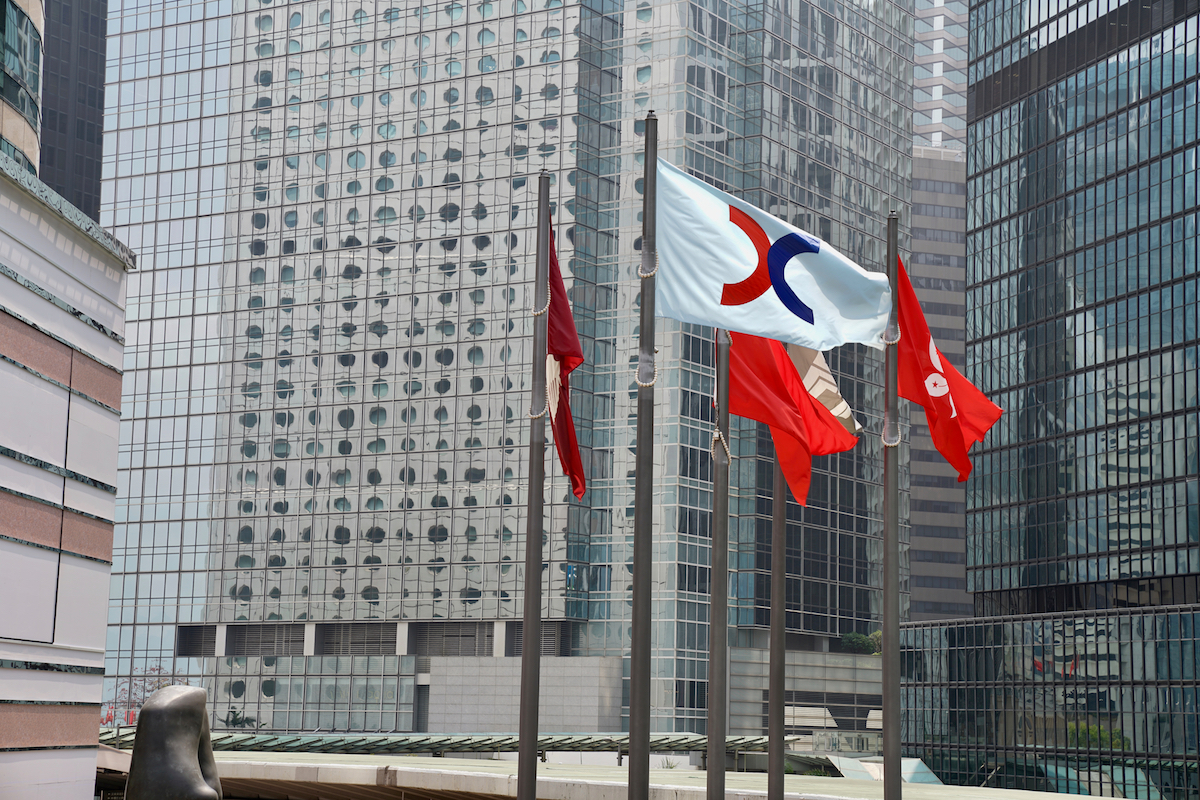 Hong Kong’s benchmark ended higher even with Sino-U.S. trade tensions as investors returned some of the losses earlier the week and set their sights on a new tech index set to launch soon.

The increased trade tensions come over Washington’s ordering of the Chinese consulate in Houston to close, claiming the facility is a massive spy center”.

“The United States will not tolerate the PRC’s (People Republic of China) violations of our sovereignty and intimidation of our people, just as we have not tolerated the PRC’s unfair trade practices, theft of American jobs, and other egregious behavior,” the U.S. State Department said in a statement Tuesday.
It added, “We have directed the closure of PRC Consulate General Houston, in order to protect American intellectual property and American’s [sic] private information.”

While China was notified Tuesday that it had 72 hours to close the facility, it is strongly condemning the U.S.’s decision. Wang Wenbin, a spokesman for China's Foreign Ministry described the move by Washington as an "unprecedented escalation" on Wednesday and said added it would "react with firm countermeasures" if the U.S. opts not to rescind the decision. This also wasn’t the first time that the U.S. has accused Beijing of spying, as it has repeatedly alleged Chinese tech giant Huawei Technologies Co. Ltd. of doing so.

According to a source cited by Reuters Thursday, Beijing is weighing a shutdown of the U.S. consulate in Wuhan. But Hong Kong investors appeared to be more focused on a Nasdaq-Esque technology index set to debut next week. At the close of trading Thursday, the Hang Seng Index gained nearly 1% to 25,263.00 points. Despite Wednesday’s big fall, the benchmark is now back up from its opening week point total of 25,019.60 points.

Some big winners today on the index were the acoustic component maker AAC Technologies Holdings Inc., (HKEX: 02018) whose stock surged nearly 13% HK$59.85 per share, and the pharmaceutical manufacturer Sino Biopharmaceutical Ltd., (HKEX: 01177) rising 4% to HK$10.88 per share.
Meanwhile, the SSE Composite Index lost 8 points at the close of trading Thursday.

“The news that the US wanted to kick out diplomats from Houston’s Chinese consulate came as a bit of a scare for both the Hong Kong and A-share markets because we haven’t experienced anything like that before, so it caused a bit of panic-selling after 3.30pm [on Wednesday],” Louis Tse Ming-kwong, a managing director of VC Asset Management said.

He then compared the market to “yo-yo swings” and said, “You have to be calm, deliberate before you begin, and execute with rigour. You have to make a decision like that, otherwise you will kiss your money away.”