This year's floods made it harder for the country to revive its economy after the Covid-19 downturn. 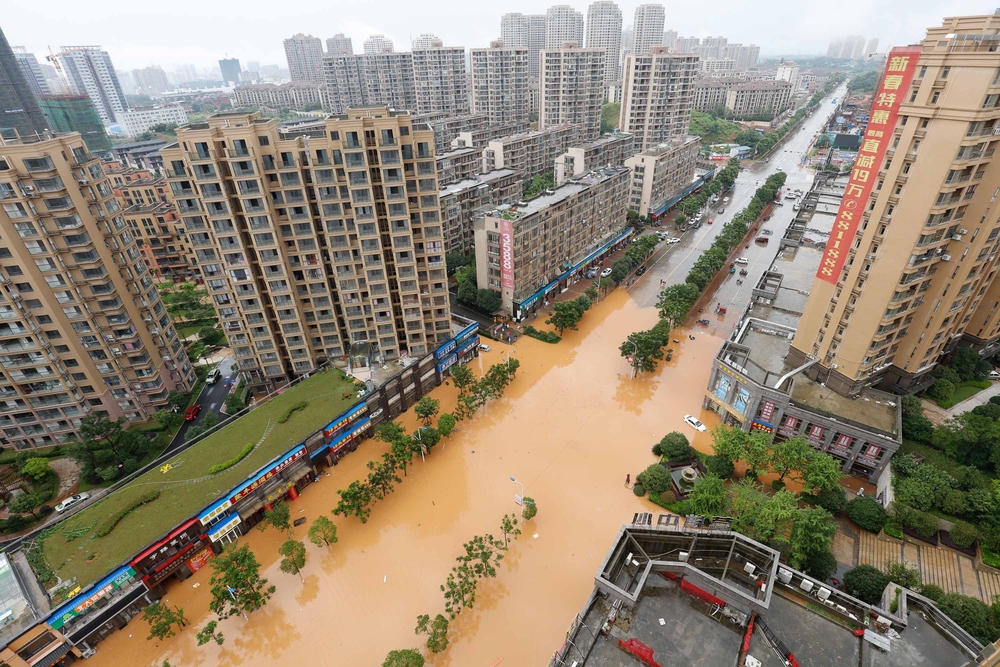 China announced on Monday another 150 major water conservancy projects to fight against the country's flood which has killed over 141 people.

The country macroeconomic management agency said the budget for water infrastructure programs reached 1.29 trillion yuan($184 billion) this year. The direct and indirect investment of about 6.6 trillion yuan ($942 billion) will be triggered, according to the National Development and Reform Commission.

After the completion of those projects, it is expected to add about 9 billion cubic meters of flood storage capacity, control the length of the river channel about 2,950 kilometers, and add 28 million irrigated areas, Wei Su, the deputy secretary-general of the commission, said.

A total investment of 52.8 billion yuan($7.5 billion) has been issued within the central government’s budget this year, Su added.

The commission said on Saturday that it would send 309 million yuan ($44 million) in relief funds to affected regions including Anhui, Jiangxi, Hubei provinces and Chongqing. “The fund will be specially used for emergency recovery construction of infrastructure and public welfare facilities in disaster-stricken areas,” the commission said in its social media account.

The widespread floods in China have killed 141 people and affected approximately 38 million residents in 27 provinces as of Monday, according to the Ministry of Emergency Management.

The country has raised its national emergency response to the second-highest level on Sunday. On the same day, President Xi gave instructions on the floods and acknowledged that the flood in China is “very severe.”

Jiangxi Province, located in the east of China, is one of the worst-hit areas and water levels in the largest freshwater lake in China, the Poyang lake, broke records in 1998 when floods killed more than 4,000 people.

From June 1 to July 9, the average precipitation in the Yangtze River Basin reached 369.9 millimeters, 54.8 millimeters more than in 1998 due to heavy rains, which was the largest number in the same period since 1961, according to China Meteorological News.

A new round of heavy rainfall will begin again in China on Monday, the National Meteorological Center of CMA reported.