Beijing's new national security law shutters the principles that the citizens of Hong Kong have been fighting for over the past year.
Capitalwatch StaffJul 03,2020,06:55 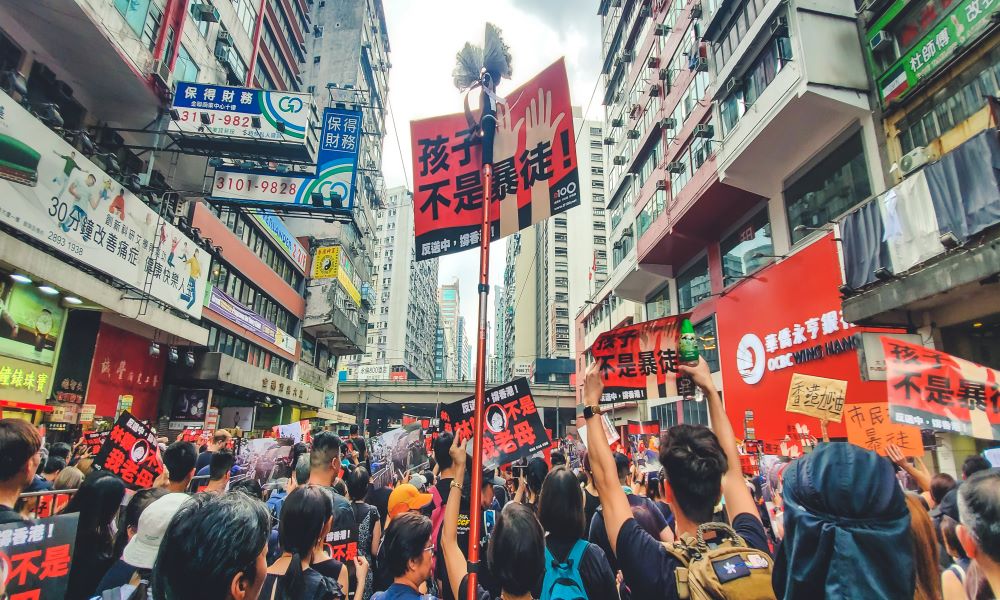 On the day that Chinese state medium Xinhua wrote that Hong Kong “celebrated the 23rd anniversary of its return to the motherland” Wednesday, hundreds of protesting Hongkongers were detained by police in the city.

China’s central government set into effect the new national security law in Hong Kong Tuesday night – signed by President Xi Jinping before the city had the chance to see the text. The law forbids “secession, subversion, organisation and perpetration of terrorist activities, and collusion with a foreign country or with external elements to endanger national security.” As The Washington Post reported, the provision comes right out of “China’s dictatorial handbook.”

Another provision, Article 29, deems the following an offense: “provoking by unlawful means hatred among Hong Kong residents towards the Central People’s Government or the Government of the Region.”

Thus, any criticism of either Beijing or Hong Kong leadership may lead to punishment in a city that formerly strived on its lack of censorship and other humanitarian principles.

And the city police have been using force over the last few days in implementing the new legislation against the protesters. Thousands of Hongkongers have taken to the streets. Police have responded with pepper spray, water cannons, tear gas, and rubber bullets, according to various media. On Wednesday, at least 370 people were arrested.

Washington issued statements saying the new legislation invalidated the city’s semi-autonomous status and broke the “one country, two systems” principle under which China and Hong Kong operated since 1997, when the latter ceased to be a British colony.

Last week, the U.S. Senate proposed the Hong Kong Autonomy Act that seeks to sanction individuals, banks, and other entities that enable the violation of the 1984 Sino-British Joint Declaration which established the city's autonomy. It is now under review by the House of Representatives. China has responded by announcing sanctions restricting visas to U.S. officials "who behave egregiously on Hong Kong-related issues." It did not specify the specific individuals, however.

Meanwhile, various media have lashed out at U.S. President Donald Trump for not taking an active stance to support Hongkongers and saying, like the Business Insider, that he does not care about human rights.

The New York Times titled a story: “President Trump Has Tools to Pressure China. Will He Use Them?”

Earlier, the president has said that he will remove the city’s special privileges in trade, but he has yet to propose a plan that would not hurt Hong Kong residents as much if not more than it would hurt China.