The move becomes the latest by the plant-based meat maker to expand its presence in China. 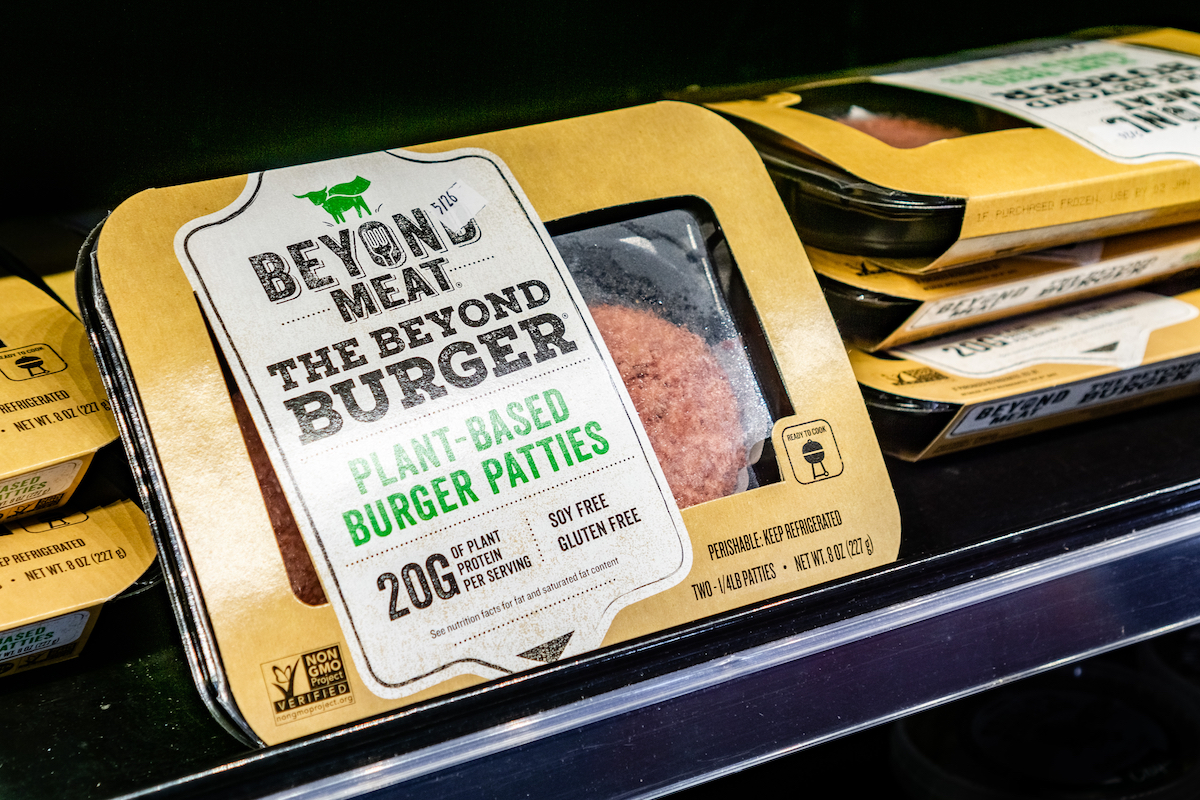 Shares of Beyond Meat, Inc. (Nasdaq: BYND) soared nearly 12% Wednesday at intraday on the news of it striking a deal with the e-commerce giant Alibaba Group Holding Ltd. (NYSE: BABA) to deliver its burgers to supermarkets in mainland China.

The plant-based meat maker said Tuesday after the markets closed that it intends to have its Beyond Burger product accessible in 50 of Alibaba’s Freshippo stores in Shanghai, beginning this weekend. By September, Beyond Meat is planning to expand its collaboration with Alibaba and bring its burger to an additional 48 Freshippo locations in Beijing and Hangzhou. The patties will also be available through the Freshippo app, which allows consumers to make arrangements for on-demand delivery.

The move continues Beyond Meat’s expansion in China this year. In April, Beyond Meat partnered with Starbucks Corp. (Nasdaq: SBUX) along with two other firms to launch a plant-based lunch menu in China. Earlier this month, Yum China Holdings Inc. (NYSE: YUMC) said it would start serving Beyond Meat’s products in limited runs at select KFC, Pizza Hut, and Taco Bell locations in mainland China.

According to Statista, China accounted for 21% of the global retail market share in 2019—the second-largest country trailing just the United States. In the first quarter, Beyond Meat’s retail sales skyrocketed 157% year-over-year to $50 million. However, its pandemic impacted restaurant sales fell slipped from roughly $58 million to around $23 million.

"We know that retail will be a critical part of our success in China, and we're pleased to mark this early milestone within a few months of our market entry," Ethan Brown, the chief executive officer of Beyond Meat, said in a statement.

He continued, "Expanding into retail is the natural next step in building our market presence."

Earlier this month BTIG analyst Peter Saleh was bullish regarding Beyond Meat’s potential in China. “We believe China will be a strategic growth market for Beyond Meat for many years to come,” Saleh wrote in a note on June 8 and added “the sales potential from future partnerships around the globe.”

However, most analysts haven’t been as optimistic as Saleh on Beyond Meat. Only three analysts rate the stock a buy, while 17 have either sells or holds.

The stock in Alibaba inched 18 cents higher by midday to $215.91 per American depositary share. Shares of Alibaba are down 0.32% year-to-date, while Beyond Meat has surged more than 90% since the beginning of the year.