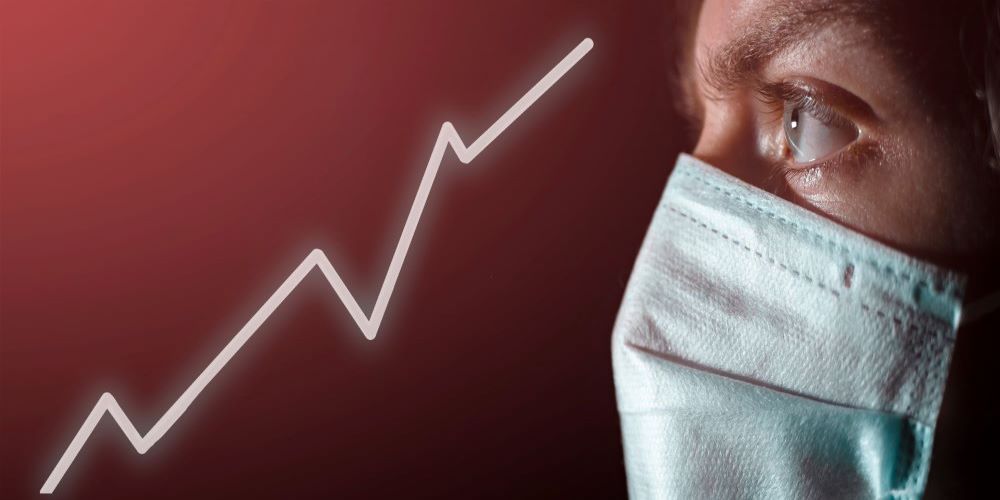 Stocks rallied by midday Tuesday on much better than expected retail sales and what is said by Oxford University researchers to be the first proven lifesaving Covid-19 drug.

According to a report from the Commerce Department on Tuesday, retail sales surged to a record of 17.7% in May. The results crushed economists’ expectations as industry sales in the month, which were expected to rise 8% from April, according to consensus estimates from Refinitiv.

The shocking month followed a disappointing April and March, which saw declines of 14.3% and 8.3%, respectively. But maybe the results weren’t so shocking when considering unemployment unexpectedly dropped to 13.3% in May, beating projections surveyed by Dow Jones which expected the jobless rate to exceed 19%.

The strong month of sales even left President Donald Trump ecstatic, who hasn’t been too happy these days, watching his poll numbers tank to the Democratic nominee Joe Biden.

“This may very well be the shortest, but still deepest, recession ever,” Jennifer Lee, a senior economist at BMO Capital Markets said. However, she added, “[it's] not likely that we’ll see a repeat in June as this is pent-up demand unleashed in one month.”

The markets also gained momentum on news from Oxford University, where researchers claimed to have evidence of the first drug that can enhance survival from patients suffering from Covid-19. The drug, also known as a steroid called dexamethasone, helped reduce death risk from patients on ventilators to 35% while those who required oxygen fell to 20%, according to preliminary results. The low-cost drug is available globally.

"Dexamethasone is the first drug to be shown to improve survival in COVID-19. This is an extremely welcome result," Peter Horby, professor of Emerging Infectious Diseases in the Nuffield Department of Medicine, University of Oxford, said in a statement.

He added, “The survival benefit is clear and large in those patients who are sick enough to require oxygen treatment, so dexamethasone should now become standard of care in these patients. Dexamethasone is inexpensive, on the shelf, and can be used immediately to save lives worldwide."

The UK-based company is also working on a vaccine. According to its Oxford University trial leader, Sir John Bell, a vaccine for the entire British population could be available by the end of the year.

With the U.S. seeing roughly 20,000 to 25,000 new cases per day, we still have a long way to go, but news of a vaccine would be the turning point for the market, and for the country.

Topics:Stocks Rise on Higher Than Expected Retail Sales and Potential Lifesaving Drug for Covid-19
READ MORE
COMMENTS0 comments
Sign in
We reserve the right to remove any content at any time from this Community, including without limitation if it violates the Community Standards.
SUBSCRIBERS ONLY
MOST READ
LATEST NEWS
HOME
CHINA STOCKS
U.S. STOCKS
COMMENTARY
INVESTOR RELATIONS
INVESTIGATIVE RESEARCH REPORT
ABOUT US