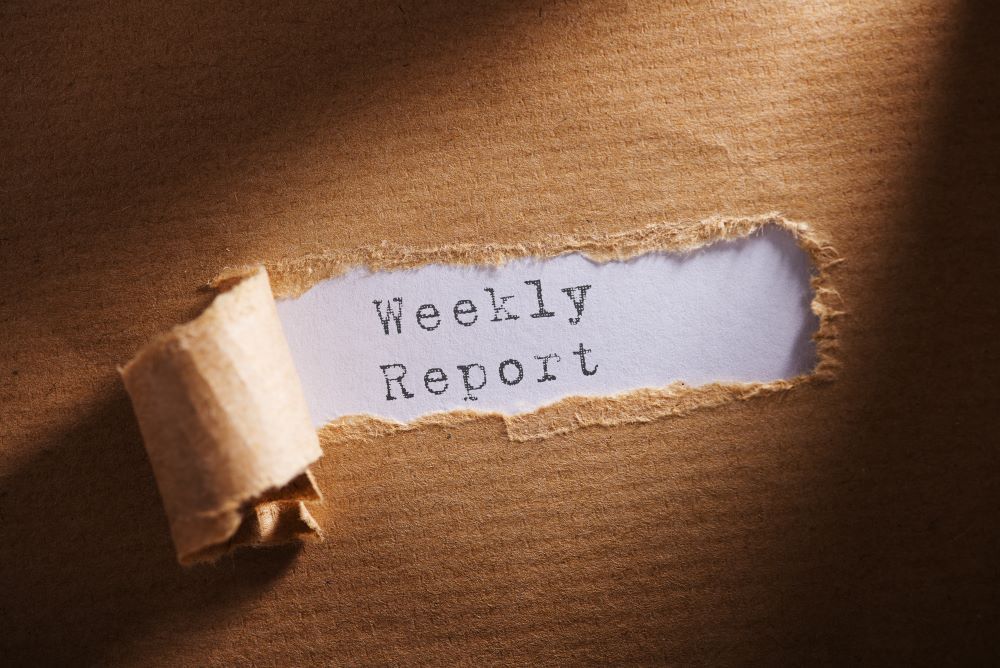 It was a bad week for the following: U.S.-China relations, global health, the economy, employment, the integrity of our democracy and voting process, Twitter, Facebook, and, of course, African-American rights (and lives). But who says the market needs to worry about all that? This week the S&P hit and stayed over 3,000, breaking a critical resistance point. So that is some good news. What are the investors seeing that explains the bull’s run? Anyone?

No, really; I’m asking. Please email me the answer at Gregory.Bergman@capitalwatch.com because I have no idea. What’s more,  The New York Times asks a question now more pertinent than ever: “What Is the Stock Market for Anymore?” in an eponymously titled piece. The answer: Too few. But Twitter and Facebook? Who are they for? The answer: Too many.

Big tech is used to being in the crosshairs of politicians. Elizabeth Warren has threatened to break them up on anti-trust grounds, and Democratic Congressmen and Congresswomen have gone after CEOs like Facebook’s Mark Zuckerberg and Twitter’s Jack Dorsey for enabling Russian hackers to create more divisiveness in our politics through social media in the hope of bringing Trump to the White House in 2016. But never before has President Trump himself been so mad at social media companies, especially Twitter, without whose platform Trump’s 2016 campaign would have ended before he reached the last step of that escalator—if it would have begun at all. Trump ingeniously (or instinctively, rather) used Twitter the way JFK used television the way FDR used radio—the comparison obviously stops there.

From the official declaration of candidacy in June 2015 through the first two-and-a-half years of his presidency, he tweeted over 17,000 times. He shattered his old record of tweets per day of 123 Twitter posts on Dec. 12 just a month later posting 142 tweets and retweets on what must have been an otherwise taxing day in January day, according to data compiled by Factba.se.

But like many great love affairs, Trump and Twitter are falling out of love. Why? Well, according to Trump, Twitter is silencing conservative voices, violating Americans’ right to free speech, a claim he posted unfettered on Twitter to his 80.5 million followers. Twitter, he said earlier this week, “is completely stifling FREE SPEECH,” after the site appended a label on one of his multiple tweets about widespread fraud associated with mail-in voting, encouraging its users to fact-check what he said.

On Friday, the President went a step further, signing an executive order designed to “prevent online censorship,” while Twitter went a step further by blocking users from immediately seeing one of his tweets. The tweet read: “when the looting starts, the shooting starts,” a reference he made to the ongoing about protests in Minneapolis.

It is true that Twitter, despite CEO Jack Dorsey’s statement to Congressional Republicans to the contrary “that Twitter does not take sides,” does, indeed, takes sides. The company shows a clear bias toward progressive politics. One of the more glaring examples of this is when the social media giant permanently banned Meghan Murphy, a writer based in British Columbia, for critiquing transgender ideology. Twitter claimed Murphy “violated [its] rules against hateful conduct.” What did she tweet? She tweeted simply “Women are not men.” Progressive? Hardly. Hateful and abusive? Hardly.

But what is also true is that these suspensions are inconsistent and sporadic, and if Twitter were ideologically driven by leftist politics, its star user would have been booted off a long time ago, a fact that many more moderately-minded people point to as an example of Twitter’s hypocrisy.

But that isn’t what Twitter is doing with Trump’s latest tweets. Twitter isn’t choosing political sides this time. Twitter is doing what many have hoped it would do after the election meddling in 2016: It is offering an opportunity for a much-needed civics lesson to a nation of people completely incapable, it seems, of determining fact from fiction. Twitter and Facebook are more responsible than any other platform for creating (and thriving from) an American mind utterly confused about what is true and what is false, finding solace only in the dark comfort of conspiracy theory.

Nothing Reviles Trump More Than Integrity

In response to its role in the denigration of American democracy both from within and without, Twitter added the “Civic Integrity Policy,” focused less on weighing in on the distinction between human males and females (or lack thereof) and the complexities of gender roles, and more on helping the democracy their platform has helped weaken, survive. The policy reads:

You may not use Twitter’s services for the purpose of manipulating or interfering in elections or other civic processes. This includes posting or sharing content that may suppress participation or mislead people about when, where, or how to participate in a civic process.

Sounds reasonable to me, but not to Trump. While Twitter did not delete any of his tweets but just addendum so people can see just how full of BS he is, Trump lashed out, threatening to shut down the social media platform. Then today, he passed an executive order focused on limiting the legal protections afforded to social-media companies, thus making it easier for federal regulators to hold companies liable for supposedly curbing users’ free speech. It would revoke protections these internet companies have under the 1996 Communications Decency Act.

The Communications Decency Act was primarily interested in curbing pornography and was hated by civil liberties activists and Bangbros.com enthusiasts alike. It was later struck down by the courts as an unconstitutional infringement on free speech. But one section, Section 230 to which Trump has been tweet-raging, remains.

Section 230 says that “interactive computer services” are not responsible for what their users post—even if those services engaged in some moderation of that third-party content. In other words, internet companies are not publishers, they are platforms. When the law was written, site owners fretted about lawsuits if they attempted to curb any untoward comments or activity on their sites. So long as sites act in “good faith,” the law reads, site owners can remove content that is offensive or otherwise objectionable. The “Civic Integrity Policy” seems to fall squarely within that definition.

This section gave websites and social media companies control over their content. If the protections were stripped and Trump has his way, the withholding of advertising contracts for companies found in violation is possible. This would spell bad news for Facebook and its ad-based revenue. While CEO Mark Zuckerberg criticized Jack Dorsey, this week saying that Twitter should not be the “arbiter of truth,” if Section 230 were stripped, it would be bad for Twitter, and worse for Facebook. Leave it to Trump to attempt to shred the protection of internet free speech in the name of internet free speech. Plus, that nonsense he said that started all this about mail-in ballots is, well, almost totally false.

Vote Trump Out by Any Means Necessary

After a week in which one would have to wear an N95 mask over their eyes to avoid seeing racial injustice on grotesque display—from a white woman in Central Park using racial stereotypes to threaten a mild-mannered bespectacled gay black birdwatcher with Ivy League diction (in other words, a classic “thug”), to a white cop sitting his knee on the neck and killing a black man over using a fake $20 bill in Minneapolis—Trump’s phony crackdown on Democratic voter-fraud in the broader context of Republican widespread efforts to stifle the black vote seems particularly egregious.

Lamentations of voter fraud have been part of their playbook to defraud voters of their rights for decades. Not their right to vote per se, just their right to vote Democrat. If most ex-cons, for instance, leaned right, it wouldn’t take long before felons were allowed to exercise their Constitutional rights in all states. Conversely, one could cynically say that Democrats only care about stopping Voter ID laws and other obstacles to voting because it helps the party— but something tells me that Congressman John Lewis might have a thing or two to say about that.

But while over fraud is relatively rare in this country, particularly intentional voter fraud schemes, it does happen: Republicans perpetrated a voter fraud scheme in North Carolina during mid-term elections in 2018. And while it is true that, according to the Washington Post, a bipartisan Commission on Federal Election Reform concluded in 2005 that “absentee ballots remain the largest source of potential voter fraud,” the real issue with mail-in ballots is miscounting them.

In the 2008 presidential election, 7.6 million of 35.5 million mail-in ballots requested were not counted be because they never reached voters or were rejected for irregularities, according to a study by the Massachusetts Institute of Technology—a failure rate of over 21 percent.

Unfortunately, however, there is this one thing stopping people from the polls. Not sure if you have heard Mr. President, but a worldwide pandemic has killed 100,000 people in this country, and well over a million worldwide. What's that, Mr. President? The Chinese virus. Okay, well, sure I guess--but that's not the point.

The dangers of mail-in voter fraud or miscounting doesn't bother me. What does worry me is that, while Trump is right in his thinking that Trumpers are more willing to expose themselves to a virus they don't believe in than are Democrats who know the danger, my fear is that Democrats will not go through the trouble to send mail-in ballots in the numbers we need to win. The Dems are doomed unless they can go to the polls, and go to them safely.

But Trump Is Right About One Thing…Sorta

Not about the scourge of mail-in voter fraud or the medical merits of household poisons, mind you, but about Section 230. Facebook and Twitter are not platforms, they are publishers. Now, Trump wants them to remain platforms, he just wants them to be wide-open platforms with no control of their content. Their right to moderate is his beef, not the responsibility they have to moderate responsibly. The remedy obviously, however, is not to tear up the First Amendment, but to take another look at Section 230.

While Twitter has finally responded to the malignant mess it has created through its “platform," Facebook, the biggest publisher of content in the world, hosts verifiably false political ads on its site without paying any penalty and without adding any moderating caveat for its users. The result, ‘the disintegration of our democracy,” according to former presidential candidate, Andrew Yang. He is right.

It started as a place to meet girls. Then, it turned to a place to discover old classmates in the hope they're now fat. Now, it has become a place where, after reinforcing the meaninglessness of existence through inane food posts, users look to meaning by endowing every aspect of human life with political import.

Section 230 should be amended. Or, Zuckerberg can step up and crack down on verifiably false advertisements and Russian meddlers.

We live in a post-fact world in large part because of Facebook and Twitter; it is only fair that they do their part to bring us out of the epistemological abyss.

Nothing would be better for our democracy than if we could go back in time and smother Zuckerberg and Dorsey in their cribs. But shutting them down now that they do exist smacks of tyranny. Not to mention, if Trump did shut down Twitter, what in God’s name would Trump do with his hands?