How far can the bull run now? 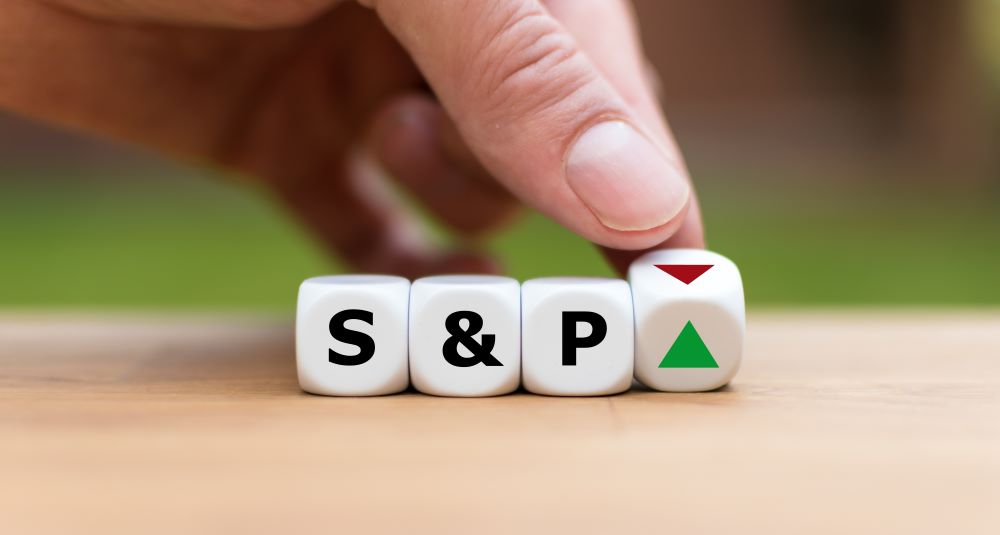 The runup to yesterday’s US open and the regular session’s trading confirmed my call that stocks would break above the key resistances. And they did effortlessly overcome the upper border of March’s gap and the 61.8% Fibonacci retracement without really looking back. Now that they trade also above the 200-day moving average, how far can the bull run reach?

A resoundingly higher open followed by more buying before running out of steam 30 minutes before the closing bell – that’s a fair characterization of yesterday’s session. As it happened on reasonably high volume and the candle’s shape isn’t that of a profound reversal, the implications are bullish for the days to come.

It’s been only the 200-day moving average that provided resistance to stocks yesterday, and while the sizable upper knot isn’t a pleasant sight to see for the bulls, it will likely turn out to be a soon-forgotten mark in the slow grind higher that I expect to play out over the coming weeks. The best the bears can hope for in my opinion, would be a sideways digestion of recent gains.

That’s because yesterday’s session shows that the buying power is there, and the sellers haven’t been able to bring prices down much.

Up till now, the S&P 500 consolidation is taking shape of a shallow sideways trading range ... The current price action appears to be a case of back-and-forth trading only, as we see no signs of an impending reversal to the downside to act upon.

Technology is having one of its weaker days today so far, while healthcare is still range-bound and financials are steeply higher. Neither real estate or consumer discretionaries are disappointing, and the stealth bull market trio (energy, materials, industrials) is higher too.

Would the credit markets’ closing prices still confirm the bullish take on stocks?

High yield corporate debt (HYG ETF) predictably opened higher yesterday, but just couldn’t keep the intraday gains. On the other hand though, the bears didn’t get their way either. On respectable volume, junk corporate bonds closed little changed from where they started the day, which means that we’ve most likely seen a daily consolidation only.

While further consolidation of recent sharp gains wouldn’t come as a surprise, I think it’s more probable that the bullish bias will prevail over the coming sessions, and that this leading metric of credit market health would go on to serve as a tailwind for stocks.

No material change here either - the moves in stocks and the high yield corporate bonds to short-term Treasuries ratio (HYG:SHY) continue to be moving in lockstep. Crucially for the stock bulls, this gauge of bullish spirits remains on their side. Simply put, the setback stock bulls suffered in the last 30 minutes of yesterday’s regular session, is nothing the sellers could call home about.

The ratio of investment grade corporate bonds to long-dated Treasuries (LQD:IEI) also shows no divergence when compared to the HYG:SHY ratio. It means that we’re in a risk-on environment and the riskier HYG:SHY ratio is firmly in the driver’s seat.

Technology (XLK ETF) was rejected at the gates of the upper border of the late-February bearish gap, declining powerfully in the last 30 minutes of the regular session. The volume was elevated, but nowhere representative of a real reversal that’s about to stick. That makes me think any potential follow-through will be readily absorbed by the buyers, and we’re likely to see yesterday’s open overcome before too long.

Healthcare (XLV ETF) brought us another long red candle, but on relatively lower volume – and that means even smaller bearish short-term implications than could be the case for technology. In other words, I expect a return of the buyers in both of these key sectoral ETFs pretty soon.

Financials (XLF ETF) have been the star heavyweight performer of yesterday’s session, coming within spitting distance of both April local tops. Financials rose on outstanding volume, and kept half of their intraday gains, which makes the outlook for coming days bullish.

So, we see the three sectors positioned for more gains, would the rest of the crowd agree?

Consumer discretionaries (XLY ETF) certainly would as they kept much of their opening gains intact, unlike technology. Real estate (XLRE ETF) also showed up strongly.

As for the stealth bull market trio, all three - energy (XLE ETF), materials (XLB ETF) and industrials (XLI ETF) – moved higher, with the industrials leading the pack. That’s a bullish combination, boding well for stocks over the coming weeks.

Summing up, yesterday’s session brought us powerful follow-through buying and less and less in terms of resistances is standing in the bulls’ way. The 61.8% Fibonacci retracement and the early March gap are history, and soon will also be the resistance provided by the 200-day moving average. Both the credit market and sectoral analysis favor this bullish takeaway. So does the Russell 2000 upswing as stocks ignore the rising US-China tensions, and instead focus on a new 1 trillion euro stimulus package across the Pond. The lasting move above the 200-day moving average would be for starters only, as I expect stocks to slowly grind higher overall despite the high likelihood of sideways-to-slightly-down trading over the summer. But before that, the ball remains in the bulls’ court.