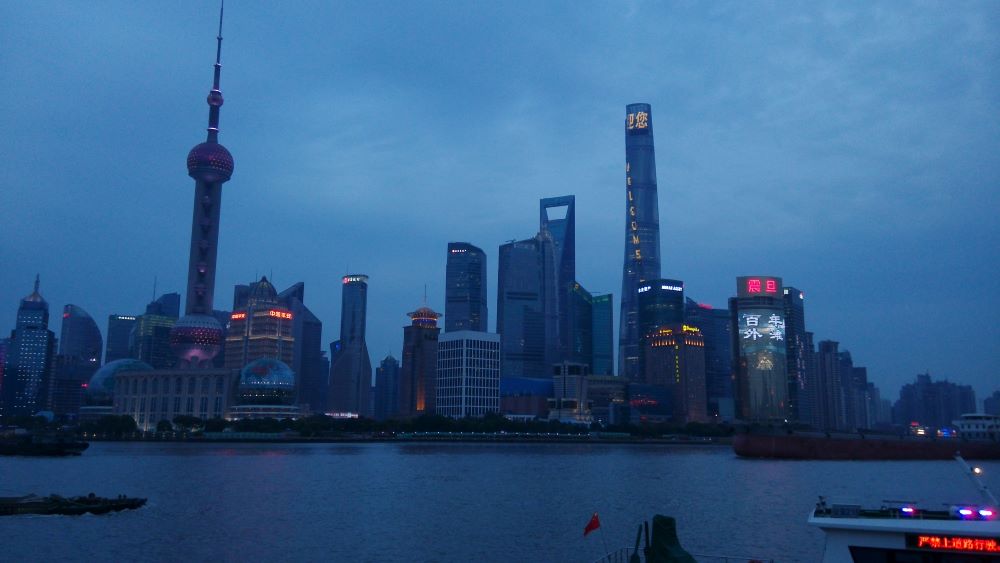 If any doubt remained about whether a U.S.-China economic decoupling is taking place, the Trump administration dropped another bomb this week aimed straight at China’s premier global tech company.

The Commerce Department moved to block Huawei, the world’s largest maker of telecom equipment, from using any American technology in its strategic semiconductor manufacturing – no matter where in the world it gets it. The move aims to stop Huawei’s progress in making its own computer chips, which it accelerated after last year’s ban on its direct American imports.

The new move means overseas chip plants using U.S. technologies cannot sell to Huawei, a privately held company with $122 billion in revenue last year. The Trump administration alleges that Huawei’s equipment poses security risks because it could be used by the Chinese government to snoop on the U.S. government and private industries – which Huawei denies. The Commerce Department made no bones about what it was doing – directly targeting one company that could threaten long-term American dominance in several technologies, including next-generation 5G.

“This announcement cuts off Huawei’s efforts to undermine U.S. export controls,” it said, adding that it is “amending its longstanding foreign-produced direct product rule and the Entity List to narrowly and strategically target Huawei’s acquisition of semiconductors that are the direct product of certain U.S. software and technology.”

The effect was immediate, as Japan’s Nikkei Asian Review reported this week that Taiwan Semiconductor (NYSE: TSM) had stopped taking new orders from Huawei. TSM is the biggest contract manufacturer of advanced semiconductors that power Huawei’s high-end smartphones and other products.

It just so happens that TSM announced last week its plan to build a new factory in Arizona to the tune of $12 billion. The factory, with plans to break ground next year, will be tasked with manufacturing the world’s most advanced 5-nanometer chips. A quid pro quo? The announcement didn’t come in a vacuum but instead amid intensive discussions in Washington about whether to cut off Huawei from its foreign suppliers.

Here’s part of the problem: The new restrictions will cut revenues and hamper research and development for U.S. companies, the Trivium research firm noted.

"It could make it very difficult for U.S. companies who have been selling their products to Chinese companies," said Doug Barry, communications director at the U.S.-China Business Council, according to Trivium. "That will affect their revenues, their employment, their supply chain, the competitiveness of their products."

The U.S. initially targeted Huawei in May 2019, banning U.S. exports to the firm that operates in more than 150 countries. But Huawei could still get U.S. products through third-party vendors. Now that loophole is largely closed.

At the time, the Chinese Ministry of Commerce responded with a threat to create its own “unreliable entities list” for American companies in a mirror image of the U.S. action, but this never happened.

Now it will, and it’s going to hurt some very prominent U.S. companies. The Communist Party organ Global Times previewed the action in a recent article that anticipated the latest move by the Trump administration against Huawei.

“If the U.S. further blocks key technology supply to Huawei, China will activate the ‘unreliable entity list,’ restrict or investigate U.S. companies such as Qualcomm (Nasdaq: QCOM), Cisco (Nasdaq: CSCO) and Apple (Nasdaq: AAPL), and suspend the purchase of Boeing airplanes,” it warned.

Now we have just learned, on the eve of the delayed annual meeting of the National People’s Congress in Beijing, that the economic plan calls for several actions against foreign companies. They include national security reviews, anti-monopoly reviews, technology security management reviews and – yes – an unreliable entity list.

Boeing (NYSE: BA), which has enough problems of its own right now, sells more planes to China than it does to any other foreign country. China constitutes about 22 percent of its total sales, and China’s aviation industry is booming. The company has plans to sell many billions of dollars’ worth of aircraft to the Chinese, and that is now in serious jeopardy.

Apple, Cisco and Qualcomm each has a huge presence in China and stands to be similarly hurt. This is why Trump’s strategy of singling out China won’t work. It’s too big, its economy too complex and powerful.

Despite the American moves, China’s semiconductor industry won’t stand still. Just last month, Yangtze Memory Technologies, based in the coronavirus epicenter of Wuhan, announced it had developed a 128-layer NAND flash memory chip, with mass production to start late this year or early next year, Technode reported. YMT’s breakthrough will allow it to compete with Samsung, Micron and SK Hynix.

Meanwhile, China is forging ahead with its Made in China 2025 initiative that is already producing world-class technology in artificial intelligence, medical devices, green transportation, synthetic materials and many others.

It spends heavily on R&D, leads the world in patents and is churning out more engineering and science graduates than any other country, including the United States. We can work with China or we can work to undermine it. We do the latter at our own peril.

Topics:U.S. Action Against Huawei Spotlights Dimming Relationship with China
READ MORE
COMMENTS0 comments
Sign in
We reserve the right to remove any content at any time from this Community, including without limitation if it violates the Community Standards.
SUBSCRIBERS ONLY
MOST READ
LATEST NEWS
HOME
CHINA STOCKS
U.S. STOCKS
COMMENTARY
INVESTOR RELATIONS
INVESTIGATIVE RESEARCH REPORT
ABOUT US