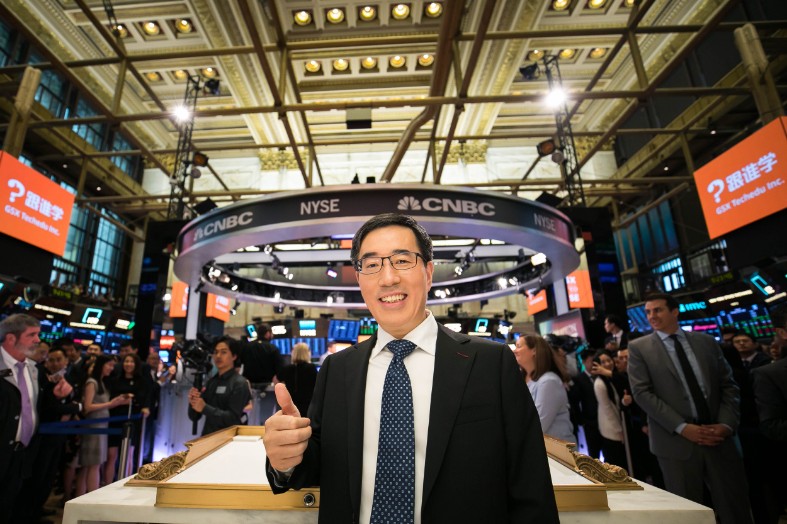 The research firm alleged that the Chinese afterschool tutoring provider overstated its users by “at least” 73.2%, and “quite likely” by 80.8%. Moreover, Muddy Waters said in the report, dated May 18, those conclusions are company-favorable. “A somewhat less company-favorable approach would yield a fake user ratio approaching 90%,” the report stated.

And based on the alleged bot figures, Muddy Waters claimed, the revenues of GSX are also overstated.

“Although it would not surprise us if the ASP on the real portion of GSX’s business is fraudulently inflated too,” the short-seller firm added.

Muddy Waters said it based its findings on GSX’s attendance data from more than 200 paid classes for 54,065 users in the first half of 2020, as well as statements from a former GSX manager. 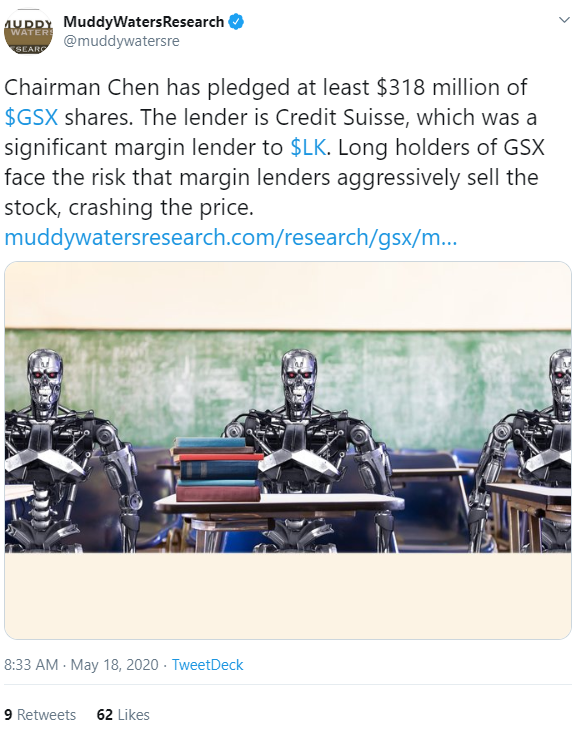 The allegations followed an April report by Citron Research, which called GSX "the most blatant Chinese stock fraud since 2011." Citron claimed the education company overstated its revenues by up to 70% and that 40% of its reported users were bots.

At the time, GSX denied the allegations, saying that the report included numerous errors, unsubstantiated statements, and a misinterpretation of information.

The Beijing-based GSX became publicly traded in June 2019, raising $208 million from Wall Street investors. In an interview with CapitalWatch on IPO day, Shannon Shen, the chief financial officer of GSX, said the company takes pride in its sustainability and independence from outside funding.

Since issue price of $10.50 per share, GSX stock has had a strong trading run, especially since the Covid-19 outbreak turned Chinese students to online tutoring. Shares in the company hit a high of $46.40 before the Citron short report, then rebounded after GSX replied and turned up beefy financials.

On Monday morning however, thanks to Muddy Waters, the company’s stock was trading at $30 a share, down from $35.48 on Friday.