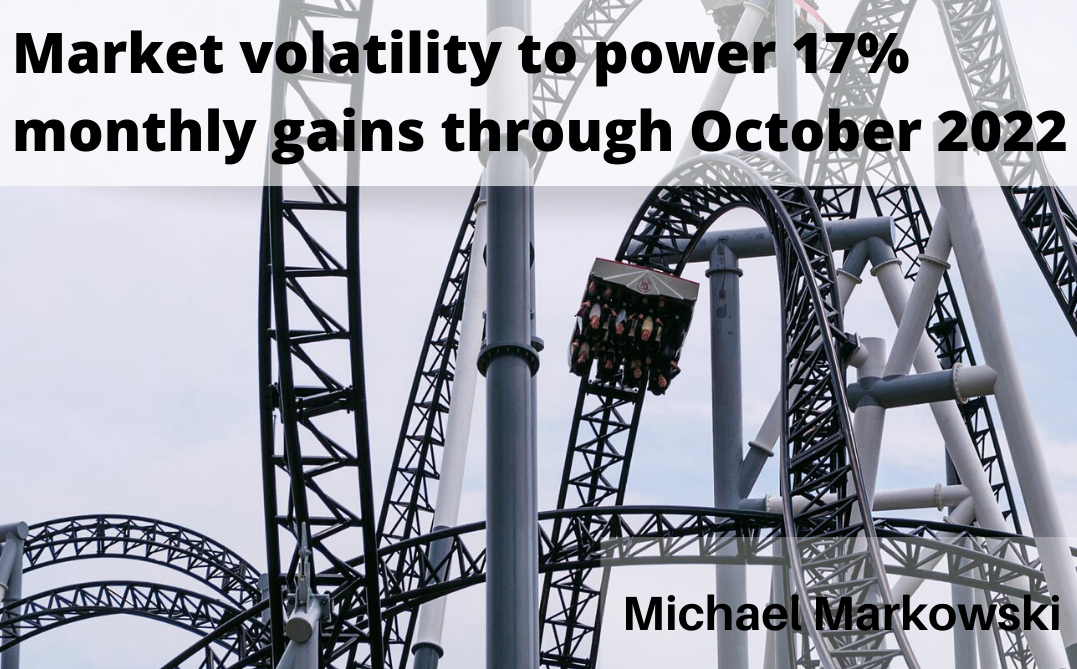 Increased market volatility since February 2020, will power average monthly gains of 17% and cumulative gains of 500% from trading the long and short ETFs for the US and 12 other countries through October 2022 according to the SCPA algorithm.  The markets of the 13 countries began their crashes from their 2020 all-time or multi-year highs on February 20, 2020.

The SCPA (Statistical Crash Probability Analyses) has forecasted 31-month journeys for the markets of the countries to their final October 2022 bottoms which will be 79% below their 2020 highs.  The SCPA’s 2020-2022 market gains forecast is based on the findings from the empirical research of the Dow 1929-32 and the NASDAQ 2000-02 market crashes.

From April of 2000 to September of 2002 the NASDAQ had 13 rallies producing gains ranging from 12% to 51%.  The rallies were followed by 13 corrections from May of 2000 to October of 2002 which produced gains ranging from 15% to 40%.  The rallies produced aggregate gains of 302% and the corrections produced gains of 317% from shorting the market.  The cumulative gains for the NASDAQ’s rallies and corrections over the 31 months was 619%.

The three-month price charts below are for the Dow from September 24 to December 24, 1929 and for Brazil’s Bovespa index from January 24 to April 24, 2020.  The chart patterns for two market crashes 91 years apart sharing the same genealogy are virtually identical.

All of the above charts are a testimonial in support of utilizing empirical market crashes data and statistical probabilities to forecast future crashes and their post-crash events.  The 2020 crashes for the markets of 13 countries provide rare 500% cumulative gain opportunities in less than three years from utilizing a long and short ETF trading strategy.  Since 1900 there have been only two prior periods, 1929-1932 and 2000-2002 in which such gains were possible.  It could be 2040 to 2110 before another opportunity for gains of 500% in less than three years becomes available.

SCPA (Statistical Crash Probability Analyses) is forecasting a 100% probability for the following post-crash of 2020 events:

The table below contains the SCPA’s initial forecasts that were made in March 2020.  All four of the precise forecasts were accurate.