A champion's life is so much more than gold medals. 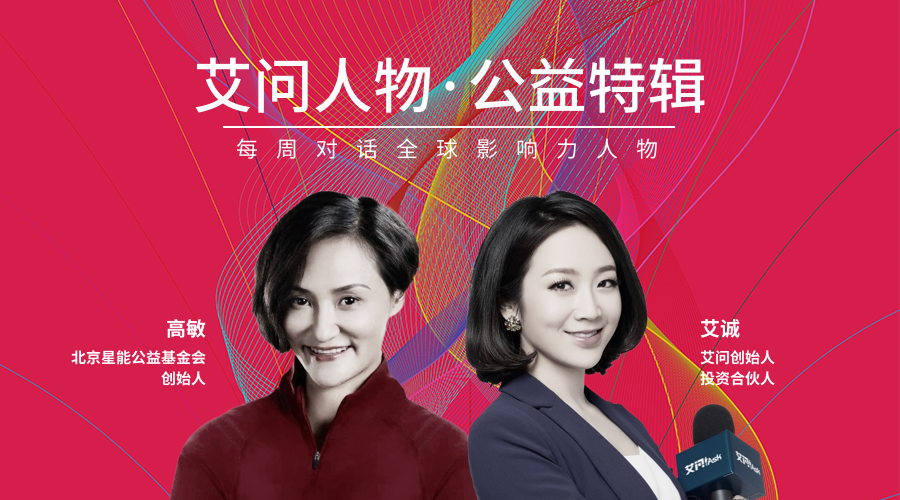 Gao Min, nicknamed as the "Diving Queen" of Chinese first generation of female divers. During her 7-year career at the National Diving Team of China, she has won more than 70 gold medals.

She is China's first gold medal winner in Olympic springboard diving, and also the only female athlete in the world to breakthrough 600 points.

After the glory, the champion has commenced her philanthropic journey in the past 30 years.

What is font of Gao’s sports spirit and philanthropic momentum?

Independence and boldness are the mantra of Gao Min’s family education.

Her father is a sports fan. Influenced by his father, Gao Min ignited the enthusiasm for various kinds of sports.

At the age of four, Gao min’s father took her to practice swimming in the river. When spotting that she was curious about diving, her father encouraged her to jump into the water from a stone between one and two meters high. It was the start of Gao Min’s unspeakable affinity for diving.

“Everyday, I went to the training ground 10 minutes earlier than others, which would save me 10 minutes of warm up. I got extra 20 minutes each day, which accumulated to over 7000 minutes of more practice a year.” Gao Min said in the interview.

Much a little persistence begot the championship of Gao Min.

He believes that "there is no eternal champion." As a champion, she never slackened off.

In the ensuing seven years from 1986 to 1992, Gao Min has reigned the world springboard events, invincibly winning all the gold medals.

But behind the invincible aura hid an extreme fear of failure. Prior to the 1992 Barcelona Olympics, Gao Min kept a world-envied record, and was highly expected.

When I won the world championship for six years in a row, some foreign media commented that it was unfortunate to live in the same era as Gao Min. It was when my fear appeared. I was afraid of losing the gold medal confirmed in the hearts of the people, at the upcoming Barcelona Olympics. I was afraid of losing face, afraid of getting more injuries from training, afraid of being surpassed by younger athletes due to less training. Sometimes at the pool side watching my opponents training, would break me into a cold sweat.

Every time after the dive, the lingering pain was eroding my confidence. After training, looking at the tired and trembling muscles, I knew that my faith was shaken.

Burdened with the great hopes of a whole country, Gao Min was pressured and dared not imagine what she would face if losing the game. It was so stressful that Gao Min had suicidal thoughts. She held the pills overnight in hand, but eventually threw them into the trash can.

"For my last dive at the Olympics, I was too nervous to look up at the crowd who cheered for me. I had too many technique details to go over in mind. So I told myself to calm down. It must be a dive, not a fall. Performing 80% from the normal training would secure the championship.” Gao Min called back to mind and reset the scene.

"At the most critical moment of my life, I had to give myself completely to the daily training. I steadily walked over the springboard and decisively took off. The movement was coherent in the air, straight into the water. I finally won. Standing on the podium, I would never forget the pride of exceeding myself.

On the day of the finale, Gao Min did not disappoint the Chinese audience, and the Olympic gold of the 3-meter springboard was once again around her neck.

From the “Diving Queen”to a Philanthropist

After winning the championship at the Barcelona Olympics , the 22-year-old Gao Min decided to retire.

"I've been retired for many years, and I can' t compare myself to the best person or the champion in other fields. I just tell myself that becoming the best self is the most important. The competition is particularly cruel in sports.  In an Olympics, only 300 hundred or more gold metals are available, but there are tens of thousands of athletes from hundreds of countries striving for a ticket and contributing their utmost performances. It shows that winning gold medals is not everything.” Gao Min remarked.

The cruel competition in an athlete’s career has made Gao Min understand that in a short life, what matters most is to become the best self.

Soon after her retirement in 1992, she auctioned her gold medal from the sixth FINA World Championships. Part of the fund went to support Beijing's bid for the Olympic Games, while she used the rest to set up the "Gao Min Scholarship" at the Chengdu Sport University in the following year. In 2007, she also launched the "Gao Min Scholarship" at the Beijing Sport University.

In the past 20 years, more than 100 students have benefited from the two scholarships.

"Hundreds of sports people have hitherto received the Gao Min Scholarships. Some of them have become principals, others are working as teachers, or committed in all walks of life. I am feeling very good and want to share the pleasure with more people. Thus the Beijing Xingneng Public Welfare Foundation was born.“ Gao Min spoke with a tinge of pride in the interview.

In May 2015, Gao Min initiated the Beijing Xingneng Public Welfare Foundation, with the participation of more than one hundred outstanding athletes, including Nie Weiping, Wang Junxia, Zou Shiming, Ding Junhui and Wang Hao, together with a list of caring entrepreneurs.  The mission of the Foundation is to pay tribute, support and care for the Chinese sportsmen outside the spotlight.

Since returning to China from her coaching position in Canada in 2015, Gao Min has joined the Red Cross, the China Foundation for Poverty Alleviation, and the China Soong Ching Ling foundation. She has participated in numerous public welfare events in various scales and types as a charity ambassador and never ceased to regard general welfare.

Up till now, the once “Diving Queen”has been devoted nearly 30 years in philanthropy.

In 2019, Gao Min was inducted as one of the greatest 100 champions in the history of sports by the BBC. Gao Min has reached the peak of her sports career, but her philanthropic service never ends.

We have confidence in children. In fact, being our own champion is the most basic requirement of being an athlete, for most competitions are about challenging human’s physical limits. Not everyone can become the champion.

Therefore, the Foundation has chosen children’s sports schools to land the programme. Above 95% of the children we sponsor will leave sports school, a small number will enter the professional team, and only one in thousands can really represent our country in the Olympic Games like me.

The sponsored children by the Foundation are mainly the grassroots of Chinese sports. When most of them realize that they cannot be a special champion, they may turn their dreams to becoming a soldier, or a gym teacher.

I think being a gym teacher is really great. Let's imagine when these young athletes leave sports arena and are grown up, are they the most qualified to become the mainstay of China?

Children's spirit of unremitting efforts in improvement has moved the whole society. In 2019, the Foundation received more than 30,000 donations, which helped build up the children's spiritual wealth. I would like to share with you dreams of two 12-year-old athletes:

An Fei is a 12-year-old girl. She has a wish to walk out of the mountain. She doesn’t expect to have sportswear, sneakers, shampoo, or even a decent suit. She just wants to roam a place called dream like an eagle flying in the sky.

The second dream is from a little athlete living in a poor family. He said that sports had changed the trajectory of his life, and he liked the feeling of being free on ice. He knows that his physical qualifications are not the best, but he can be the hardest player in the team, because he has a dream to stand on the podium and witness the raised five-star red flag in the arena.

Gloria Ai: I see the spirit and attitude of a champion in you, when undertaking public welfare. What makes you willing to give so much and return to the disturbing spotlight?

Gao Min: All of our champions aspire to help little athletes avoid detours where we were.

Because we have witnessed the struggling and devotion of our teammates, and peers we practice together. We all hope that they can have a better life. So we together help these young athletes, to encourage them with the sports spirit. Especially for those children who accounts for over 95% of our athletes, we can use the spirit of sports to accompany them in a life time.

Gloria Ai: It is really good news for young athletes. How do you put it if you use a key word to evaluate the philanthropic journey you've been through?

Gao Min: I think it is quite smooth, quite different from the previous competitions. Doing public welfare actually does not need a goal. I just do myself well. Actually, the Foundation works as a bridge for us, to transport love to the needed side. I would improve myself, and give more love to children who are in need, so there is not too much pressure.

Gloria Ai: I heard from your colleagues that you may visit six physical fitness training schools in a month to do public welfare. Where are the schools?

Gao Min: We visited two schools in Sichuan, and two in Shanxi, before traveling to Guangdong and Guizhou.

Gloria Ai: You take the champions to visit them. When the juvenile faces see the champion come along to encourage and support them, what changes will happen to their life?

Gao Min: The courses we have are more than 20 minute talks. There are a lot of other courses as well. We don’t expect little athletes to remember all, but hope they can remember one or two sentences told by one of our athletes at the critical time of their lives, to encourage and help them. It would be content enough.

Gloria Ai: Thank you for sharing this. The sports spirit is motivating and inspiring. Everyone must be your own champion. Innovators in different tracks, should build your self-worth in subdivision industries. Eternal champion does not exist, but a hero does.

Topics:There Is More to Life Than Olympic Gold
READ MORE
COMMENTS0 comments
Sign in
We reserve the right to remove any content at any time from this Community, including without limitation if it violates the Community Standards.
SUBSCRIBERS ONLY
MOST READ
LATEST NEWS
HOME
CHINA STOCKS
U.S. STOCKS
COMMENTARY
INVESTOR RELATIONS
INVESTIGATIVE RESEARCH REPORT
ABOUT US