WiMi's 3D Holograms Bring Technology of the Future Into Focus 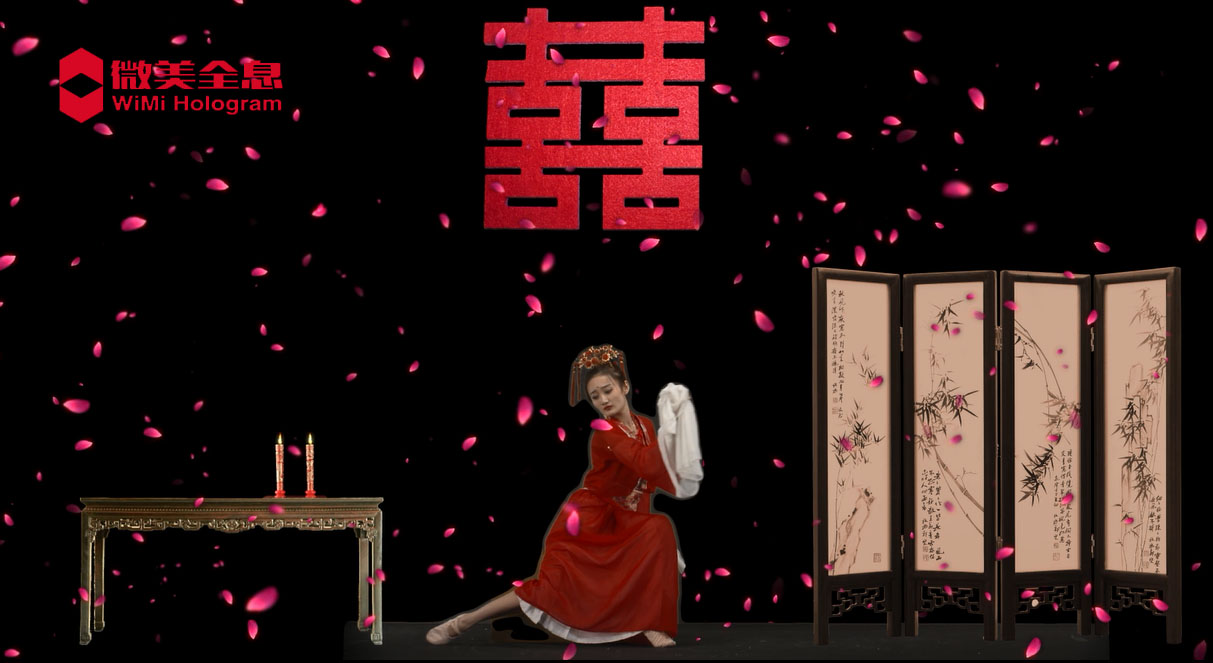 It was debut day for Chinese holographic AR company WiMi on Wednesday in the quarantined New York. WIMI shares wavered between $4.70 and $6 apiece before ending the day at $5.51 per American depositary share on Day One, 1 cent above the offering price.

The IPO of WiMi Hologram Cloud Inc. (Nasdaq: WIMI), celebrated remotely and far from Times Square, was about gaining credibility and international recognition, says the general manager of science at the company, Michael He.

“It’s a start of a new journey,” He told CapitalWatch in an interview right as the company’s shares lifted off in trading.

WiMi became the second Chinese company to become listed in New York since the outbreak of the coronavirus in late January. On Wednesday, Wall Street began the second quarter in selling mode as investors anticipated more damage from COVID-19. In the first quarter, the Nasdaq plunged 14%.

That means the market will bounce back up. And this makes it the best time to buy WIMI stock, He said. “We have reduced our valuation by 35%.”

A long-time friend of WiMi founder and chairman, Jie Zhao, He has been with WiMi since its launch. He said, “With Zhao, we are in good hands.” A Tsinghua University graduate, Zhao is an entrepreneur with a track record of starting companies in the mobile internet space, among which was Weixun Yiton. Zhao also served as a director at Xiangtong Animation Group, one of the earliest Chinese companies in mobile animation development.

Zhao invited He when he decided to launch WiMi in May 2015. Today, Beijing-based WiMi is China’s largest holographic augmented reality platform in terms of revenues and AR hologram portfolio. According to company prospectus, WiMi owned 4,654 AR holographic contents as of June 2019. WiMi boasts of using cutting-edge algorithms for the visualization of realistic high-resolution projection in 3D with a speed of image processing that’s 80% faster than the industry average. The company also cooperates with content creators including brands, film producers, and talent agencies, as well as invests in related AR development startups.

Currently, WiMi provides holographic AR solutions on its cloud platform to clients in the advertising and entertainment spaces. The ads space is most profitable – during the half-year through June 2019, 83.1% of WiMi’s revenue (total of $23.1 million) was generated from holographic AR advertising services. The sector is growing in popularity as the short videos market is booming with ByteDance’s TikTok, Tencent’s Youku and related trending platforms – and embedded holographic ads in videos cannot be skipped over like the traditional commercials. Users are often unaware of their presence, according to He.

WiMi’s next milestone is expanding in the education area, where the necessity for online resources became especially apparent during the COVID-19 outbreak.

“Education is a huge market, especially right now, when all the kids have been staying at home and China is advancing its distance learning programs,” He said.

Eventually, WiMi wants to work with the government on the development of electronic classrooms and integrating hologram videos with school textbooks. It is also toying with the idea of bringing the best city teachers to schools in rural China – when the hardware catches up with the computer algorithms, according to He.

The company also expects that 5G technology will lead to new heights in holographic AR development in the spaces of retail, travel, household, and communication.

“In the future, there will be no need for travel. You would just send a holographic image,” He said. Holograms have already been used to bring famous people back to life and project performers in front of live audiences, like it’s been done with Whitney Houston and Michael Jackson. Except with those, as innovation-focused content community Interesting Engineering reported, the projection was really 2D and was only perceived as 3D because of an illusion technique called Pepper’s Ghost. Building a 3D life-like hologram requires months of development and large investment, but WiMi’s general manager of science believes it’s something that will become more doable and even widely accessible in the future.

Driven by technology progress and China’s large population of mobile internet users (Now at more than 800 million, Statista expects the number of mobile internet users in China will exceed 900 million in 2023), the AR market is projected to grow at a face pace. In entertainment, which includes AR mobile phone games, the market size of China’s holographic AR is expected to nearly double from 2020 to 2025 and reach 180 billion yuan, according to Frost & Sullivan, as cited in WiMI’s prospectus. In the meantime, the ads market using embedded holographic AR in videos will reach 143.9 billion yuan in five years, the market research firm said.

Currently, however, holographic AR development space is still new – and that means lack of experienced professionals in the sector.

Asked about challenges in the industry, He replied, “This is a fast-growing market, but we don’t have enough people. We need to hire more talents in China and globally, but they are not easy to find –, this a new field, talents are limited.”

The proceeds from WiMi’s $26.1 million initial public offering will be used for research and development (40%), strategic acquisitions and investments (40%), and for general corporate purposes, including working capital.

Michael He is extremely confident in the company’s future. Seeing 50% year-over-year growth over the past two years, He believes that WiMi, already a leader and consolidator in China’s holographic AR industry, will grow to become an industry giant.

“This field is still so young, we see great growth potential in the future,” He said. “So, I just want to tell the shareholders: Hold on to our stock, keep an eye on our company, and keep watching the trend.”