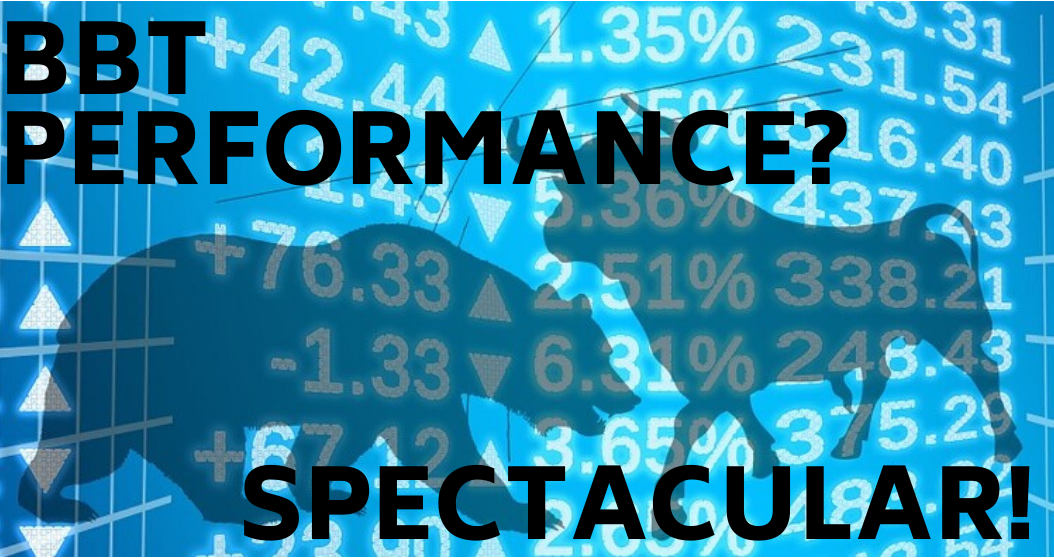 For the first 20 days of March 2020, the Bull & Bear Tracker’s back tested signals performance was spectacular.  Utilizing the signals to day trade the unleveraged S&P 500 long (SPY) and short (SH) ETFs produced a cumulative gain of 41%.  The trend trading signals, which for a majority of the time are held overnight, generated a gain of 32%.

Due to the violent swings for the market, which began on February 20, 2019, the day after the S&P 500, reached its all-time high, the goal has been to reduce the signals’ risk.  Being out of the market and in cash before happy hour every day certainly goes a long way to reduce risk.

The wildest multi-signals day was March 16, 2020.  There were four signal changes. The signal went from green the night before to red on the open, back to a green by 10:00AM and then back to a red by noon.  The signal then went to green during the last hour of trading. Three of the four signals were winners. The cumulative percentage gain for the trend trader for the day was 8.8%.

The day traded signals’ worst daily performance was on March 20th, a decline of 5.2%.  The trend trader’s worst signal was a two-day green which ended on March 18th with a decline of 6.8%.

Since the markets will continue to be volatile the monthly percentage gains from the Bull & Bear Tracker’s signals from trading the SPY and the SH will likely remain in the double digits for the foreseeable future.  The much riskier double and triple leveraged long and short ETFs would boost the monthly gains to in excess of 20% and 30% respectively.

The market has been and will remain very volatile and dangerous for anyone who is not a professional to trade.  Therefore, for the time being the signals are being made only available to registered investment advisors who have been vetted by us.

To be referred to a qualified registered investment advisor click here.

Based on my recent empirical research findings from analyzing prior crashes which have similar traits as the crash of 2020, the probability is high that the decline from the top to the bottom will be from 79% to 89%.  The final bottom will be reached between October and December of 2022. For the rationale and empirical data which supports my crash bottom forecasts read my 2020 crash related articles.

To maximize the liquidation amounts a registered investment advisor (RIA) who has been vetted by BullsNBears.com should be utilized.  The advisor must have the expertise to technically trade the market so that higher liquidation prices can be obtained. Since any referred RIA will be able to utilize the Bull & Bear Tracker’s signals to manage a portion of a portfolio, losses could quickly be recouped.  It’s because the Bull & Bear Tracker produces significant profits in declining and in volatile markets. Read “February 2020, Bull & Bear Tracker’s 8th consecutive profitable month” article.

Watch my 2:50 video which provides details on my track records for predicting bankruptcies, market crashes and rallies at crash-bottoms.