Some Sino-Savvy investors came out on top while the Dow Jones fell nearly 3,000 points 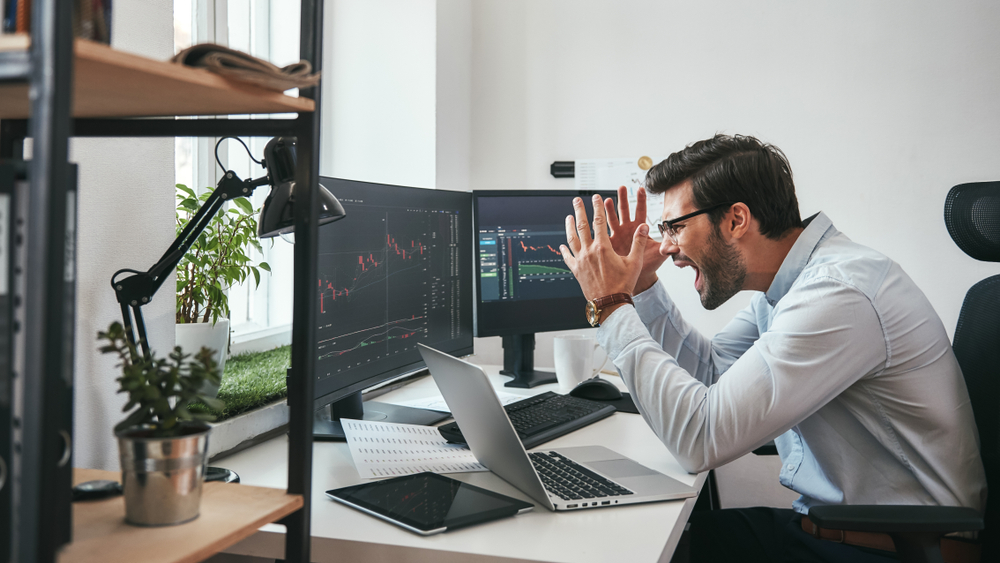 Investors in the U.S. who realized the futility of chasing indexes and gained over 10% Monday by investing in stocks of some Chinese firms amid Monday’s market crash in New York.

Beijing-based Moxian, Inc. (Nasdaq: MOXC) gained as high as 24% intraday Monday to $1.19 per share, but it closed at $1 per share, representing an increase of 3%. The stock price of the company performed more volatile than the benchmarks, losing 43% since 2020. Moxian operates a social network platform that integrates social media and sales, allowing merchants to study consumer behavior in China.

Concord Medical Services Holdings Ltd. (NYSE: CCM) gained 25% intraday Monday. However, its stock dropped suddenly to $1.59 per share, down 5% in the late afternoon. The Beijing-based company operates radiotherapy and diagnostic imaging centers in 20 hospitals in 20 cities in China.

Shares in JinkoSolar Holding Co. Ltd. (NYSE: JKS) declined 29% to $12.364 per share. That was after the solar module maker, based in Shanghai, reported better-than-expected revenues but a miss on earnings for the fourth quarter on Friday.

The stock in Wanda Sports Group Co. Ltd. (Nasdaq: WSG) dropped 27% to $1.47 per share on Monday. Launched in 2018, Wanda Sports operates as the sports arm of Chinese conglomerate Dalian Wanda Group. It has more than 60 offices and 1,600 employees across the world. The offer price for the company’s IPO was $8 per share in July 2019.

Shares in online consumer finance marketplace Yiren Digital Ltd. (NYSE: YRD) were trading below $3 per share, down 27% on Monday.

Borqs Technologies Inc. (Nasdaq: BRQS) continued to be one of the biggest losers on Monday, down 26% to $1.74 per share. The Android-based smart connected devices provider lost 42% on Friday.

The stock of Niu Technologies (Nasdaq: NIU) dropped as low as over 11% on Monday. The maker of electric scooters reported revenues of $77 million for the three months through December, an increase of 25 percent year-over-year. Net income in the fourth quarter was $9 million, or 11 cents per American depositary share, in contrast to a net loss of $6 million or 3 cents per share, a year ago.

Shares of CNFinance Holdings Ltd. (NYSE: CNF) dropped 4% on Monday. The Guangzhou-based home equity loan provider said in the three months through December that its interest fees income was $85.5 million, down 43% year-over-year. Net income dropped by more than three times to $8.7 million compared with $26.9 million in the same period in the preceding year.

Indices in China experienced a relatively moderate decline, compared to what happened in the U.S.

On Monday morning when the S&P 500 tanked over 7% from the prior session’s close, stock trading was halted for 15 minutes shortly after the opening bell.

Aside from the stocks, Crude Oil Futures dropped 8.79% as of Monday afternoon. Gold, previously a safety asset, lost 1.12% in its futures prices by afternoon's trading. Silver futures were trading at $12.86, significantly below its recent high record of $18.88 on February 24.

Bitcoin has been declining to $4892 BTC/USD, while bitcoin was traded as high as above $10,000 in February.