Ruhnn Holdings is preparing to expand its system to other major online platforms as it executes growth initiatives. 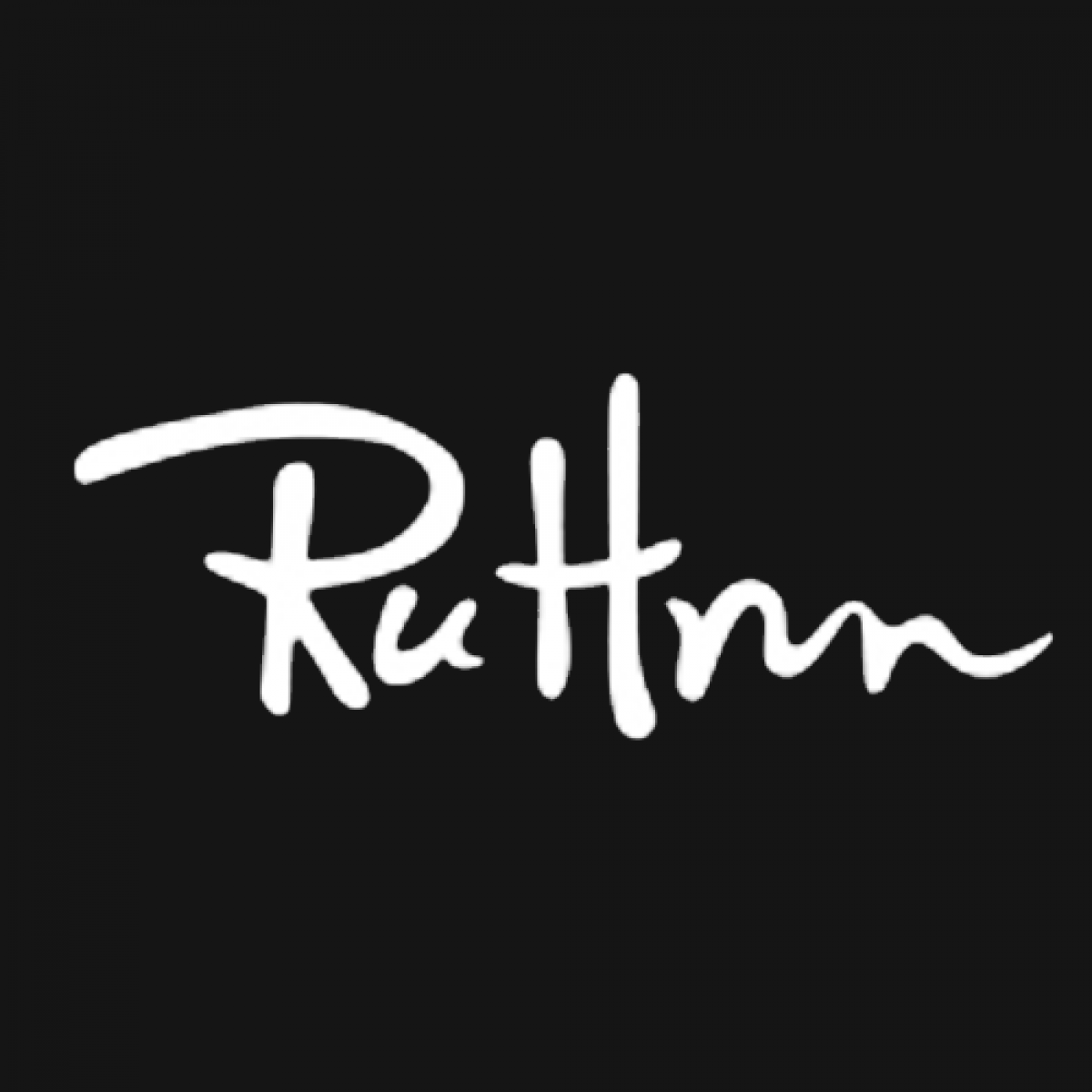 The firm provides e-commerce services to brands in Asia by connecting them with key opinion leaders.

RUHN has performed admirably despite the external shock of China's coronavirus outbreak and management's plans to expand its system to other major platforms bodes well for potential stock upside in future quarters.

Management is headed by co-founder and Chairman Feng Min, who was previously general manager at Hangzhou Hedi Xiongjia Technology Company.

Senior management holds a total of 50.96% of company stock pre-IPO. Alibaba (BABA) is a significant investor in the company, with an 8.56% stake.

Ruhnn has developed extensive partnerships with both online and offline players in what it calls the ‘new retail industry' that enable it to integrate ‘online, offline, supply chain and data' that ‘replace traditional sales and marketing channels and enable two-way communication between businesses and consumers.

The firm is partially backed by Alibaba through its Taobao business, but management only generally refers to the relationship and Taobao website, to which it refers its fan base for purchasing products.

The graphic below shows Ruhnn's view of the new ecosystem and the dark blue arrows represent the various forms of business activity the firm operates and generates revenue from: 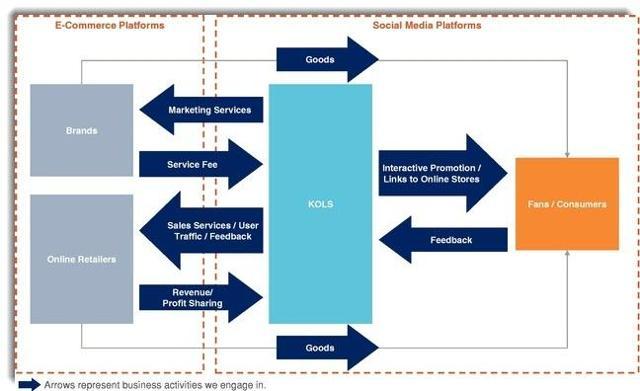 According to a 2018 report by Messe Muenchen citing the Internet portal Business of Fashion, the market for KOLs ‘is estimated to be worth over 18 billion dollars.'

KOLs were initially used by luxury and fashion brands who featured existing celebrities as spokespersons.

More recently, KOLs have employed all manner of individuals who brands believe will present their products in the appropriate light via online and offline activities.

Management says it faces competition primarily from other direct competitors in the China KOL ecommerce sector. It believes it can compete effectively due to its first-mover and fan-base size advantages as well as the breadth of its selling and marketing capabilities.

RUHN's topline revenue by quarter has been uneven on a sequential basis, but Q4 2019's revenue increased by 24% versus the same period in 2018, as the chart shows below: 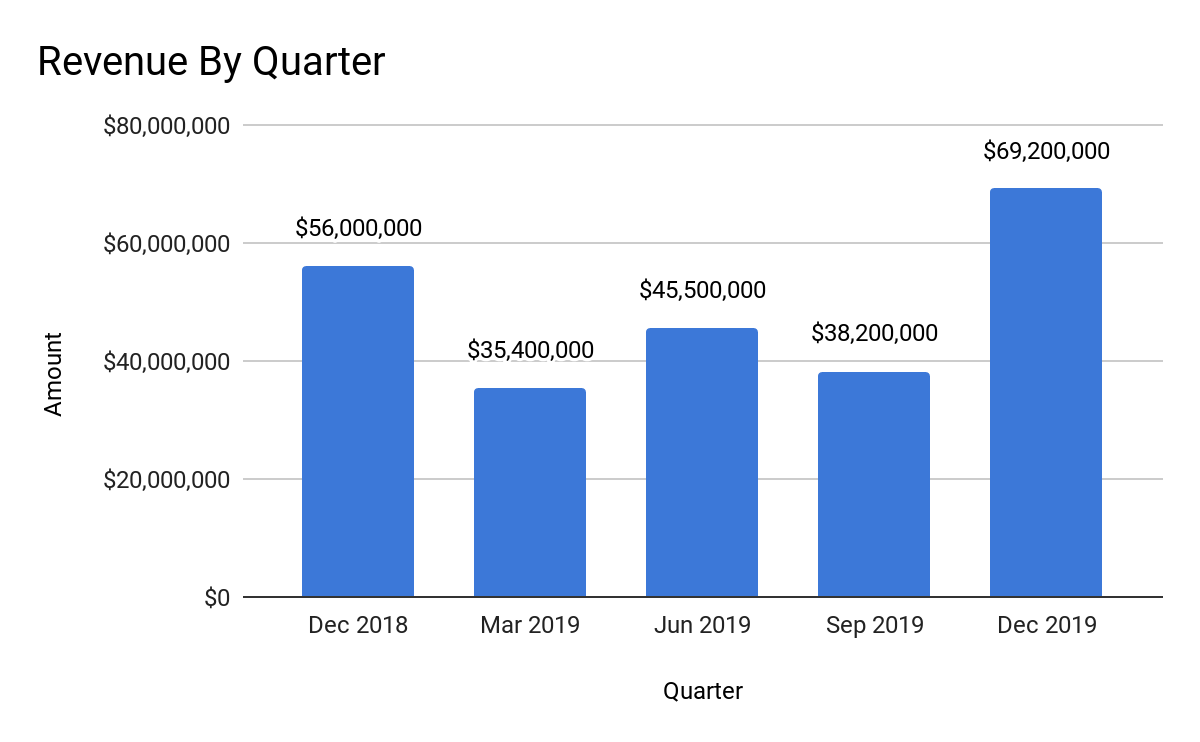 Gross profit by quarter has similarly been uneven, but Q4 2019's results exceeded that of Q4 2018: 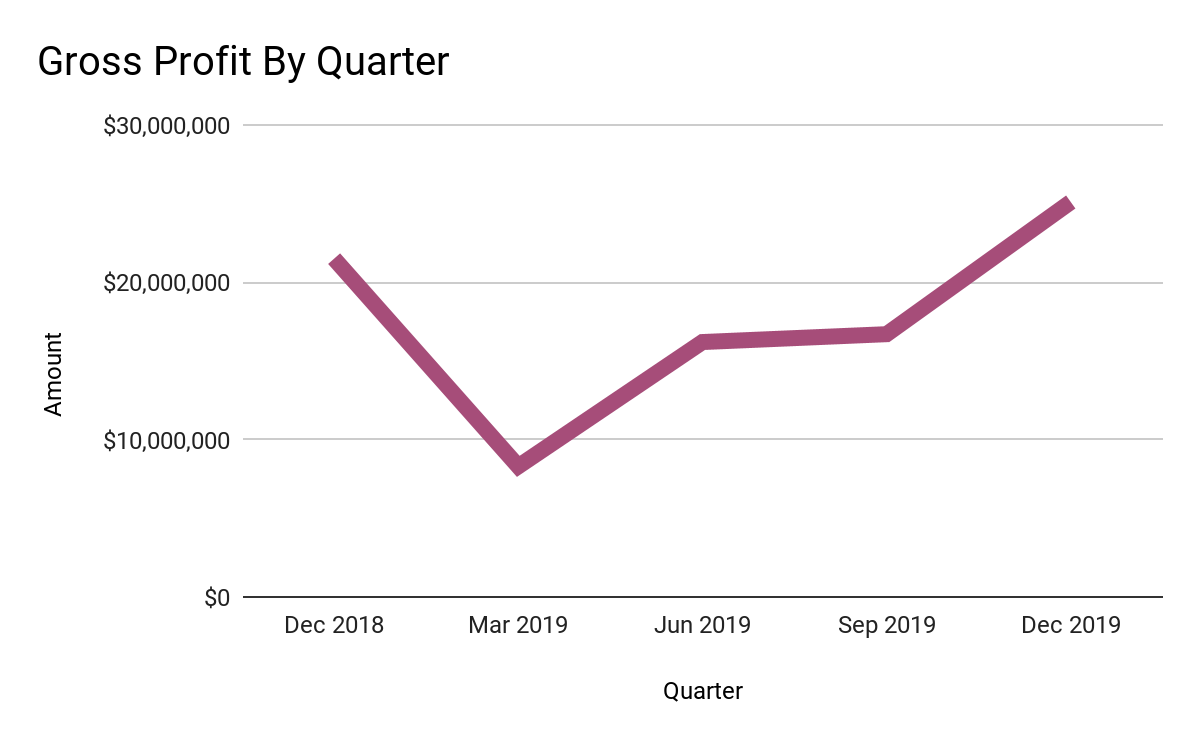 Operating income by quarter has not improved versus Q4 2018's results, but was positive in the most recent quarter: 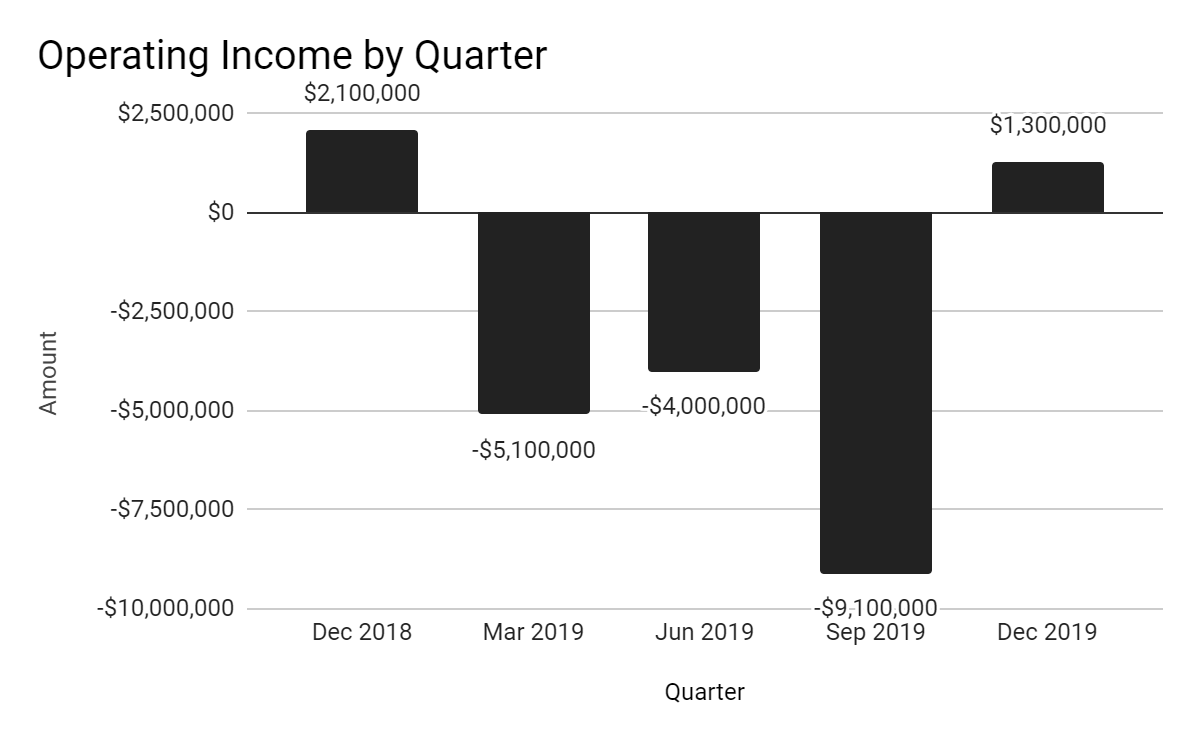 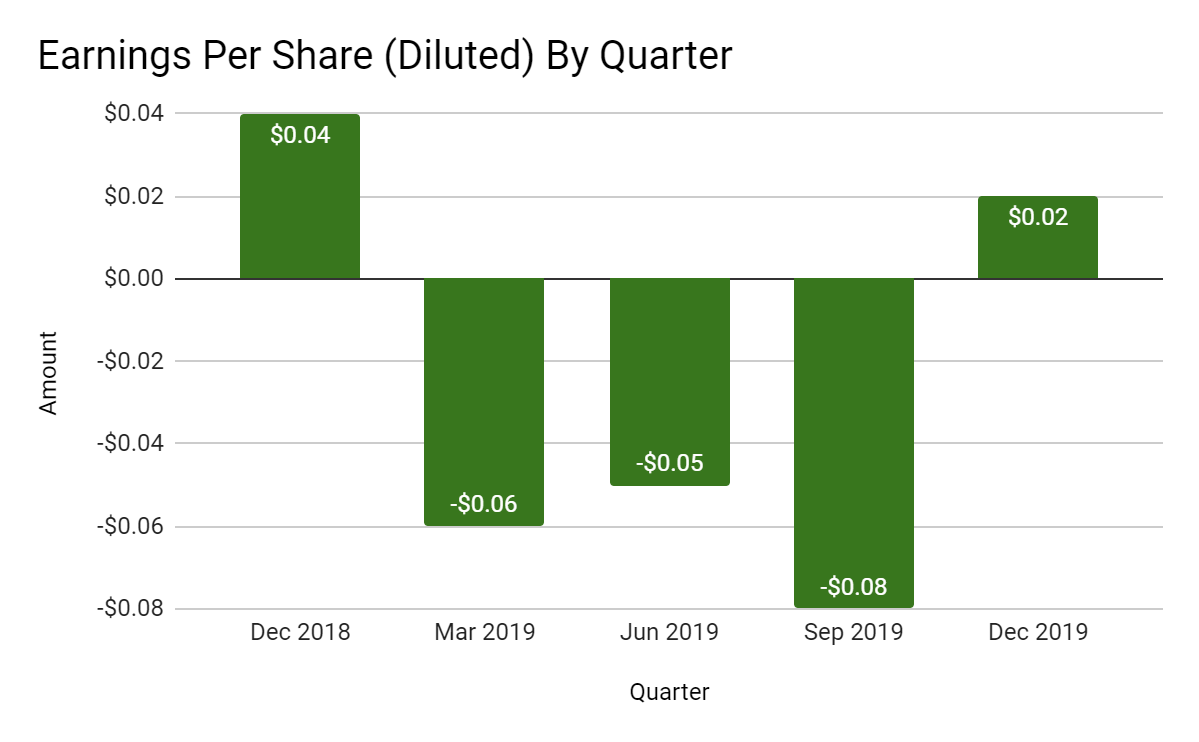 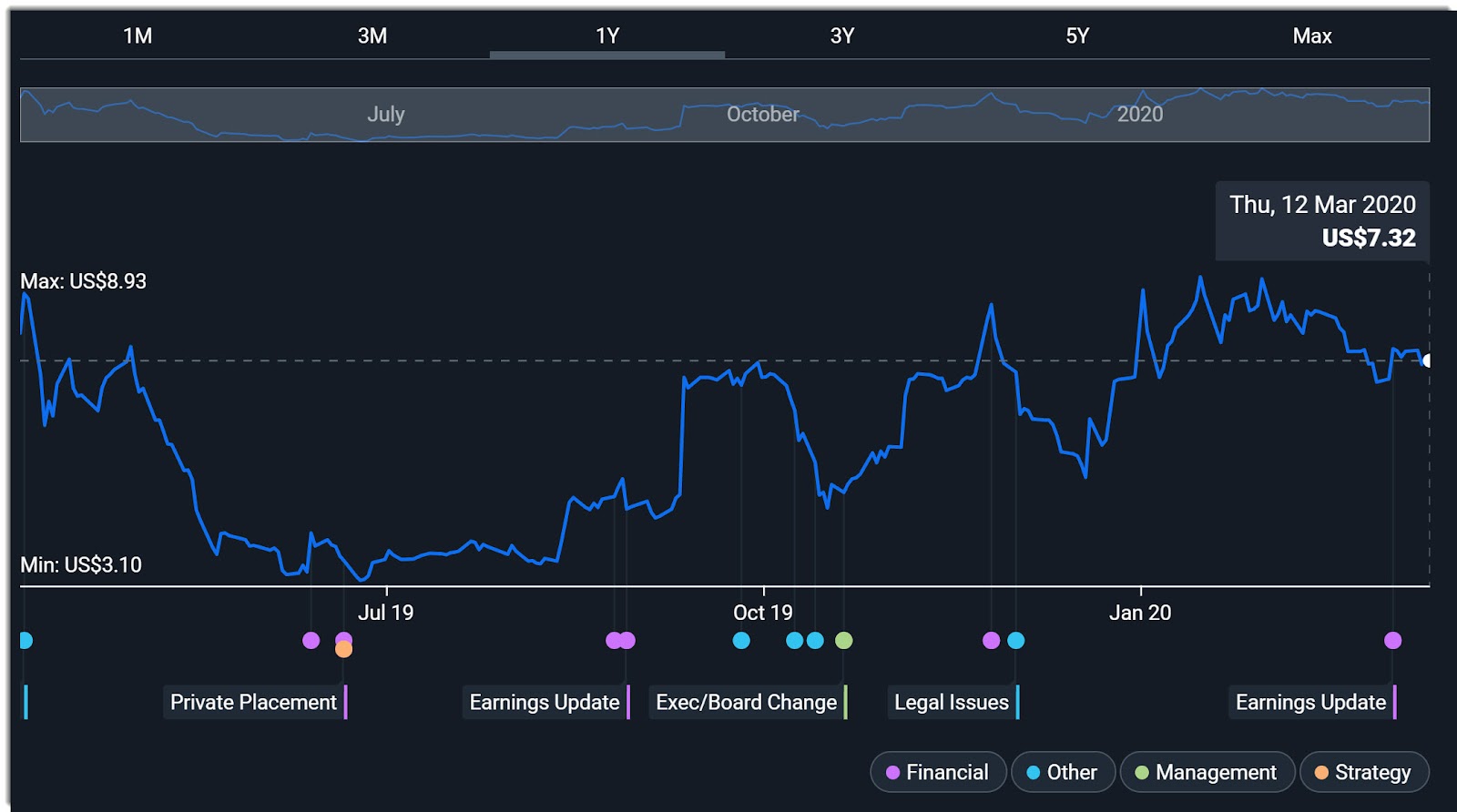 The firm has seen a strong increase in the number of KOLs participating in its online sharing store on the Taobao platform.

Related to that, management indicated that it plans to expand its KOL pool and become more ‘flexible in terms of our cooperate model with KOLs. In addition, we will cooperate with more third-party KOLs.'

The result of this will be to add more KOLs to its network while reducing cultivation and transaction costs, although I suspect the downside to this may be less control over third-party KOLs and more associated risks.

Additionally, the company said its e-commerce-based live streaming business, which it launched for women's apparel products, has shown rapid growth in the most recent quarter.

It is this expansion, now that the firm has its model figured out, that promises to drive the most potential for growth and profits in the coming quarters, assuming management can successfully initiate and manage those relationships.

In the short term, the company appears to have experienced transitory negative effects from the coronavirus outbreak in China, but has restarted operations as of February.

I view RUHN's potential future prospects as a bright spot due to the promise of its expansion to other platforms and China's rebound from the coronavirus shock.

(The opinions expressed by contributing analysts do not reflect the position of CapitalWatch or its journalists. The analyst has a small long position in RUHN but no business relationship with any company whose stock is mentioned in this article. Information provided is for educational purposes only, may be incomplete or out of date, and does not constitute financial, legal, or investment advice.) 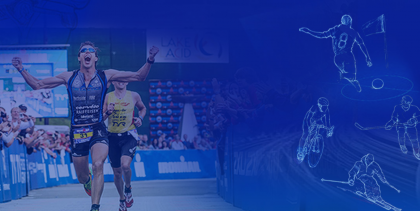