iFLYTEK’s Journey to the Core of Business Ecosystem | iAsk Leaders 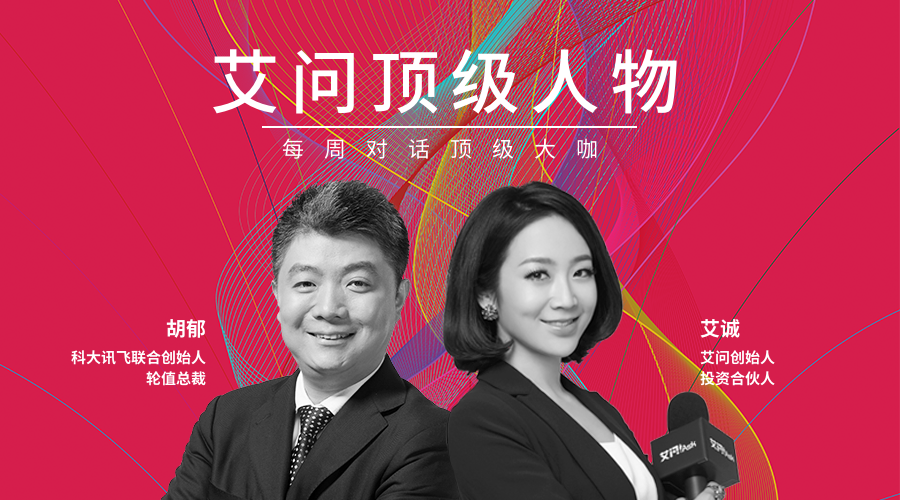 As a top 985 university, it is located in Hefei, the capital city of Anhui Province, which is far away from the hustle and bustle of Beijing, Shanghai and Guangzhou.

Since its early establishment, the University has been the cradle of a group of acclaimed scientists in China, including Qian Xuesen, Hua Luogeng, Yan Jici, Guo Yonghuai, Zhao Jiuzhang. Its original intention is to cultivate cutting-edge talents for the country’s “atomic and hydrogen bombs and one satellite" project.

Most comments on the USTC alumni are “typical men of science and engineering”, who are rigorous, stubborn, and slightly stereotyped.

As "china's most underrated 985 school ", they show little interest in politics and business. Doing scientific research is their ardent love.

The top of the library's borrowing list is not bestsellers, nor success studies, but Problems in Mathematical Analysis by Boris Demifdovich, which has been the University’s most popular book for more than a decade.

When introducing the USTC alumni, you have to mention their greatest achievements of scholarship. The most respected on the class reunion party, will be certainly the best scholar, rather than the richest businessman.

This unique scientist temperament, has been an innate DNA in the blood of iFLYTEK. 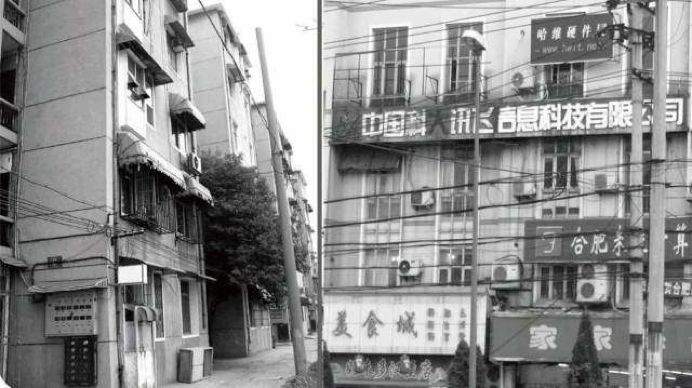 Founded at the turn of the century in 1999, iFLYTEK is not an emerging company.

In the first year, the eighteen young founders packed in a rented office, developing the voice-source technology around the clock. In the summer days, they had box meals almost every day and had cucumbers when hungry.

The 22-year-old Hu Yu is one of them. Four years before, he had been admitted to the University of Science and Technology of China under the guidance of Liu Qingfeng, the Chairman of iFLYTEK. Hu Yu was the number one science student in the College Entrance Examination in Xuancheng. As the top student in the Electronic Engineering Department, he had won the “Second Prize of the National Scientific and Technological Progress Award" for twice, and the “National Information Industry Major Technological Inventions Award" also for twice. Nevertheless, his resume is not exceptional compared with the other seventeen members because everyone can be the technical whiz in the small team.

When iFLYTEK was just founded, six of eighteen pioneers were the moderators of the USTC BBS Forum, and got the number one or second places in the local college entrance examination. 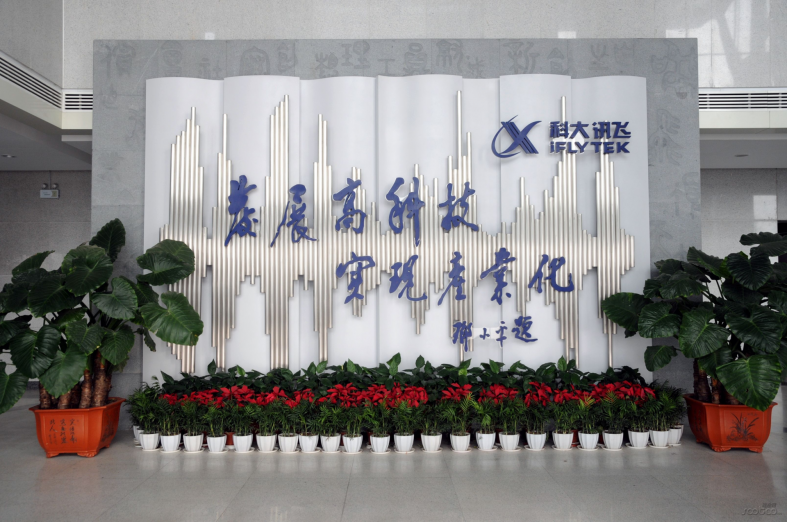 However, with virtuoso technology only, it was hard to create a commercial market. Their initial software product "Changyan 2000" encountered Waterloo, which was disappointing in sales.

While many of their classmates were paid hundreds of thousands yuan a year at Microsoft, IBM and Huawei, the average salary of the iFLYTEK's startup team members was just over 2,000 yuan. At the most difficult time, the company had a balance of 200,000 yuan, which can last only two months.

iFLYTEK had providential meetings with Lenovo and Fosun. 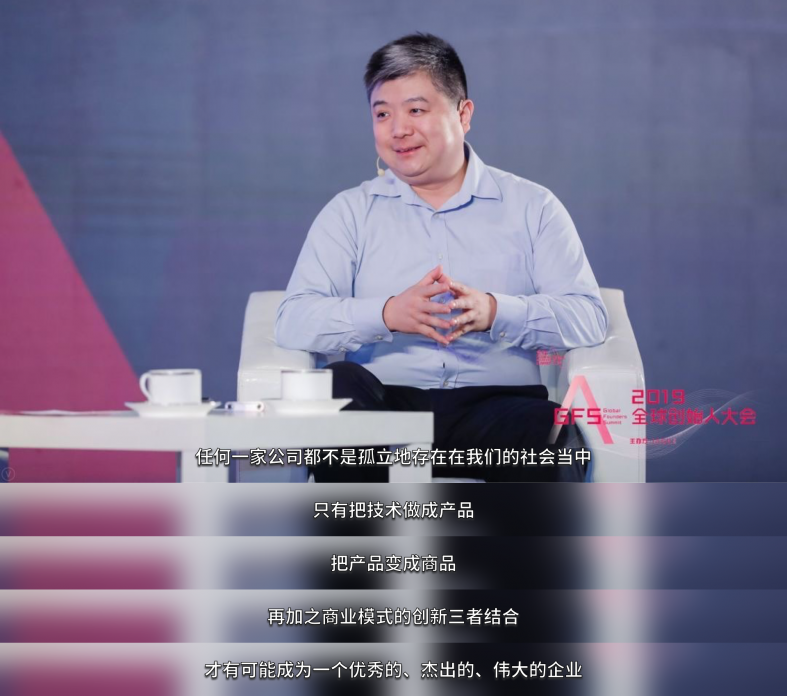 In 2000, Lenovo was aggressively promoting the "Tianxi" series, which incorporated smart voice technology. By the opportunity, iFLYTEK established cooperation with Lenovo.

Favoring its technology and future, the newly-established Lenovo made a resolute investment of $3 million to become a shareholder of iFLYTEK. Liu Chuanzhi, the Founder of Lenovo was present at the ceremony to sign the agreement.

Intrigued by the project, after the ceremony, Liu had a prolonged talk with the iFLYTEK team into the night.

Another discerning investor is Guo Guangchang, the Chairman of Fosun. Even if the computer had glitches at iFLYTEK's first presentation of “Changyan 2000” to Mr. Guo, Fosun’s investment was finally made.

With the excellent technology and the spirit of scientific research, iFLYTEK had become a base for industrialized achievements of the National 863 Programme. It has worked with University of Science and Technology of China and the Chinese Academy of Social Sciences to build laboratories and won a list of prizes in major competitions.

But at the time, iFLYTEK was still unprofitable.

The licensing charge of iFLYTEK was $1 per computer, and the amount of software installed was at one million units a year. Although it was no small volume, the company’s income was only $1 million.

In early 2003, a deputy director of Fosun attended the iFLYTEK's board meeting. When he saw the payrolls of the executive team, he suggested: "To pay more, or the team will be unstable.”

In twists and turns, iFLYTEK did not achieve break-even until 2004 and profitable in tens of millions when it went public in 2008.

Voice technology was quite unpopular at the time, and few people understood the industry and saw its future. Until eight years later, with the advent of AlphaGo, artificial intelligence reappeared in the public vision. With years of innovation and accumulation, iFLYTEK has been at the vent of AI development. 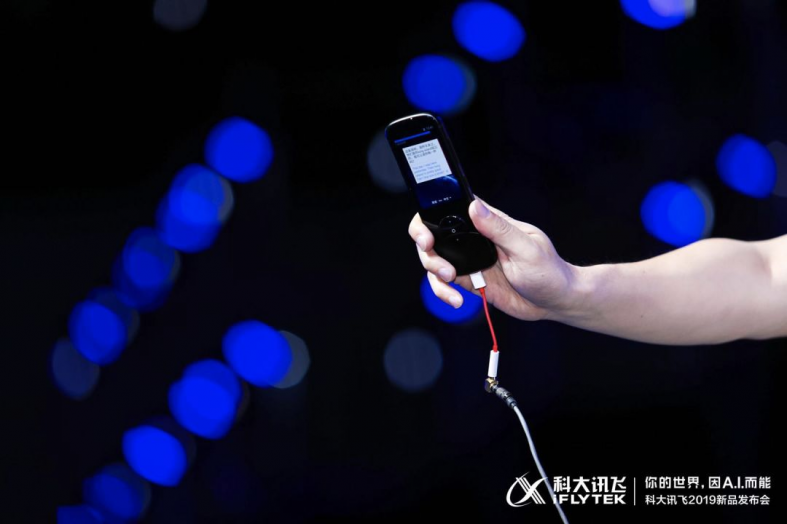 "Everything will be good in the end. If it's not okay, it's not the end ."

In the eight years from 2008 to 2016, iFLYTEK has had a total of 900 million users, over 300 million monthly active users, and the 3 billion daily users. Its customers range from Gaode, Didi, Ctrip, Sina Weibo to 58.com, but also include more than 10 million SMEs in China. The iFLYTEK input method has grown its consumer base naturally without any commercial promotion. In the past five years, it has attracted more than 400 million customers, 40% of whom are using voice input. iFLYTEK has become one of the top three mobile input methods in China. 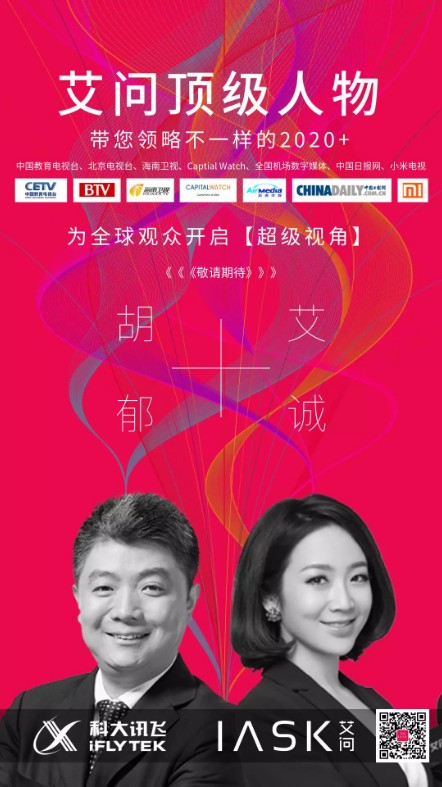 iAsk Media offers in-depth coverage, distribution, and brand-building services for founders in both China inbound and outbound markets. Over the past five years, iAsk Media has published over 1300 pieces of founder-focused original text and audio content, and produced over 120 premium video dialogues with leading entrepreneurs and investors.

iAsk Capital further supports founders by complementing media, brand-building, and marketing solutions with a wide range of investment and advisory services, from growth capital and direct equity investment to fundraising, asset management, and M&A support. To date, iAsk Capital has completed investments in some of China’s fastest growing ventures, including Bytedance, Himalaya, Movietime, and Horizon Robotics.

Gloria Ai is the founder of iAsk Media and the founding manager of iAsk Capital, and a former venture partner at the Softbank Asia Infrastructure Fund. She serves as the international brand ambassador to her hometown of Huangshan, and was Forbes 30 Under 30 in the Media, Marketing & Advertising category. She is a graduate of Harvard Kennedy School and Peking University. Prior to founding iAsk, she served as a financial news correspondent for China Central Television in New York.

Topics:iFLYTEK’s Journey to the Core of Business Ecosystem | iAsk Leaders
READ MORE
COMMENTS0 comments
Sign in
We reserve the right to remove any content at any time from this Community, including without limitation if it violates the Community Standards.
SUBSCRIBERS ONLY
MOST READ
LATEST NEWS
HOME
CHINA STOCKS
U.S. STOCKS
COMMENTARY
INVESTOR RELATIONS
INVESTIGATIVE RESEARCH REPORT
ABOUT US