Will Lizhi rebound in 2020? Not likely, unless it can solve the following four major problems. 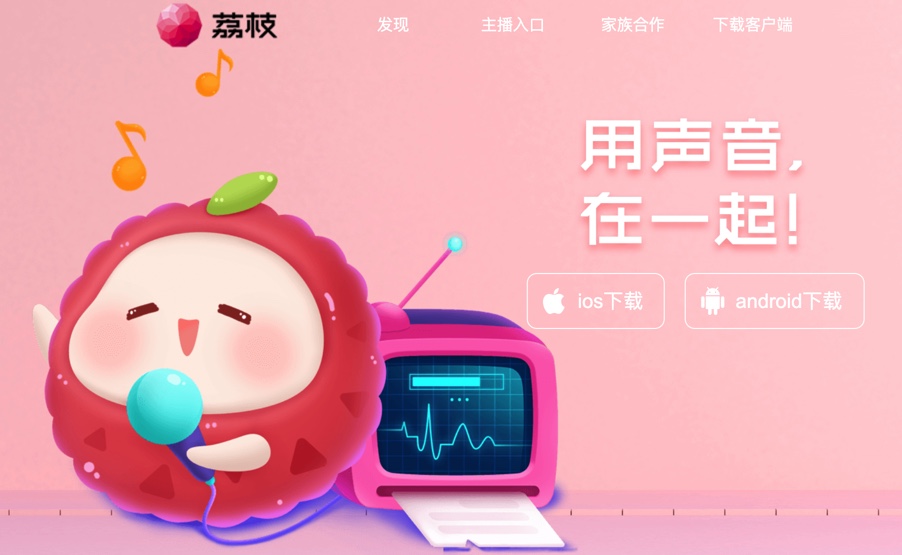 As a company that claims to have “the largest online UGC audio community in China,” newly-listed Lizhi Inc. (Nasdaq: LIZI) is losing money and its company's solvency is in question as its debt asset ratio surged to 137% as of the end of last year.

The stock in Lizhi has been cut in half since its debut in mid-January. Lizhi completed its $45 million initial public offering in January, selling 4.1 million American depositary shares at $11 apiece. Although the lock-up period continues, LIZI shares slid steadily until ending just above $9 last week. This week, following the market plunge caused by the coronavirus pandemic and the company’s disappointing quarterly earnings report, its stock tumbled to just above $6, down 30% on Thursday.

Lizhi had 38.8 million mobile users during the year-end trimester and 434,100 paying users, according to the report.

Will Lizhi rebound in 2020? Not likely, unless they can solve the following several problems.

Debt to assets ratio, a key indicator of a firm's financial health, is a leverage ratio that defines a company’s total amount of debt relative to its assets, and according to Lizhi’s prospectus, the company has a debt to asset ratio of 136.6% as of Dec. 31, 2019. Which means, the company has more liabilities than assets.

Additionally, the company's current ratio, a liquidity ratio that measures a company's ability to pay short-term obligations, is getting worse. As illustrated below, Lizhi's short-term solvency has weakened. Lizhi's current ratio dropped from 1.49x in 2017 to 0.54x in 2019, indicating a growing risk of default. 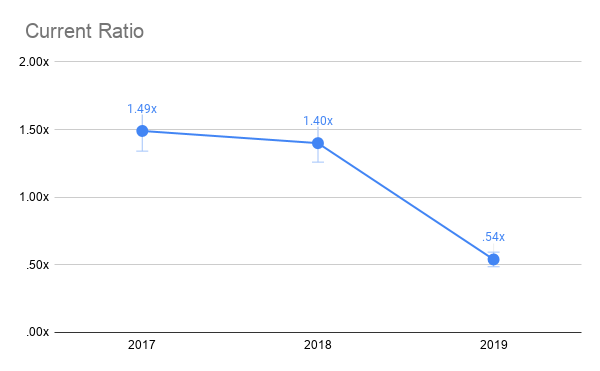 Currently, Lizhi offers most of its podcasts for free to attract a large user base. The company's revenue growth is heavily dependent on sales of virtual gifts to users in relation to audio entertainment. Through the Lizhi platform, users are able to reward their favorite hosts by sending them virtual gifts.

The company said in the prospectus that it will continue to seek to diversify monetization channels as its user and content base continues to grow. However, Lizhi is increasingly reliant on the sales of virtual gifts.

If the company fails to introduce new services to diversify its revenue streams soon, as the market competition intensifies, Lizhi may fail to generate sufficient revenues to support its big research and development investment.

To make matters worse, Lizhi not only suffers from a lack of revenue streams, but it is also losing money because of its growing payout ratio.

To attract and retain top hosts, Lizhi enters into contracts with hosts under which such hosts are usually paid a certain percentage of the sales of virtual gifts or currency that they receive on Lizhi platform.

Himalaya is Much Bigger

According to the prospectus, Lizhi claims to have the largest interactive audio entertainment platform and the second largest online audio platform in China in terms of average total MAUs for the nine months ended September 30, 2019. Additionally,  according to the same source, the company said its MAU market share in the interactive audio entertainment market and online audio market was 70.7% and 18.4%, respectively, for the nine months ended September 30, 2019.

However, based on a public filing on Shanghai Stock Exchanges, Himalaya, Lizhi’s direct competitor, is the leading podcast platform in China with over 60% market share. The filing is submitted by Shanghai-listed Qingdao Citymedia Co., Ltd, one of Himalaya’s key investors.

In an R&D push this year, Lizhi spent $16.9 million in operating expenses in the three months through September, at an increase of 79% from $9.4 million a year ago. Last month, the company said it scored a partnership deal with Baidu (Nasdaq: BIDU) to develop and innovate interactive audio entertainment experience, with a strategic focus on expanding audio offerings through IoT and smart devices.

However, users in China said Lizhi’s fully automated AI distribution seems not as smart as its competitors.

In an attempt to test its effectiveness, CapitalWatch reporters in China downloaded both Lizhi app and Himalaya app and searched Degang Guo, a famous Chinese standup comedian, on the search bar. After listening to 10 Guo’s podcasts, we refreshed the page three times and looked for “recommended podcasts."

Based on the analysis listed above, we gave an overall 1.5 out of 5 rating for Lizhi, meaning the company's ability to repay debt to keep the company afloat is significantly dependent on a good economic environment. The company's default rate is high.

We gave a rank of 9 out of 100 for Lizhi's profitability level, which indicates that its profitability is below average. This driver captures company's Return on Assets (ROA) ratio and Return on Capital (ROC) ratio.

We gave a rank of 31 out of 100 for Lizhi's market dominance level, which indicates that its market dominance is below average. This driver captures the percentage of an industry owned by the Lizhi’s products or services in value terms. This is important since market dominance has been shown to be a key element in predicting corporate returns and longevity.

The Future of Lizhi

Lizhi has its fair share of liabilities -- in terms of its actual debt, and in terms of its undiversified revenue model and less-than-impressive search algorithm for podcasts. The company has work to do, but if it improves on the areas outlined, it can better and more efficiently capitalize on its user base and benefit its investors.

(CapitalWatch has no positions in any stocks mentioned, no plans to initiate any positions within the next 72 hours, and no business relationship with any company whose stock is mentioned in this article. Information provided is for educational purposes only, may be incomplete or out of date, and does not constitute financial, legal, or investment advice.)