Among the avalanche of grief and fury is an explosion of demands for free speech. On February 8 around 9pm, thousands of Chinese in Wuhan, the epicenter of the 2019 novel coronavirus outbreak, and elsewhere, turned off the lights from home and then flashed a light out the windows.  Collectively they whistled.

They were paying tribute to Dr. Li Wenliang, an ophthalmologist silenced by the police for his prescient warning to his medical school classmates about the virus on Dec. 30.

Dr. Li was neither a superhero nor a martyr.  He was not a classic whistleblower protesting against social or political injustice. He was an ardent fan of Dicos fried chicken legs and reposted on Weibo videos that celebrated Communist China's 70th anniversary and criticized Hong Kong protests.

Yet, he inspires such outpouring emotions precisely because he is an everyman.  Every Chinese can see in his tragedy the price him/herself and the society pay for remaining silent.

Among the avalanche of grief and fury is an explosion of demands for free speech. A letter addressed to the entire nation, signed by "Some Tsinghua University Alumni," calls for political reform and free speech, as a "last howl to save China."

Professor Zhang Qianfan of Peking University Law School proposed on WeChat to set February 6th, which marks Dr. Li's passing, as the "National Free Speech Day".  A petition for the same cause to the National People's Congress and its Standing Committee, signed by many prominent scholars, is collecting signatures even as some of its signatories have come under pressure.

The government announced that it was dispatching a team to investigate "the issues related to Dr. Li Wenliang" but did not provide specifics.  Rather than selectively punishing a few culprits to appease the public, this should be an opportunity for the government to restore credibility and confidence.

State media have directed the anger to the Hubei government and police.  Hu Xijin, high-profile editor-in-chief of the official Global Times, wrote that "Wuhan did owe an apology to Li Wenliang. The officials in Wuhan and Hubei Province also owe a solemn apology to the people of Hubei and the country."

Zhou Xianwang, Wuhan's embattled mayor, indicated in an interview with the official CCTV on January 27 that the local government did not have the "authorization" to warn the public about the virus situation.  This calls into question as to where the chain of command lies.  I don't believe this question would go away simply with the recent purge of the Hubei ranking officials.

According to Economic Observer, a news outlet based in China, after the 2002-03 Sars outbreak, the Chinese government spent RMB 30 million yuan on the hardware enabling a fast-track reporting system all over the country.  Li Bin, Director of the National Health and Family Planning Commission, boasted in 2014 that a four-level disease prevention and control network, covering national, provincial, city and county, has shortened the reporting time from 5 days to 4 hours.

But reportedly the system was not officially activated with respect to the novel coronavirus until January 20 when the State Council accorded it the treatment of a type A infectious disease.  Wuhan government did manage to report the situation to the country's Center for Disease Control and Prevention (CDC), which dispatched a group of experts to Wuhan on December 31.

It remains an open question as to what guidance the CDC gave out during the 20 days between December 31 and January 20.  During this critical period, reportedly 40,000 people attended Wuhan's community Lunar New Year celebration banquet and local government doled out 200,000 promotional tickets to Wuhan's tourist spots.

These early missteps, exacerbated by the massive migration leading up to China's most important public holiday, may have contributed to the fast spread of the coronavirus.  The reporting system, hailed by the State Council as the largest of its kind in the world, becomes a symbol for a society glorifying mechanical prowess while miscalculating human factors.

In one of his final interviews with the New York Times, Dr. Li opined that "[I]f the officials had disclosed information about the epidemic earlier, I think it would have been a lot better. There should be more openness and transparency."

On February 4, Xu Zhangrun, who had been suspended from his teaching position at Tsinghua University due to his scathing critique of the regime, wrote a widely circulated article titled "Angry People Are No Longer Fearful." Xu attributed the man-made disaster to Beijing's crackdown on civil society and free speech, which undermined its ability to raise timely alarm about the outbreak.

Public outcry notwithstanding, the authorities have ramped up well-oiled censorship apparatus, often with the helping hands of technology companies such as Tencent and Sina that operate ubiquitous applications WeChat and Weibo, respectively.

Currently a petition to the White House seeks to rescue citizen reporters Chen Qiushi and Fang Bin from the custody of local authorities under the pretext of "quarantine," after the two published videos documenting epidemic-stricken Wuhan.

For a long time, Chinese public seemed acquiescent with curtailed freedom in exchange for material comfort and economic boom, simply because "China used to be very poor." The so-called "China model" is predicated on rising income level without corresponding civil rights.

But there is a crack in this myth of bifurcating political and economic reforms.  In fact, freedom of speech is not a dispensable right subordinate to GDP growth, but part and parcel of the safeguard against health and economic threats.

If a centralized power exercises control by denying others their right to knowledge and expression, it will be ultimately self-defeating because policymakers make decisions based on flawed information.

Now the government is facing its most challenging legitimacy crisis since the Tiananmen protests, it will be in its interest to seize this occasion to recognize the importance of a society capable of engaging in knowledge-sharing and civil discussions.

While this may be difficult during a national crisis when rumors run rampant and priority is given to contain the epidemic, the crisis could be a wake-up call for the nation to construct a new civil space for open discussions conducive to its stated goal of building a modern society.

China can accomplish this by giving voice back to its people. 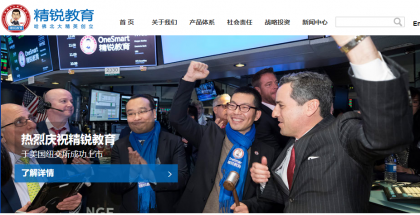 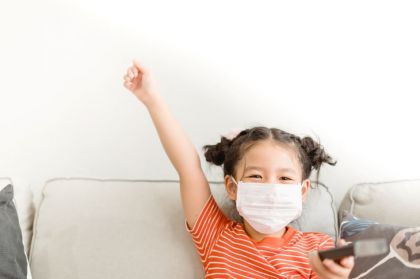