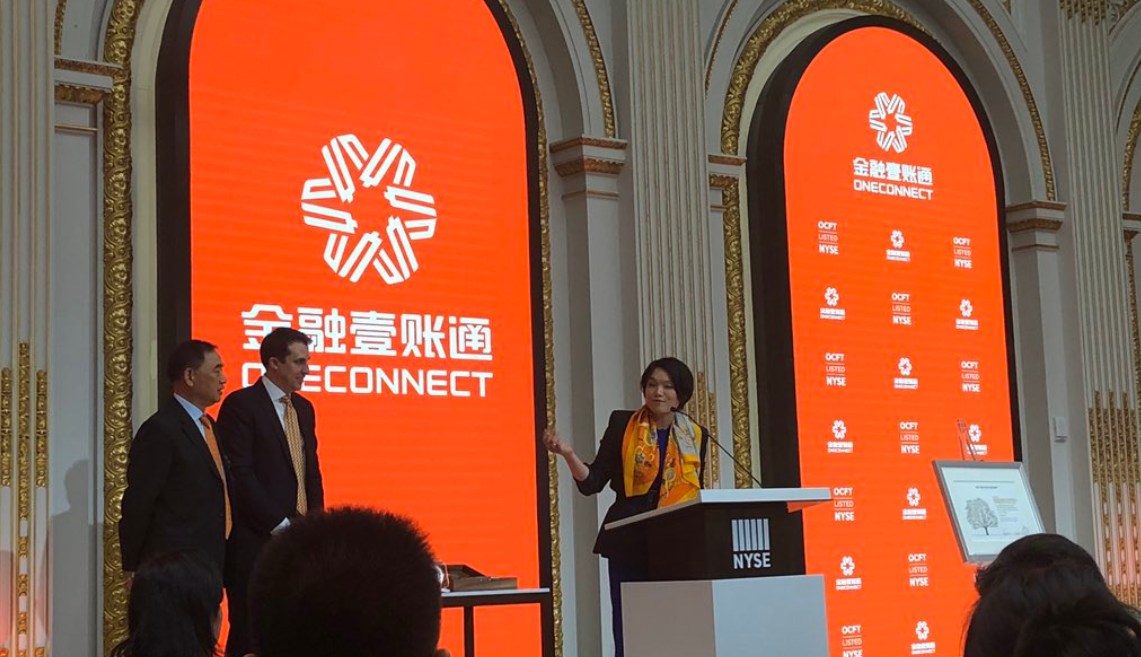 The company, which provides cloud solutions to enterprises in China’s financial sector and is an affiliate of Ping An Insurance, said in a statement on Thursday that the underwriters have exercised the partial over-allotment option post-IPO.

OneConnect thus raised an additional $35.2 million for shares priced at $10 each. The proceeds from the offering came to $347.2 million – below the $504 million the company targeted in pre-IPO filings but still one of the largest China listings in New York in 2019. Since its liftoff on Dec. 13, the stock in OneConnect traded flat near the offering price of $10, then jumped about 50% in early January and has been trading near $15. Its peak was at $16.60 per American depositary share and the bottom, in late December, hit $9.43 per ADS. Its lockup period ends on June 10.

On hopes of the thawing Sino-U.S. trade tensions and the signing of the phase one deal on trade in Washington, OCFT stock skyrocketed 13% on Wednesday, to $14.09 per ADS.

Separately, Chinese Vice Premier Liu He said phase two of the talks is not yet in sight, declining the U.S. President’s proposal to set up the next stage of talks at this time.