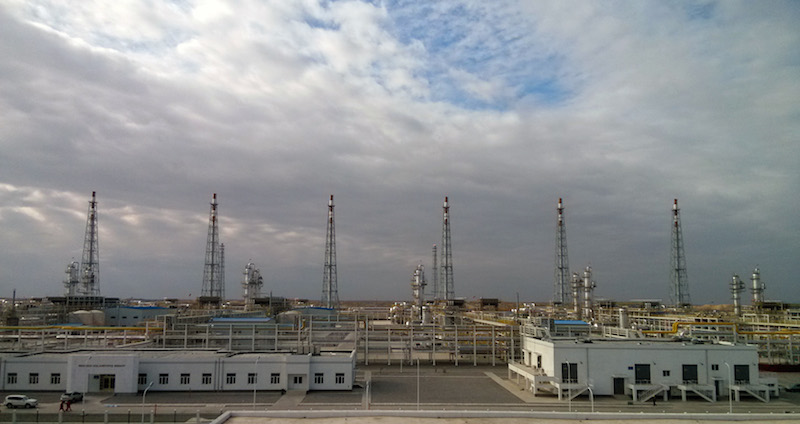 Under the agreement, the Beijing-based hardware and software provider said in a statement today that FGS will provide Xinglin Gas Station (XGS) with its data-based intelligent marketing tool through its mobile application, DT Refuel.

The app, which includes a pre-payment option, operates as a customer relationship management system based on consumer behavior and is dedicated to increasing gas station revenue. The agreement, struck in October, carries a two-year term, according to the statement.

For the three months through December, XGS reported average daily transaction amount was around $5,510, in which 43% included fuel transactions, according to Recon's statement.

"The upstream sectors of the oil and gas industry have been our strategic focus, but we are glad to see more opportunities from downstream sectors, such as gas stations," Shenping Yin, the co-founder and chief executive officer of Recon, said in a statement today.

He added, "We are actively bringing more strength into these sectors which present more value to our shareholders."

Founded in 2007, Recon was China's first non-state-owned oil and gas field service company publicly listed on the Nasdaq stock exchange. In 2017, Recon started to broaden its business by targeting the energy sector, expanding its services in the fields of electric power, coal chemicals, renewable energy and environmental protection.

Today also marks the deadline for Recon to regain compliance with the Nasdaq Global Select Market. Recon, which received warning from Nasdaq a year ago for not meeting the minimum of $1 per ADS during a 30-day period, implemented a 5:1 reverse stock split in December, attempting to avoid a possible delisting.

Since the reverse stock split went into effect Dec. 27, Recon's shares have traded at or more than $2.30 per ADS. At Monday's close, Recon traded at $2.50 per ADS.