COMMENTARY: As China Rises Over Next Decade, so Will Tensions 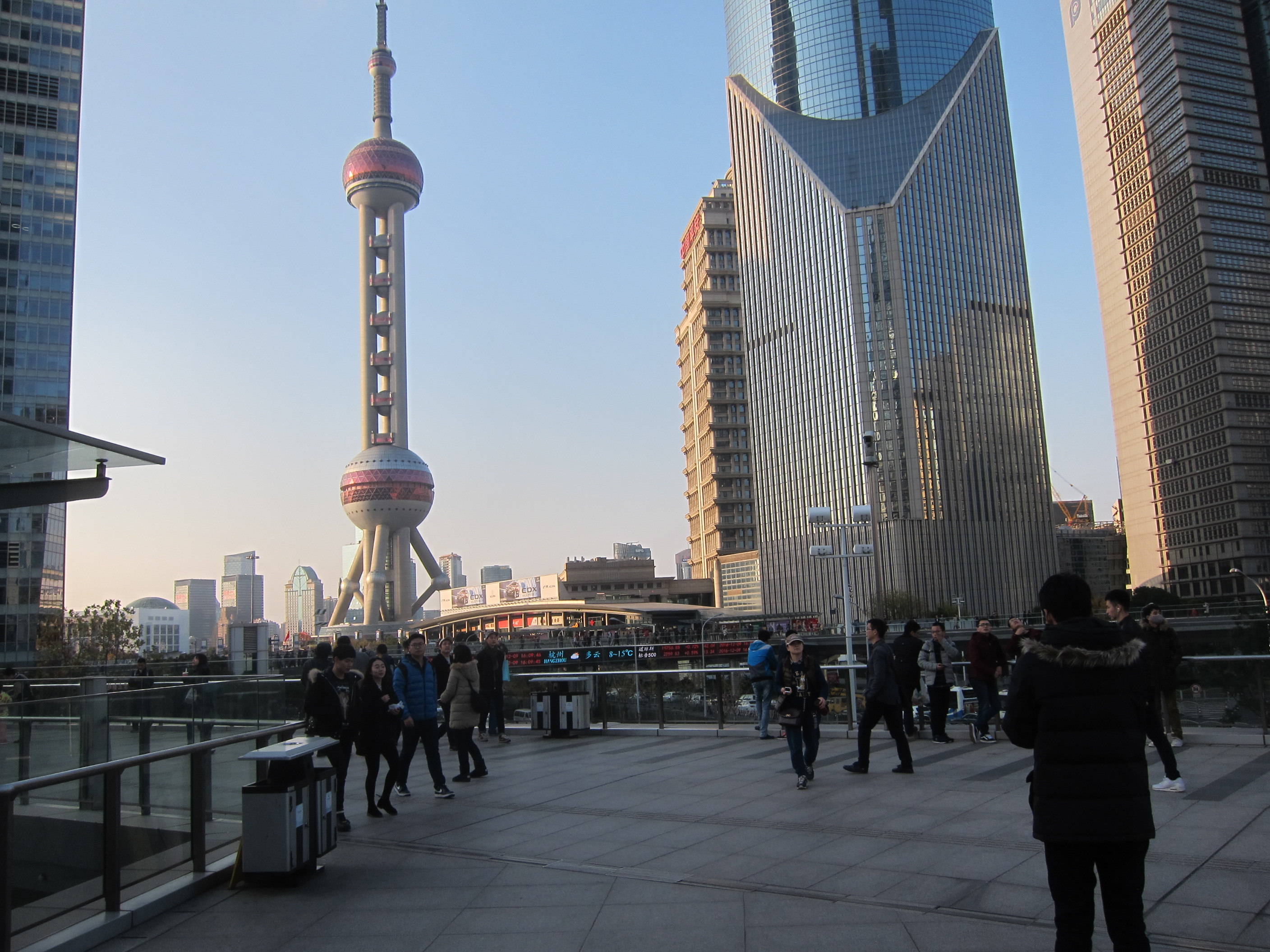 The dawn of a new decade seems a good time to take a step back and take a look at how the next 10 years should play out for China as it continues its rapid rise. Several major trends seem likely to emerge or continue, and one result will be even more tension between the United States and the Middle Kingdom.

The U.S. has enjoyed a 30-year stint as head of a unipolar world since the end of the Cold War, and many Americans won't like giving that up. Like it or not, China is poised to take larger steps toward asserting itself across a wide array of economic spheres, and with that will come greater military, political and even soft power.

Among the good bets to happen this decade: China surpassing the U.S. in at least five key technology fields, its economy settling in at growth rate of 4% to 6% annually after decades of double-digit growth, and high tariffs between the U.S. and China becoming a way of life.

With Xi Jinping at the head of an increasingly authoritarian government, China is not backing down on any of its goals, despite the current mild thaw in the trade war. Prime among those are its two "centennial goals."

The first – to become a "moderately prosperous" country by next year, the 100-year anniversary of the founding of the Communist Party – clearly is coming to fruition. The second is to become a top world power by 2049, the centennial of the CPC taking power, which is considered the founding of modern China – the People's Republic.

Initiatives at Home and Abroad

To accomplish the latter, China has embarked on numerous megaprojects aimed at regional and global influence, if not dominance. Two of the most obvious are the Belt and Road initiative and the Made in China 2025 technology push.

Under the Belt and Road, Beijing is building massive infrastructure – ports, railways, expressways, power lines – to facilitate more efficient trade. This is gradually paving the way for land and sea routes all over Asia, Africa and Eastern Europe. While the Belt and Road is in its infancy, it's already resulting in massive Chinese projects in countries from Sri Lanka to Mozambique.

China has already spent more than $30 billion on the project, and the National Development and Reform Commission, the nation's economic planning agency, says cumulative trade with Belt and Road countries surpassed the $7 trillion mark in 2018.

Under Made in China 2025, the government targets 10 technologies in which it aims for world-leading status. It aims to catch up with or surpass the U.S. in artificial intelligence, increasingly seen as the key to global dominance in smart manufacturing, defense and security, and a host of industries. Made in China 2025 also is targeting new-energy vehicles, telecommunications, robotics, aerospace engineering, new materials, electrical equipment, biopharmaceuticals, agricultural technology and high-speed rail.

It already leads the world in several of these sectors (electric cars, bullet trains and some aspects of AI), and it's Made in 2025 that really lies at the heart of the trade war. While China may not establish dominance in most of these industries five years hence, it's going to make a lot of progress. By the end of the decade? It could well lead in more than half of them.

Beijing also is laying the groundwork for trade and influence with the Regional Comprehensive Economic Partnership, a massive treaty being negotiated that would include China, Japan, South Korea, Australia, New Zealand and all 10 of the Association of Southeast Asian Nations (ASEAN). Despite India's dropping out last year, RCEP would become the world's largest trade bloc, encompassing a third of the global population in a region seeing the world's fastest economic growth. It may be signed this year, setting the stage for stepped-up trade for China in this decade.

China became an economic superpower by growing its economy by an average of more than 10% a year from the initial economic reforms starting in 1978 until 2010, moving past one advanced country after another until it became the No. 2 economy in the world, surpassing Japan. Because of China's sheer size, growth has gradually slowed in the last 10 years, ratcheting down to about 6% now. That seems likely to continue this decade as the country faces numerous challenges that include high debt levels, a mostly inefficient state sector and an aging population.

As China continues to urbanize this decade, it will move further away from its export-driven economy and rely instead on its own massive market. The government wants the Chinese people to spend and let consumption become the economy's driving force. It will continue to facilitate the world's most sophisticated e-commerce system for online shopping, as well as the dominant mobile payments system in which many consumers seldom spend cash anymore.

More than 40% of China's population – some 583 million users – pay for goods and services with their smartphones, according to the China Internet Report 2019.Tencent's (OTC: TCEHY; HKEX: 0700) WeChat Pay and Alibaba's (NYSE: BABA) Alipay combine to hold 90% of the mobile payment market, and while competitors will crop up, their dominance seems assured. Just this week, Tencent announced it is merging its QR code system with state-owned China Union Pay, the country's monopoly on debit cards, so that stores can use one system to accept payment from either company.

Another likely reality through at least much of the 2020s: expensive tariffs. Assuming the interim trade deal is signed this week, as planned, American tariffs on Chinese goods will still cover two-thirds of imports and the average U.S. taxes on imports from China will be 19.3%, more than six times as high as the 3.0% before the trade war started in 2018, the Peterson Institute for International Economics noted last month. That means higher prices for American consumers and businesses.

No matter which party takes the White House in November and beyond, frictions will remain between the U.S. and China over trade, human rights and the projection of military power in the South China Sea. New flashpoints will emerge.

The Washington-based Center for Strategic and International Studies calls China's growing military, economic and tech capabilities "arguably the most pressing geopolitical challenge of the 21st century." 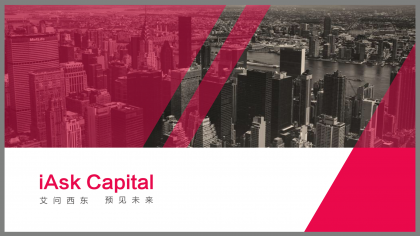 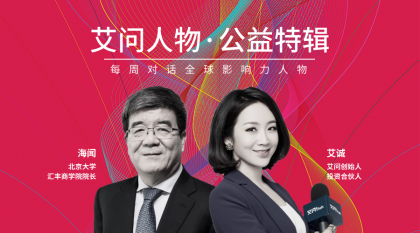 Hai Wen: A Great Teacher Plans for the World and the Future | iAsk Public Welfare Leaders 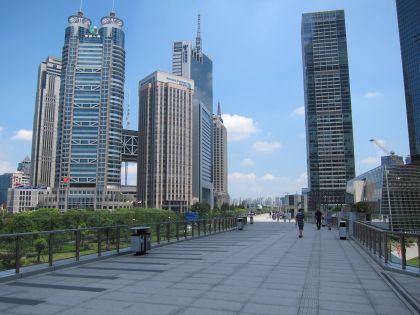 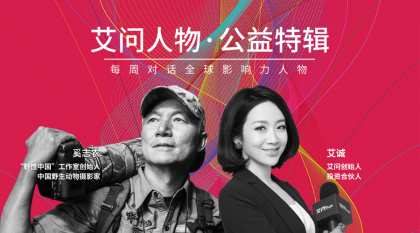 Xi Zhinong: There Is No Excuse for Wasting Wildlife | iAsk Public Welfare Leaders 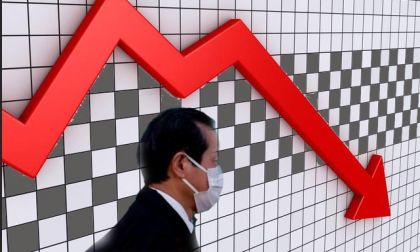 COMMENTARY: As China Gears Up to Resume Exports, a Cruel Rebound Looms 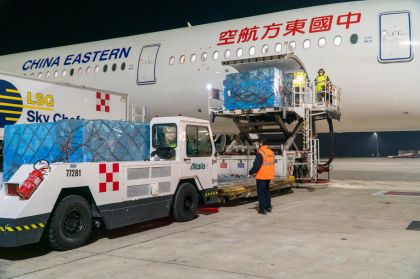