Under the new partnership with Sinopec and CNPC, Yum China plans to open more than 100 restaurants over the next three years. 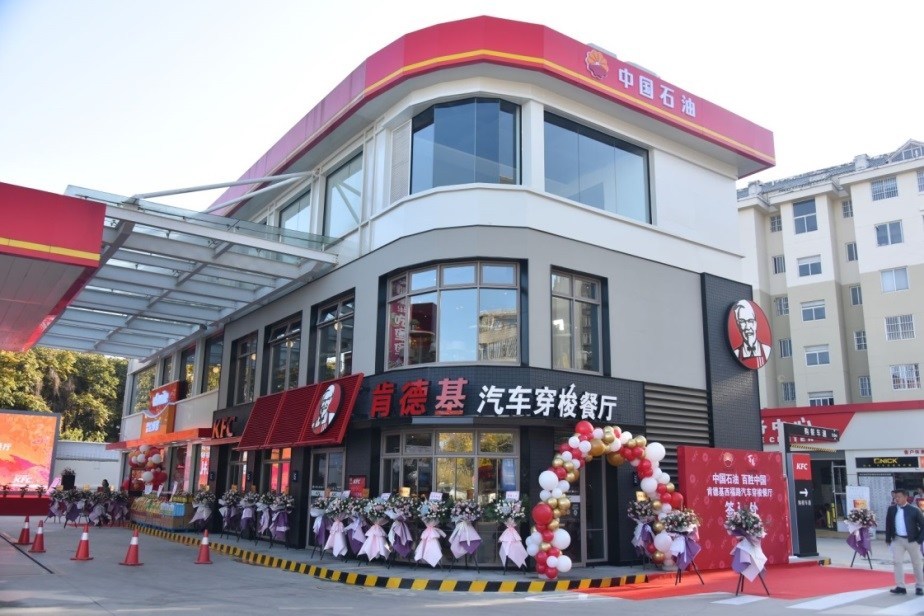 The Shanghai-based company, which also operates Taco Bell and Pizza Hut, said in a statement yesterday after the markets closed that its KFC restaurant at the CNPC gas station in the Kunming, Yunnan Province opened on Tuesday. Meanwhile, its restaurant at the Sinopec gas station in the Dalian, Liaoning Province is set to open Dec. 23, Yum China said.

The news today follows a KFC pilot franchised restaurant opening at a CNPC gas station located in Tangshan, Hebei Province, in October 2018. Yum China said after a few months the restaurant “thrived,” from the synergies the company and CNPC were able to achieve together. Earlier this year, Reuters reported that the company would further its partnership with the two Chinese gas stations.

"We are delighted that within a year, our collaborations with Sinopec and CNPC are already starting to bear fruit. The first franchised gas station restaurants represent an important milestone in our long-term strategic partnership with both companies,” Joey Wat, the chief executive officer of Yum China said in a statement today.

He added,  "Together with Sinopec and CNPC, we are committed to building a successful business model and creating innovation-driven growth together."

Following the report, shares in Yum China were trading 38 cents higher to $47.90 apiece by midday.

In terms of system sales and number of restaurants, KFC operates as the largest restaurant in China, Yum China’s website says. According to its third quarter financial report, Yum China opened 174 new KFC brands during that period, bringing the total count to 6,324 restaurants.

For Sinopec and CNPC, they currently operate more than 50,000 gas stations in China. Under the new partnership, Yum China said in its statement that it plans to open more than 100 stores in those gas station locations over the next three years.

In August, Yum China announced it acquired a controlling a stake in the Chinese casual dining franchise, Huang Ji Huang group. As of August, Huang had more than 640 restaurants in China and globally.

In the three months through September, Yum China said its revenue reached $2.3 billion, up 5% from the same period last year. Net income rose 11% to $223 million, or 58 cents per American depositary share compared with $203 million, or 51 cents per ADS, a year ago.

Yum China announced yesterday that it will report its fourth quarter financials on Feb. 5 after the markets close.