Pinduoduo Heats Up Rivalry in China With Amazon Partnership

Pinduoduo, which posted high losses for the third quarter, is expanding its buyer base through a deal with Amazon, kicked off during Black Friday.

Pinduoduo Inc. (Nasdaq: PDD) will look to grow and compete with its online retailers after the United States e-commerce giant, Amazon Inc. (Nasdaq: AMZN) announced it would open a pop up store on its platform.

The pop up store will run until the end of the year and carry around 1,000 oversea products, as CNBC reported last week.

Pinduoduo, which offers products in 10 categories, according to its website, faces a gap from top Chinese online retailers in JD.com (Nasdaq:JD) and Alibaba Holding Group Ltd.,(NYSE).  As of May, Alibaba and JD.com accounted for 73% of e-commerce sales in China, while Pinduoduo had just 7%, according to data from the German-based online research company, Statista. 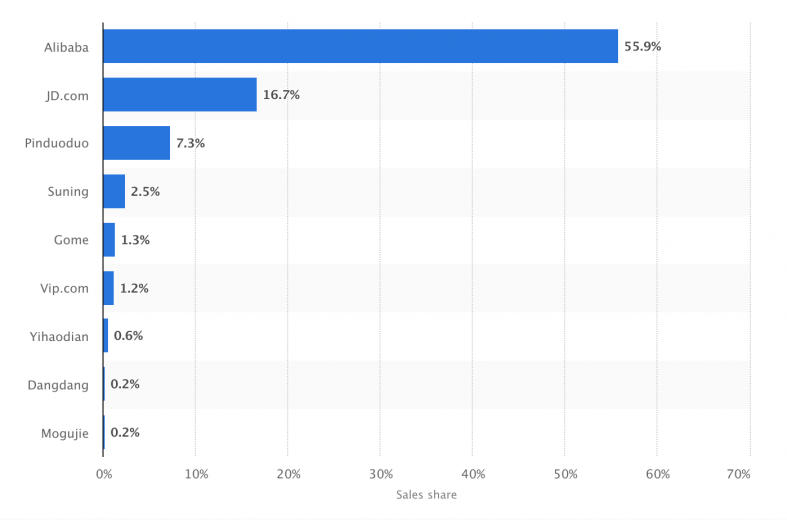 Although Pinduoduo is behind two of its rivals,  Adrian Cohn, the director of brand strategy and communications of the cloud-based technology platform, Smartling said e-commerce in China will continue to grow.

“China added 50 million people to the internet last year. E-Commerce is going to grow, and its success is dependent on the content being effectively delivered to consumers in their native language,” Cohn told CapitalWatch in an email on Wednesday afternoon.

He added, “Companies that think strategically about how to invest in language translation will have a competitive advantage. Process automation is a significant advantage, and how to balance human and machine translation for different types of content is another. 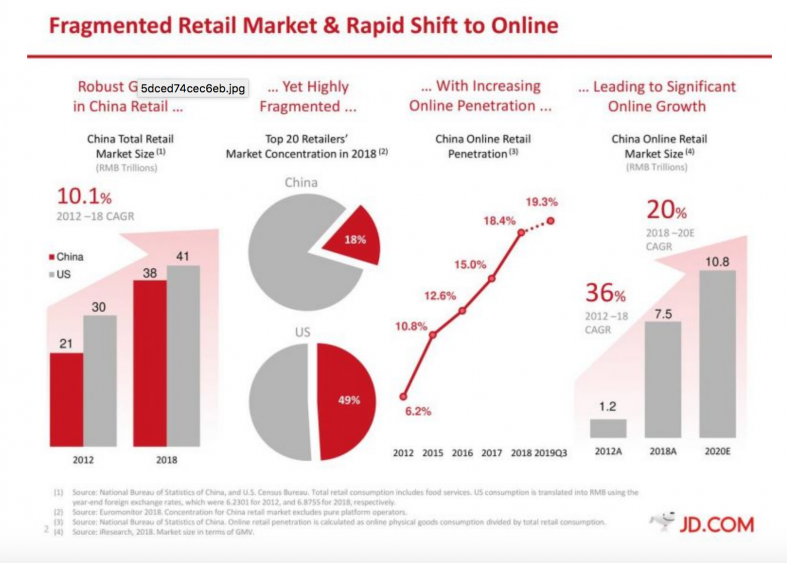 Adding to the Competition, the three online retailers have been involved with Black Friday, which is referred to as the beginning of the Christmas shopping season in the U.S, Caxing Global reported today. JD.com said its sales growth for cosmetic products increased by 141%, during Black Friday, according to report.

Just yesterday, Alibaba said it would raise an additional $1.7  billion after the underwriters on its initial public offering in Hong Kong last week have fully exercised the over-allotment option.

Last week Pinduoduo reported that in the three months through September its revenue more than doubled to $1.1 billion. However, it suffered a net loss of $326.7 million, or 28 cents per American depositary share, according to Pinduoduo.