Megvii reportedly ready to take IPO plunge in Hong Kong in a move that could demonstrate investors’ enthusiasm even in the face of U.S. sanctions. 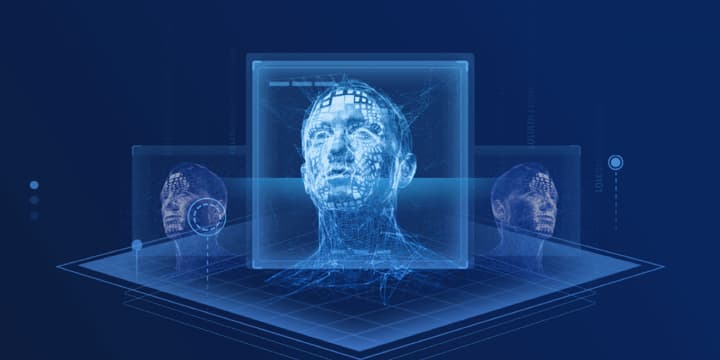 If the U.S. blacklisting of China’s budding artificial intelligence companies is aimed at thwarting their progress, we already are starting to see the limits to that strategy.

A strong signal came this week when Megvii Technology, a Beijing-based AI firm on the U.S. blacklist, made moves to test the IPO waters in Hong Kong. Numerous media reports said the company, known for its facial-recognition platform Face++, is seeking to raise $500 million to $1 billion in a listing that is imminent.

The move follows the early success of Alibaba’s (NYSE: BABA) secondary listing on the Hong Kong Stock Exchange that may raise as much as $13 billion next week. The HKSE was the world’s top bourse for IPOs last year, supplanting Nasdaq, and looks primed to win that race again this year despite the civil unrest there.

The case against Megvii followed a report last May by Human Rights Watch that alleged the company’s face-recognition technology was being used in a surveillance app to support the Chinese government suppression in the Xinjiang Uyghur Autonomous Region. Megvii founder and CEO Yin Qi denied the charge, and indeed HRW corrected its report and acknowledged that the app may not have deployed the technology, after all.

Megvii says that it requires its customers “not to weaponize our technology and solutions and not to use them for illegal purposes, including the infringement of human rights,” the South China Morning Post reported.

It said the firm was focused strictly on commercial solutions. In addition to face-recognition apps, Megvii houses divisions dedicated to smart-city management and manufacturing. The company says it derives less than 1 percent of its business from Xinjiang and that the figure is zero in the past six months.

In truth, the Trump administration cares not a whit about human rights and is using the issue as a smokescreen to blacklist China’s hugely promising AI sector. Many experts say AI will be the key technology that determines which companies – and which countries – dominate across business and military sectors in the coming decades.

While tariffs grab most of the attention in the trade war, the larger and far more intractable issue centers on technology. And AI, in which China is giving the U.S. a serious run for its money, lies at the heart of the tech war.

Megvii raised $750 million in a private round of financing in May, which valued the company at $4 billion. SenseTime is the second most-valuable AI company in the world, with a private valuation of $7.5 billion, according to CB Insights, a technology consulting firm. Its backers include SoftBank (SFTBF) and Alibaba. Yitu’s value is listed at $2.4 billion. All are private companies.

ByteDance, another Chinese start-up previously blacklisted by the U.S., is the world’s most valuable AI company, partly because of its globally popular TikTok video app.

AI has become pervasive in advanced industrial and military systems but is better known to the public for its consumer applications such as Apple’s Siri and Amazon’s Alexa voice-controlled systems. Together with the advent of 5G – another technology where China is highly advanced – AI will propel self-driving vehicles, smart factories and the Internet of Things, which puts home devices like TVs and thermostats online so they can be controlled with an app from anywhere.

China is working fast and successfully to develop its own AI sector. In 2017, Chinese venture capital investors poured $4.9 billion into AI — constituting 48 percent of all such funding around the world.

As part of its technology push, China’s plan calls for achieving breakthroughs in AI by 2025 and being the undisputed world leader by 2030. Companies like Baidu (Nasdaq: BIDU), Alibaba and Tencent (OTC: TCEHY) are spending billions to develop different technologies, with much of the effort directed by the central government.

The American blacklisting seems like a shortsighted strategy. It may slow these upstart Chinese companies for a while, but it could well backfire in the end. Chinese AI companies for now are dependent on foreign suppliers for major software and hardware components. But as a direct result of the blacklisting, the Chinese are hard at work to develop an indigent microchip industry so they no longer need to depend on Intel, Nvidia and others to power their AI systems.

Not only could the U.S. lose the battle over AI, in the process it may force China to take a globally competitive role in microprocessors, as well. If Megvii’s IPO goes well, it will show that Investors in Hong Kong are starting to see that future coming into view.

Topics:Limits to American Strategy to Blacklist Chinese AI Companies Coming into View
READ MORE
COMMENTS0 comments
Sign in
We reserve the right to remove any content at any time from this Community, including without limitation if it violates the Community Standards.
SUBSCRIBERS ONLY
MOST READ
LATEST NEWS
HOME
CHINA STOCKS
U.S. STOCKS
COMMENTARY
INVESTOR RELATIONS
INVESTIGATIVE RESEARCH REPORT
ABOUT US