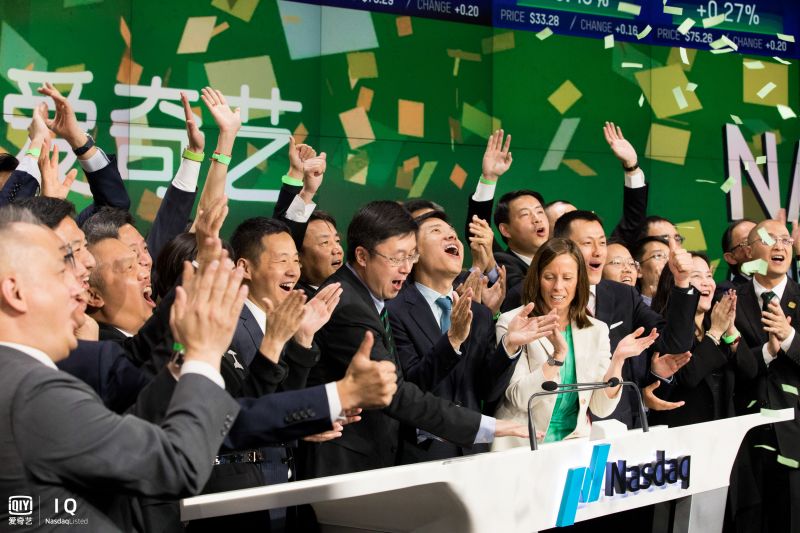 The Beijing-based entertainment company said in a statement today that in the third quarter consumer spending on apps worldwide reached more than $23 billion, up 20% year-over-year. Four of the top five companies were online streaming apps, with iQiyi just trailing Netflix and Tinder. IQiyi also noted that it was the top-ranked Chinese application.

Moving up 78 places this year, iQiyi was noted among the fastest-growing companies on the 2019 Fortune China 500 list. The list, announced annually in July, ranks Chinese companies based on revenue. IQiyi took position 341 on the list and was the only video streaming platform to earn a spot.

Founded in 2009 and backed by internet giant Baidu Inc. (Nasdaq: BIDU), iQiyi provides content such as television dramas, movies and variety shows through its platform. During the third quarter, the company kicked off TV shows including Love and Destiny, Arsenal Military Academy, The Rap of China 2019 and The Big Band, according to its statement.

Meanwhile, the annual iJOY Conference in Shanghai was held today by iQiyi, aimed at discussing its content and marketing strategy, along with the future of Chinese entertainment.

"As the online video industry enters into a mature market, iQIYI will not only continue creating content liked by the general public, but it will also be producing vertical content that caters to the needs of targeted audiences," Yu Gong, the founder and chief executive officer of iQiyi, said at the press conference, posted in a separate statement on Friday.

In 2020, iQiyi plans to invest more than 20 billion yuan in 200 new releases to supplement six genres of variety shows and five genres of drama series, Xiaohui Wang, the company's chief content officer, said at the conference.

The stock in iQiyi closed 1% lower on Friday, at $16.09 per American depositary share.