For various investors, there are at least several benefits to accurately identify the ongoing dispute between China and the U.S. not merely as a “trade war,” but as a war of “national security”.
Xu WuOct 14,2019,19:00 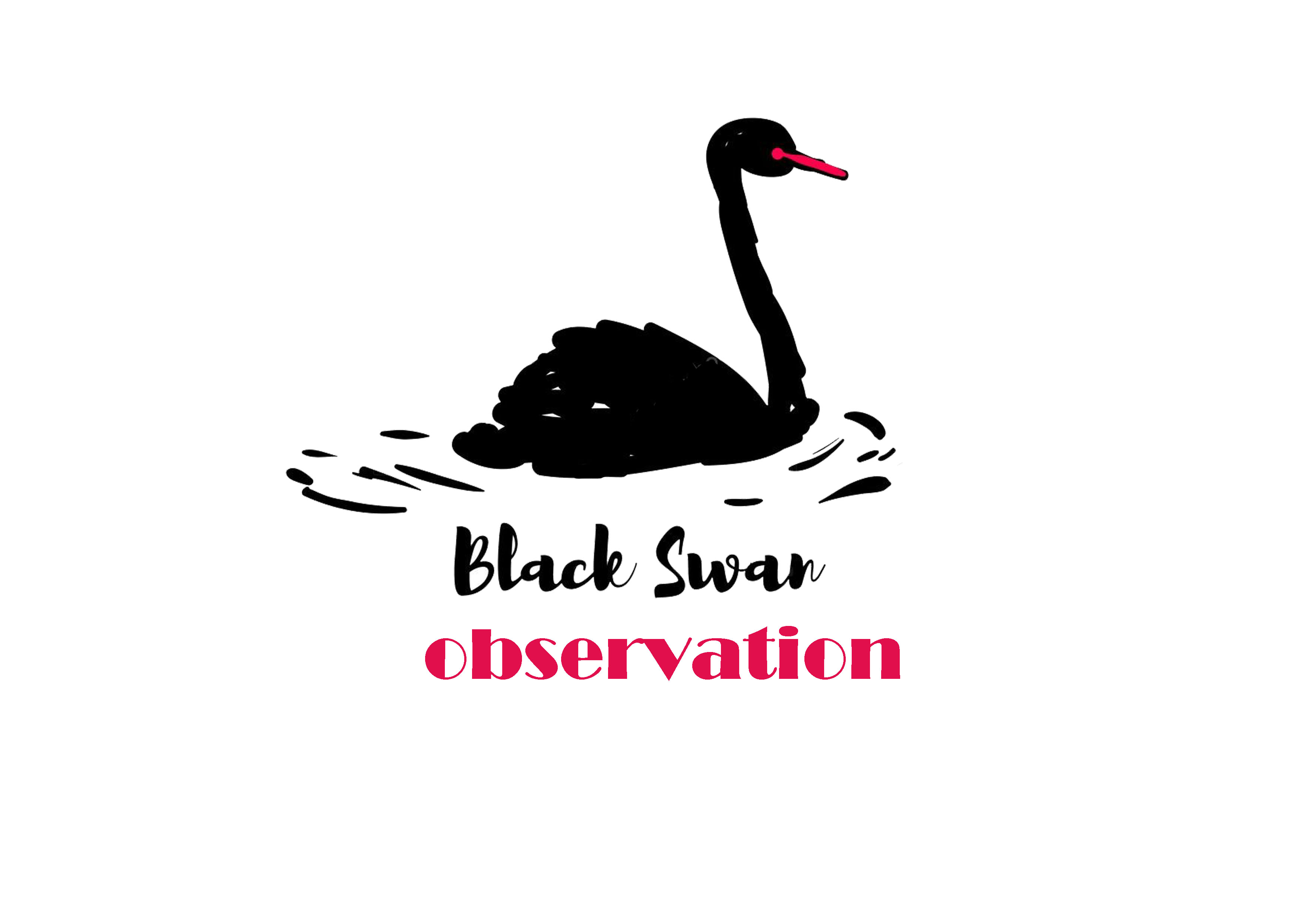 He was responding to a speech by Chinese Ambassador Cui Tiankai who reiterated the “win-win, cooperative relationships between China and the U.S.” Apparently, American decision-makers, Pottinger included, don’t agree with China’s definition of the “name” or the nature of Sino-U.S. relations, therefore feel frustrated and even annoyed by China’s repeated assertion of a “win-win,” “mutually beneficial” relationship.

On Sept. 20, Matt Pottinger, former U.S. Marine and a veteran China correspondent for Reuters and the Wall Street Journal, was promoted to the position of Deputy National Security Adviser, the No. 2 figure in charge of China-related affairs. How would he then define the continuous pushing, shuffling and ever escalating trade war with China?

Looking back at the two-year old U.S.-China trade dispute, a consistent and persistent theme that weaves together almost all the major decisions from the U.S. side, it has nonetheless often been overshadowed by the constant flow of breaking news, such as “China cancelled its purchase of Boeing airlines,” “China stopped buying U.S. soybeans,” or “Huawei’s CFO was apprehended in Canada,” etc. Meanwhile, the real estate mogul-turned President Donald Trump pointed a finger at China’s unfair trade practices, from “China cheated us for decades,” “China has stolen our intellectual property” to “China took away jobs from American workers.” etc.

This rhetoric gave people a mistaken perception that the trade war is about the unfair, unbalanced bilateral trade between China and the United States. In other words, down to the bottom, this fight is about money, and as long as the trade deficit will be trimmed through China’s massive purchase of American soybeans, airplanes and energy products, the problem will be solved and all will be well again.

This understanding is an utter delusion. Using Pottinger + Confucius’s response, the name here is not well defined.  As far as the U.S. side is concerned, from day one, this so-called “trade war” is NOT a war about trade; instead, for Americans, this is a vital and even existential battle of “national security.”

Remember that the first shot of this ongoing “trade war” was fired with the increased tariffs on steel and aluminum products exported to the United States. On March 1, 2018, President Trump announced that the U.S. would impose sweeping tariffs on imported steel and aluminum products with its trading partners. This harsh decision was based on a Commerce Department investigation which concluded that imported metal threatened national security by degrading the American industrial base. Although China was ranked No. 10 on the exporter list, every keen foreign policy observer knew, after reading the exemption list, that the bull’s-eye was on China’s back.

The first time that the U.S. government unequivocally unveiled the banner of “national security” and imposed sanctions on China’s high-tech industry was banning China’s ZTE, one of the largest telecommunications-equipment makers. Still, the hefty penalty given to ZTE was under the disguise and excuse of sanction violations. Up until the arrest of Meng Wanzhou and subsequently putting Huawei on the blacklist, the one and only one excuse left was “national security.”

Following this rationale and logic, it is a natural and inevitable development that the Treasury Department would label China as a currency manipulator and the White House was debating the extreme measures to shut out Chinese corporations from U.S. debt market or even to delist those Chinese corporations currently listed on the U.S. stock market.

For various investors, there are at least several benefits to accurately identify the ongoing dispute between China and the U.S. not merely as a “trade war,” but as a war of “national security”.

First, understanding the premise and context of the U.S. war of national security with China would help investors give up the unrealistic expectations about the timetable of negotiation as well as the final outcome. Simply put, this war would be long, hard and nasty. Sometimes it may seem the two parties are close to a grand deal; and sometimes the talks may run into a wall and almost collapse entirely.

It is fair to say that the final result will not be a return to the harmonious past; also, it hasn’t reached the point that the fight will immediately spill over to other geopolitical or even military fronts. While each side pushes the envelope, test the other side’s bottom line, it also solidifies and straightens out its own stance.

The most plausible result, at least in the medium term, would be a partial resolution with compromises from both sides and a phased schedule to implement. However, as the market may finally breathe a sigh of relief, disputes are bound to arise again, and the deal would be shelfed, with everything back at the starting point. This back-and-forth attrition would sabotage the remaining mutual trust, while boosting the hostilities and antagonism in the public. Just because the trade war is not about money, the global money-prospect would be hurt badly.

Secondly, knowing that the fight is about national security, the investors have to embrace the painful decoupling or divorce process. Circling around the core of national security, every business activity, every commercial product, and every industry in a society can be ranked in order based on its relationship with the core. Examining the attack angle and approaches from the U.S. over the past two years, one can’t help but notice an evident thread, from the core industrial base to the high-tech and telecommunication sector, to the banking and financial sector, to the consumer discretionary products, and finally to the information and value-based domain. It goes from the inner core to the outer peripheral, from the physical and concrete to the abstract and intangible, and from hardware to software. Like peeling an onion, one layer at a time. This national security rank order may very well be applied to a slew of Chinese corporations: Aluminum China—Huawei & ZTE—Bank of Communication—Taobao & Pinduoduo—Baidu & Tencent, based on their respective significance on the national security radar. When a bird nest is fallen, it is hard to find an intact egg. Under the omnipresent umbrella of national security, no companies is spared from the outcry or scrutiny.

Last but not the least, knowing the nature of this ongoing fight, it is almost mandatory for investors to reorganize their portfolio, preparing for the unknown and potentially a nasty market crash in the near future. The logic is simple. Given the fact that the U.S. has identified China’s economic model and development path as a threat to its national security, there is but one way to turn around American decision-makers’ mindset—a bigger, more urgent and real national security threat pops up from somewhere else. For example, American’s suffocating sanctions against Iran leads to a deadly escalation, eventually detonating the powder keg in the Persian Gulf and engulfing the whole area into chaos. For another example, the trade war between the two largest economies finally takes its toll by the end of the year, shaking the foundation of global economy and dragging it into another severe financial crisis. Another possible scenario might be that the impeachment of President Trump further poisons the political atmosphere, which leads to the shutdown of federal government or even a constitutional crisis. Regardless of whichever scenario finally sticks out its ugly head, the impact to the global financial market would be the same: a bloodbath.

“National Security” might be one of the most abstract, misunderstood, and mis-used concepts.  Wielding the hammer of national security, every problem in front of you easily and naturally become a nail. Through the lens of national security, the strength of your enemy is likely to be exaggerated, and its motive to be vilified and denigrated. Two weeks ago, while holding a press conference with the prime minister of Australia, President Trump, for the first time, defined China as a “threat to the world”. He said, “Obviously, China is a threat to the world in a sense, because they’re building a military faster than anybody. I view China in many different ways. But right now, I’m thinking about trade. But, you know, trade equals military.”

Indeed, without a proper name, how can you talk the talk, not to mention walk the walk? That said, with a well-defined “trade war of national security”, the U.S. side can now get its message across easily and smoothly. However, a much larger threat is looming on the horizon, in which a preemptive war to safeguard national security may turn out to be the exact trigger that ruins it.

Topics:PERSPECTIVE: U.S. is Fighting a National Security-oriented Trade War With China
READ MORE
COMMENTS0 comments
Sign in
We reserve the right to remove any content at any time from this Community, including without limitation if it violates the Community Standards.
SUBSCRIBERS ONLY
MOST READ
LATEST NEWS
HOME
CHINA STOCKS
U.S. STOCKS
COMMENTARY
INVESTOR RELATIONS
INVESTIGATIVE RESEARCH REPORT
ABOUT US