The company, which previously focused on peer-to-peer lending, plans to increasingly fund the loans on its platform through institutional partners. 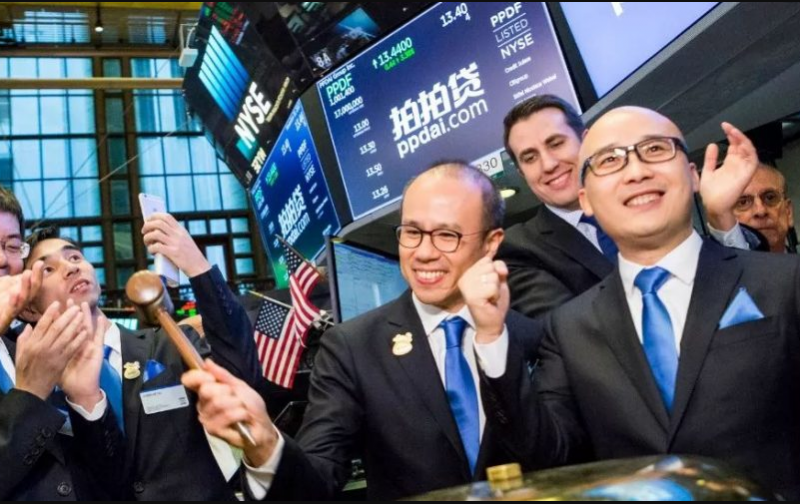 The stock in PPDAI Group Inc (NYSE: PPDF) closed 7% higher, at $2.83 per American depositary share, after it announced on Wednesday that its made progress towards expanding funding from institutional partners in the third quarter by reporting strong loan origination volume.

For the third quarter, the Shanghai-based online consumer finance marketplace company said, loan origination volume facilitated by institutional funding partners jumped to $2.64 billion, up 90.7% compared with the second quarter, it said in a statement on Wednesday. Total loan origination volume was above PPDAI’s guidance, as it reached $3.51 billion, up 13.7%, compared with the previous quarter.

"We are pleased with the rapid and successful expansion of our funding sources towards institutional funding partners,” Jun Zhang, the chairman and co-chief executive officer or PPDAI said in a statement on Wednesday.

The latest report of active institutional funding partners on PPDAI’s platform occurred in its second quarter earnings report, when Feng Zhang, the co-CEO said the number reached over 20.

Founded in 2007, PPDAI specializes in providing cutting-edge technologies, and automated loan transactions, helping contribute to a superior user experience. Through June, the company had over 99 million cumulative registered users.

PPDAI raised $221 million towards its initial public offering in 2017, but has dealt with challenges from Chinese regulators in the P2P industry. Chinese regulators have been forced to tighten up on regulations in the lending industry, due to uncovered Ponzi schemes and a swarm of fraudulent deals over the past few years.

6,000 P2P companies operated in China in 2015, in August that number slipped to 708. The decline in the industry is expected to get worse, due to a launch of a registration process. As earlier this year, the  South China Morning Post, cited Hongyan Xue, director of internet finance research center at the Suning Institute of Finance, estimating that just 100 P2P platforms would survive the process.

Also, to help with the expansion, PPDAI announced in a statement in August, it would meet institutional investors In three separate conferences in September.

PPDAI announced last month, it will hold its annual general meeting on Nov. 5 with its shareholders, centered around changing its name to FinVolution Group, located in Shanghai.