The company has moved on to a new chapter with new core values after saying farewell to Jack Ma. 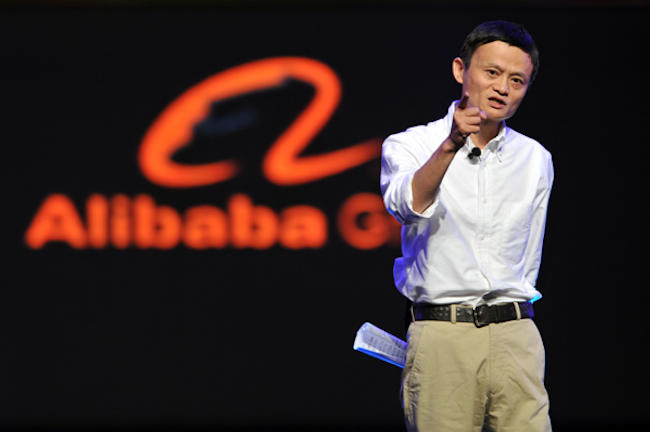 Alibaba Group Holding Ltd. (NYSE: BABA) refreshed its core values on its 20th anniversary in business under a general mission to make it easy to do business anywhere.

China's largest e-commerce company, led until this week by legendary entrepreneur Jack Ma, has announced six core values on Tuesday. Firstly, it said it intends to be a "good company that will last for 102 years" in the fast-changing digital era, rather than to pursue power or scale. It also seeks to serve 2 billion consumers, create 100 million jobs and help 10 million small- and medium-sized enterprises to thrive by 2036, according to its statement.

"It cost us so much to rebuild company values as our purpose is to find our fellow travelers in the next five, ten and 20 years, heading for the future of 102 years later," Daniel Zhang, the chief executive officer of Alibaba, said.

The company removed "passion," "honesty," "teamwork," and "professionalism" from its former core values and kept "customers first" and "trust."

The new values are as follows, according to Alibaba-run website Alizila: 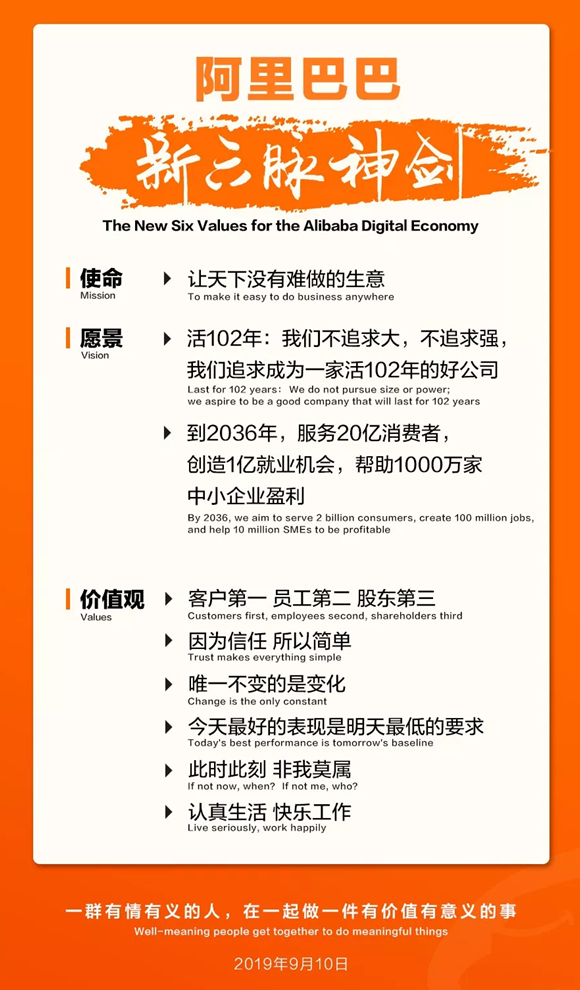 "A company has to have belief that they're trying to do something that's really a higher calling," executive vice chairman Joe Tsai said in a statement on Alizila.

Jack Ma, Alibaba's chairman of 20 years and China's richest man, has stepped down this week and passed the reigns of the corporation to Daniel Zhang, its chief executive officer.

Shares in Alibaba closed at $174.99 per American depositary share on Tuesday, down 2 percent.